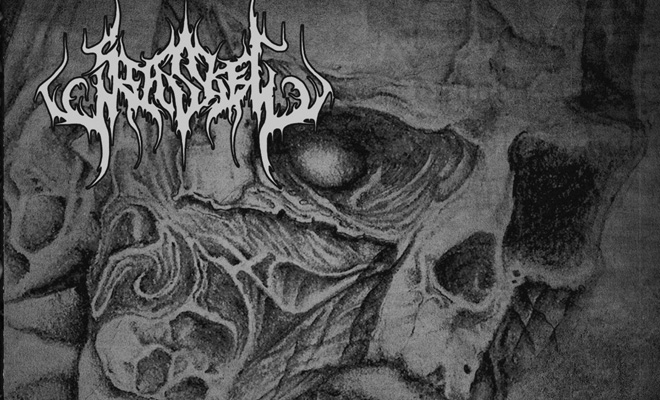 Welcome, metalheads! Bludgeon and hack, Al Necro’s back! This time we have a ghastly brew of blackened death metal insanity, courtesy of underground Chilean band, Siaskal, with their fiery EP, Jatenentolpen Thejin. Holy water won’t work on this hellacious beast. The album is comparable to the devil’s hyperactive lovechild with Lilith, all rage and intensity. Oh holy house of horrors, you’d soon say, listening to stuff like this. Take your inverted crucifixes and march into the twilight in a blaze of glory, razing Churches and raising ghouls from their graves.

Siaskal go hyper, then slow down for a fill-in, then blastbeat your eardrums into submission. The vocal vomits are no joke, just steady, and as blasphemous as a black mass. The songwriting isn’t really nuanced, going for all-out brutality above all else. The riffs aren’t dirgy, or superdowntuned. One can hear the riffs clearly, as they sound like a hybrid of first wave black metal and 90’s death metal ala Incantation. There’s definitely some Incantation-style to the playing, besides the tremolo riffs that accompany the blastfests.

The drummer doesn’t spare double-bass kicks, or hold back during fill-ins. Turned up, the beats sound like rocks rolling down the hillside into town.

Looking at the cover, I expected some raw black metal, but was completely mistaken. The material on this album would slay played live, and I am certainly excited to hear more from this promising band in the future. This band should make some noise in the underground.

Riffs going a million miles an hour, JT is still anti-technical. The sixth-string worship makes up most of the lead work, with tremolo riffs to bridge sections where they transition into other riffs. This is not a stanza, bridge, chorus, stanza structured record.

It’s hard to feel jaded about this album, even though the style isn’t new. The album makes efficient use of the short runtime, blowing apart the recording studio in under fifteen minutes or so.

Yes, the album is brutal, but the licks sound rather catchy, even though the songs flow more than showcase tight structure. The riffs don’t just sear, they do so with style, helped with melody reserved for descants with the devil.

There are no intros or ballads. No interludes featuring incompetent rituals. Fans who like bestial black/death/thrash from South America should appreciate the Incantation influence here. Bang your heads, metalheads, or as they say, it’s off with them!