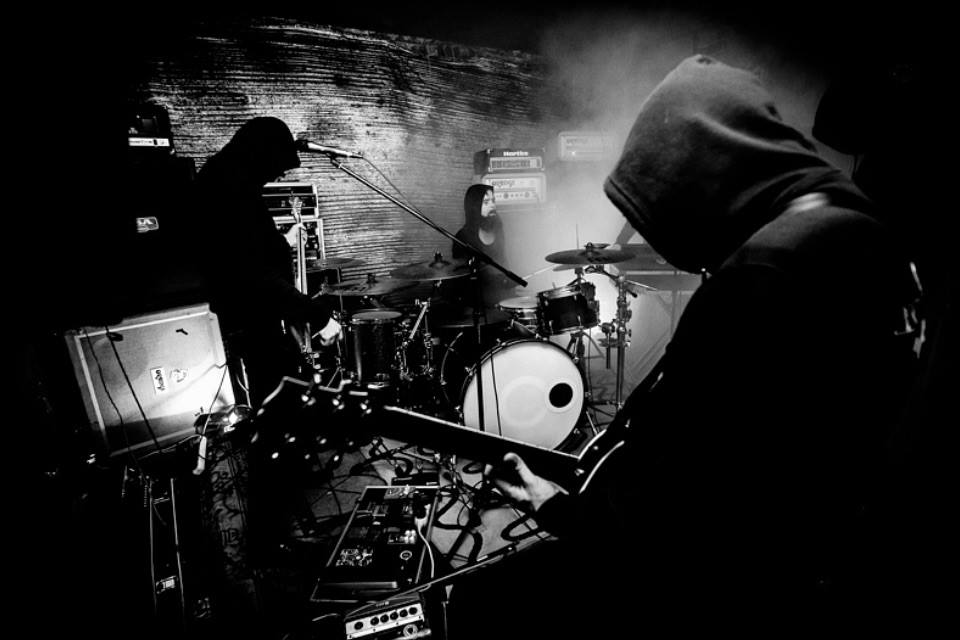 I was introduced to Thaw a few months ago, when they released their split with another Polish band, Echoes of Yul (you should also check them out, and especially their second full-length, Cold Ground, for some really cool atmospheric doom/drone). But Thaw really captivated my attention with their ambient black metal and their noise influences, so I did some digging and had a listen to their first, self-titled full-length, which sounded very promising. So I was quite interesting to see what they would do for their sophomore release, Earth Ground, and how their sound would evolve.

Thaw’s guitar work on this album is flawlessly worked out, and that is the strongest weapon that the band has. Their twisted melodies give the listener an eerie feeling – a prime example being about one minute in to “Afterkingdom.” What I also found quite interesting was the certain influence of Ved Buens Ende in their music. The paranoid tones of “Sun” and the melodic lines of “No Light” definitely have something of the bitter sound of the legendary Norwegian black metal act. There are even cases when Thaw go completely mind-bending with their guitar lines; for instance, about four minutes in to “Soil.” And what ties in brilliantly with all this is the extent to which Thaw are willing to use dissonance. The chaotic vibe at the beginning of “Afterkingdom” is phenomenal, while at other times they make their songs even more intense, as is the case with “Second Day,” and especially “Last Day.” When you add on top of all that their heavier moments, with their huge riffs, as is the case with “No Light” and with the progression of “Winter’s Bone,” you hear how versatile and interesting this band can be with their music. Their more mid-tempo moments are equally stunning, for example, the start of “Winter’s Bone” and midway through “Last Day.”

But that is just one aspect of the band. Thaw is more than just a black metal band with good guitar work. Their song structure is predicated on their use of ambiances, and they have quite a range of them. In “Afterkingdom,” there is an almost majestic presence, aided greatly by the mid-tempo groove of some parts, shedding light on a different aspect of Thaw. When things have to get even more dark and sickening, they bring the perfect atmosphere, as is the case with the bleaker and more devastating “Sun.” A more ritualistic setting is brought forth in “Soil,” and the trippy vibe of “Winter’s Bone” is certainly something unique. And they can even go as far as using standalone ambient parts when they think that is necessary for the maximum impact, as they do in the ending of “Sun,” binding it together with their more abstract themes, and in the beginning of “Last Day,” before they unleash an all-out assault. Thaw finds ways to fill the space of their music, adding more dimensions to their sound. Their use of effects is terrific. The guitar delays at the start of “Soil” give more momentum to the song, while in other cases they can make the whole background very imposing, something that they achieve in “Winter’s Bone” and “Last Day.” And when you add to that their inclusion of noise influences, things get even more terrifying. The excruciating moment about three minutes in on “Afterkingdom,” gives you a glimpse of the extent that the sonic extremity of the band can go to. In “No Light,” the noise fills up the background, creating a solid foundation for the song, while in “Second Day” they show that they can have just noise in their track and still make it interesting.

Thaw is one of the most interesting black metal bands that you will probably find out there. The effort that they put into their song-writing and performance on Earth Ground is insane, while their inclusion of ambient parts, noise influences and sonic experimentation lifts them even further in my esteem.


You can pick Earth Ground up here.