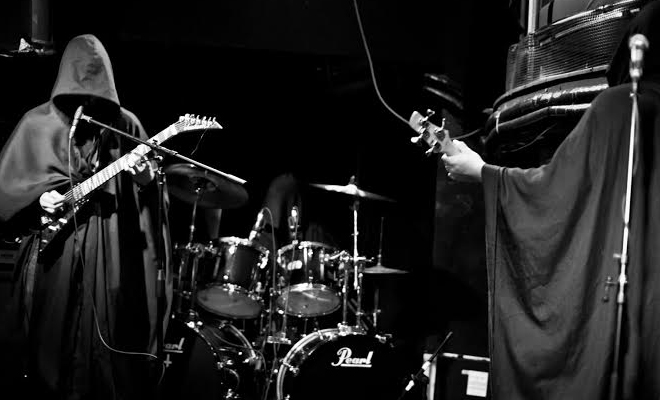 The most merciful thing in the world, I think, is the inability of the human mind to correlate all its contents. We live on a placid island of ignorance in the midst of black seas of infinity, and it was not meant that we should voyage far. The sciences, each straining in its own direction, have hitherto harmed us little; but some day the piecing together of dissociated knowledge will open up such terrifying vistas of reality, and of our frightful position therein, that we shall either go mad from the revelation or flee from the deadly light into the peace and safety of a new dark age.

-H.P. Lovecraft, “The Call of Cthulhu“

It’s with this famous quote from master of literary Horror H.P. Lovecraft that I open this review of the debut album from Canada’s mysterious Thantifaxath; it was the first thing that popped into my head upon making my first go-round of the six tracks that comprise its makeup, for it is more relevant today than it ever has been. It’s my contention that in light of all the information gathered from years of exploring the cosmos, that that dark age is here, it is now.

What must ultimately be deduced from all we know about the universe is that we are incredibly isolated, miniscule, a speck, i.e. nothing in the grand scheme of things. Given the band’s name, I’m sure there are some esoteric themes they’re concerned with, but for me, personally, this album is rife with existential dread on both a micro and macro cosmic level; from the kind described by Heidegger and Sartre to that alluded to by Lovecraft. For a band that stated “Freedom is Depression” on their demo, I don’t find it far-fetched at all that such philosophical concepts are at work here. Indeed, Sacred White Noise comes off as a cognitive crushing treatise on the maelstrom of sanity-shattering variables that make up our condition; it evokes feelings of estrangement, madness and the complete, utter fallibility of the flesh. We’re capable of comprehension, and yet, have been thrown into a world without meaning, and whose workings are often incomprehensible to the human mind. This sensation comes through clearly on the stunning opening track, “The Great White Nothing at the End of the Tunnel,” when the rapid atonal riffing of Thantifaxath hits full tilt and the vocalist can be heard screaming about a forgotten purpose, a forgotten name – perhaps a symptom of the madness that comes with revelation.

The opener is a good preview of what follows, as Thantifaxath often blister the ears with furious tremolo picked riffs that seem to progress to perfection, as they never feel dragged out, and always find air to breathe when necessary in slower, more chilling passages that feel downright eerie in nature. “Where I End and the Hemlock Begins” is a good example of this, and the instrumental interlude “Eternally Falling” is a better one, as it tastefully weaves a hair-raising violin into the composition. This band thrives on playing fast, eccentric, riff driven, atonal metal, but surprisingly, and much to my delight, has a keen sense of knowing how and when to scale things back in order to create a dark atmosphere through ambience as well.

Also, and not to be understated, the bass is warm, punchy, high in the mix and adds significant weight and volume to the bands attack, as does the drumming, which carries the compositions forward with skillful, blast-driven precision. Both compliment and work in perfect unison with the spiraling, Mick Barr-esque riffing that pervades Sacred White Noise, particularly on the crushingly relentless “Gasping in Darkness”. And the vocals here are very fitting for the unique, unorthodox style of metal played by Thantifaxath, as they are in no way simply garden variety, high-pitched Black Metal vocals, no – there is some serious bite to them, and they succeed fully in conveying a sense of both disassociated despair and the blind fury that comes with Man’s perpetual frustration. The nuances in tone become more noticeable with each listen and compliment the instrumentation in just the right way.

In summary, let’s just say that much like our venture into the black seas of infinity, the mind will have trouble correlating all the contents of Sacred White Noise and the attempt to do so is best undertaken with trepidation, for it is an unimpeded look into that terrifying vista of reality that Lovecraft spoke of and is nothing short of high art from this anonymous trident of flesh-searing Canadians. I don’t hesitate in calling it perfect or my album of the year thus far. It’s that good. Buy it and lose your mind – literally.

The history of Thantifaxath is cloaked in a veil of mystery, with the band sporadically presenting itself whenever it is time to release some... 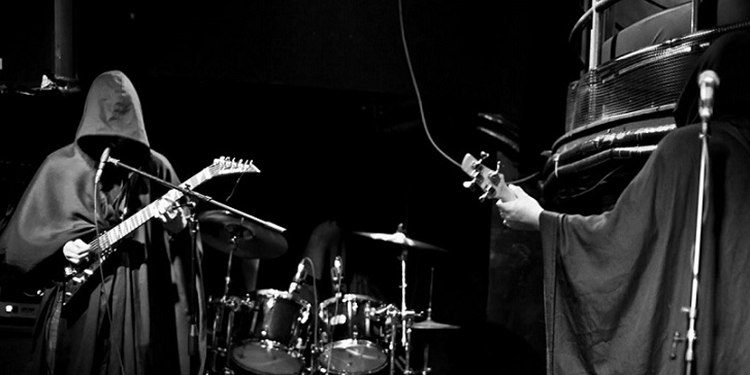