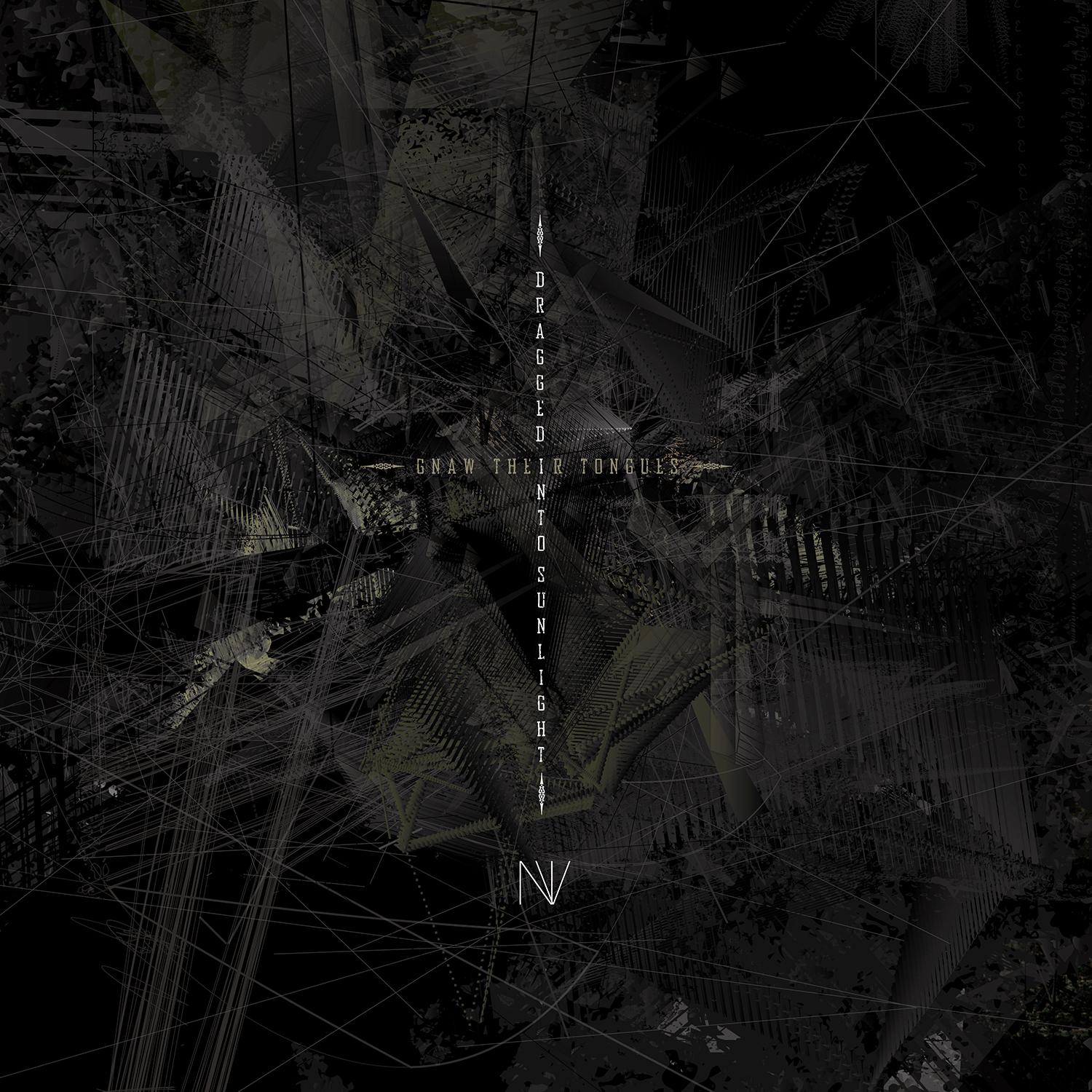 What you thought would only materialize in your worst nightmares, or in the minds of the most demented and off the rails sociopaths, has actually materialized in real life. Dragged Into Sunlight and Gnaw Their Tongues have come together to create something that leaves the listener broken and battered, and shaking in fear, crippled and torn up by a skull-crushing onslaught of wrecking and completely deliberate sonic cruelty. If both the bands’ histories and creative infamy are widespread knowledge at this point, seeing them collaborating together and working toward a common and absolutely unsettling creative goal, on the other hand represents an entire new high (or low?) in the concept of aural atrocity, and is surely something that not all ears are ready for. It is obvious that it is extremely hard to point out how many people may have taken part in this project, or how this project was birthed and developed in the first place, since it is so shapeshifting, undefinable, and seemingly genre-less more than genre-defying. And since Dragged Into Sunlight are a notoriously volatile collective with a revolving door of live and studio members, at times the music feels like the product of an experiment crafted by the forces of the unknown, with the drums appearing to be working as the backbone of an utter firestorm of electronic chaos encased in a super-structure of violently crushing walls of guitar and bass. You will soon realize that everything in NV presents itself as highly abstract and extremely experimental while also being surprisingly sharp and defined, evoking a sense of duality and of ambiguity that is unsettling and disturbing.

For example, the production is absolutely top-notch; the sounds are insanely dense and enveloping and the atmospheres and arrangements at time appear to be incredibly well-crafted and put together – yet, for some reason, the listener constantly feels like it loses its grasp on the unholy fucking mayhem being unleashed all around them, and as you helplessly struggle to try and navigate your way through the record you slowly realize that the constant morphing and deforming happening all around has created a stylistic labyrinth that seems impossible to escape. With no reference points, no familiar genre-defying elements, and no structural discipline on which to grasp, sitting through this record with out having the feeling of being constantly fucked with and taunted appears as an impossible challenge. NV is definitely one of the most seducing and ambiguous experimental black metal releases fo the year, and the best way to describe it is to simply point out how it constantly feels like Mories being chained down, sedated and forced into discipline, and Dragged Into Sunlight losing their minds and just fucking going off on an insane rampage of noise-infested chaos and senseless, post-industrial, homicidal madness. While you will hear various, and more or less obvious, similarities in NV to the work done by bands like Deathspell Omega, Indian, Sutekh Hexen, Wold, Blut Aus Nord, Leviathan, this collaboration is surely destined to remain one of the most insane, senseless and deliberate manifestations of aural cruelty to see the light all year.