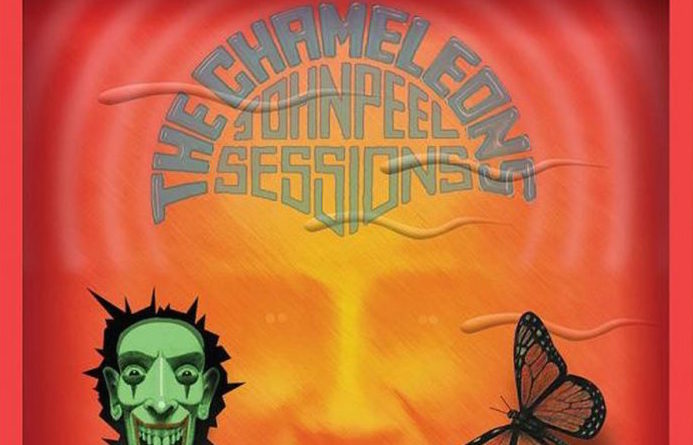 Am I allowed to pick an album that isn’t technically an original studio album? The Chameleons three 1980’s era studio albums have to so many amazing tracks but each album just has a few misses amongst the bangers like Swamp Thing and Don’t Fall. Released in 1990 but recorded over three sessions in 1981, 1983 and 1984 the Peel Sessions compilation is all killer no filler amazing dreamy morose insightful and uplifting Chameleons tracks capturing a slightly rawer live performance sound perhaps lost in some of their studio albums. Such a sonically inspirational band for myself these Peels sessions perfectly encapsulate the band at their peak.

For my album, I have chosen Wind and Shadows by Cemetery from Chicago. This is by far one of the most underappreciated albums from amongst my favorites. I remember it’s release back in 2015 really snuck up on me, I had heard their demo from 2011 years earlier, and while I really dug the dank, nasty but ferocious and catchy style of their first tape, their debut LP was a whole other beast. Even without considering the 4 year gap between releases, you can really tell that nothing was rushed in writing and producing this album. From the get go this album is on the attack, Desmond Knuska’s haunting guitar fires up with powerful riffs that never relent across the albums 8 tracks, amongst which is a cover of The Fan & The Bellows by The Chameleons. At times I feel an amalgamation of influences from other bands such as Christian Deaths Only Theatre of Pain but this really is an uniquely inspired piece.

I’ve got a shameless weakness for good bands dipping their toes into commercialism (Comsat Angels – Land, Xymox – Twist of Shadows, Flock of Seagulls always), so I’m surprised even as I write this that I’m compelled to choose the Cure at their most depraved. They were my gateway drug but I didn’t appreciate this record until I was older and, discovering Pornography in a real way as an adult, it’s the first record that resonated with me in a while the way a lot of these records did when I was a kid and hearing everything for the first time.

Robert Smiths’ voice always has the effect of being a fist around your guts – but the production on this record is so intentional, it’s somehow jarring and hypnotic. It’s percussive & discordant & some of their best poetry but I think what’s most sophisticated about it is the balance. What we’re listening to often amplifies parts of us (and silences other parts) while we’re listening to it; I mean, that’s probably what we want. I know a lot of people that might disagree but I think Pornography strikes a balance closer to reality. It doesn’t ask you to abandon parts of yourself to enjoy it or silo you in bliss or mania – all the sharp corners of life are represented. My high and low selves meet at this record – you know? It’s aged with me.

It’s a hard choice but I think I have to pick Clan of Xymox’s Medusa. I was recently at my best friend’s house (Andrea from Horror Vacuii, which is one of the absolute best contemporary death rock bands), and we were talking about our childhood and came across a Clan of Xymox tape with a mix of Medusa and the S/T. We were listening to this thing like 20 years ago, thanks to his sister Sara who is older than us and was goth as fuck, like proper goth. We obviously didn’t fully understand what the genre meant at the time or the band or anything but, with those symphonic elements, it’s crazy even when you are 13 years old and don’t know anything. In general, you can’t go wrong with the Clan of Xymox 4AD era – I love those strings!

An easily agreed upon band pick, New Orders second album is the perfect embodiment of the band coming into its own sound but still with heavy traces of its post-punk roots that from Low Life onwards began to dissipate into the newer club sound the band was following. Visually and sonically the album is perfect, romantic, bleak and catchy all at once.