If you’re not one of the current roughly 3,200 likes on Facebook that Swedish chaotic, crushing black metal band THIS GIFT IS A CURSE have – fix that right now. Open a new tab with that hyperlink right up there and follow it into what is undoubtedly one of the best bands of our time. Vicious, huge, violent, and hungry, their album All Hail The Swinelord (out October 16th on Season Of Mist Records) has the type of beating and bloodthirsty dissonant riffs that fans of black metal, crust and death metal would inject into their awaiting, starved bodies. This is the album that could potentially end all other heavy albums for me, painting a picture that most bands can’t even pick up the brush to start. The shredding complexity of powerviolence albums, feedback accents, drumming that I’m sure produced many blisters and broken sticks, slimy bass tones (I say slimy because they move like liquid in these recordings and it’s incredible), and vocals that could leave the throats of listeners a furious bloody mess. All of it unites into a sword to pierce every listener directly, and my face got slashed clean off.

Since we premiered and briefly reviewed THIS GIFT IS A CURSE’s last release they have quite obviously been up to no good, just like we’d hoped for. They took their time and created something that could almost be seen as in a different musical multiverse from what they’ve previously released. We see them transition from the grindy destruction they gave us on the Hexis split to this incredible amalgam of musical ingenious that reminds me of the vein of chaotic metalcore and hardcore bands like United Nations, Converge, Botch, Creation Is Crucifixion, Isis, etc. but still create a world of its own. To juxtapose their untamed wild sides with softer ones, there are those small trademark melodic breaks in songs that most every black metal band can be seen utilizing and building with. The album alone is a standing example of what black metal as a whole should represent in my mind, and now what it does represent in my mind. THIS GIFT IS A CURSE performing live

The opening track of this insurmountable wall is the three and a half minute “Swinelord,” and as the song that inspired the title, it usually has a high expectation. It surpasses. I set a bar high when I get into black metal because of all the bands I’ve listened to, and it’s hard for me to dig on most of it, but when I find something good – it is good. This is better than good. When I first heard the beginning, I was appalled at the insufferable excuse for production that I was afraid the entire album would be glossed in. I was afraid and repulsed when that first shriek came in and felt like a wave of bile-inducing awful work but right when that first drum hits, oh boy does it fricking hit. This album blossoms in milliseconds into a thriving, moving, earthquake of what can barely be made out as a tune and it is undeniably, irrevocably awesome. The elements of the piercing vocals, slamming guitars, havoc-laden drums, and chaos-inducing bass all become present and seem to be building as they bleed into the next song.

“New Temples” is that next song. A battering collision of sonic unrest is all that can be used to describe this song. Clocking in as the second three and a half minute song, it’s slightly shorter than “Swinelord” but it packs just as much punch as the shortest song on the album. There’s no break, no recovery, and absolutely no mercy as this track marches on into the depths of cerebral boring, gnashing heavy music. Spewing vocals and slamming instruments that make it seem as if your head is being submerged in water and jolted back up for a gasp before plunging again. A constant back and forth of brutality with just that perfect hint of the taste of death or blood in your mouth, you’re not quite sure, but you know that the elements are building.

“Rites” continues the clobber of these monstrously loud and savage tracks and it has no sight of slowing down in the beginning. Once you get through the few minutes of continued water torture and back and forth punches to the jaw, you get an interlude built in the tail end of the track. But there is no rest; in fact, this is a more restless composition than some of what’s actually played in the song, because it channels the disarray, methodical fuzz, and discomfort that bands like The Body have been using to make entire albums. The sword is being drawn from its sheath and you can see it in full view, the interlude as the soundtrack to your worship.

This break from the normal listening experience provided by This Gift Is A Curse becomes interrupted by another alarming jolt as “XI: For I Am The Fire” begins in a fit of almost melancholy instrumentals and tortured screams and continues on into one of my favorite slow-burning black metal songs I’ve ever had the pleasure of experiencing. It is very tame and almost ambient for most of the song until around the three minute and forty second mark then it spirals into a tidal wave of disaster and becomes something full-fledged as the sword is raised, the song calming back down as your petrified brain becomes aware of the danger being raised against your mortal body currently.

The sword starts its descent. The intimidating, confident, and continuous drum work constructing a very solid strut for the song’s build, reaching a bursting point and exploding outward. “Hanging Feet” truly begins and it is a doozy. My favorite on this release, the clawing vocals over almost droning instrumentals bring about such an eerie feeling while being the most enveloping and warm sounding song I’ve heard in ages. It boils down to a lacquer of sludge, slowly oozing outward and covering everything you love in dark heat, slowing down and screeching to a halt for the last good portion of the nearly eight minute song. THIS GIFT IS A CURSE photographed for promotion by Hannah Savvas

The first strike hits and “Old Lies” is going directly for your Achilles Heel. There is no escape as it’s a direct and effective hit. An almost jaunt of a first riff tears through speakers and sends a bouncing energy through every fiber of my very soul. This is a venomous and heavily lethal amount of tearing hardcore that is very impressive. Imminent danger approaches as the vocal overlays come in to close out the song.

“We Use Your Dead As Vessels” begins just as the sword dislodges from your ankle and strikes again. A dark and visceral display of brunt force as it bashes in everything in sight. Squealing guitars and brash vocals and just overall dauntless intensity fill this song to the brim, where it literally plays directly into the next song by pouring out into it, your blood spilling onto the blade.

The blade rises again, preparing for the final blow to your disarmed body. Nowhere to run, nowhere to fight back, “Askrådare” uses intimidation and the waiting game to instill fear until the arc gets set into motion as the eleven minute closer begins. A beginning swan song playing in your head, the filtered singing vocals in an elegant flashback as your life is forgiving you for all your transgressions against it and you’re recalling all the things you’ve accomplished and failed at. The peaceful quiet as it comes down, barely whistling through air and it takes your face clean off. Pain setting in, the stabs of cymbals and harsh vocals begin again. Everything becomes a catastrophe as you grasp the weight of everything that has transpired and that you’re leaving. The departure comes, you fall, and everything fades out, then there’s nothing. It is truly a grand finale in the finest sense. Cover art for ‘All Hail The Swinelord‘

Comparing this one to THIS GIFT IS A CURSE’s last album is something I can’t bring myself to do. I believe that the progression this band has gone through from one album to a split to this album has been too much to try and make sense of the two coexisting. While on the same spectrum, the two are at very, very different ends. Some similar elements are there (the confrontational, autotheistic, and nihilistic lyrics, the compositional harmony, and the vocal tone) but they are few and far between, and just barely enough to even solidify in my mind that it’s the same band! That’s such a great thing to me, to be able to almost throw yourself into a different end of a genre and end up being better than what you brought to the table before. My respect for the members goes on endlessly, and I am very, very excited to see what they bring to us next, but for now, get hooked on one of the best albums ever given to the heavy music scene and keep a close eye on TGIAC because I’m positive they’re reshaping this community from the roots up.

Keep up with them here:
Facebook
Bandcamp
Online Store

And pre-order the album here:
Season Of Mist Online Store

In this article:album, All Hail The Swinelord, HEXIS, music, premiere, season of mist, Season Of Mist Records, sweden, Swinelord, TGIAC, This Gift is a Curse 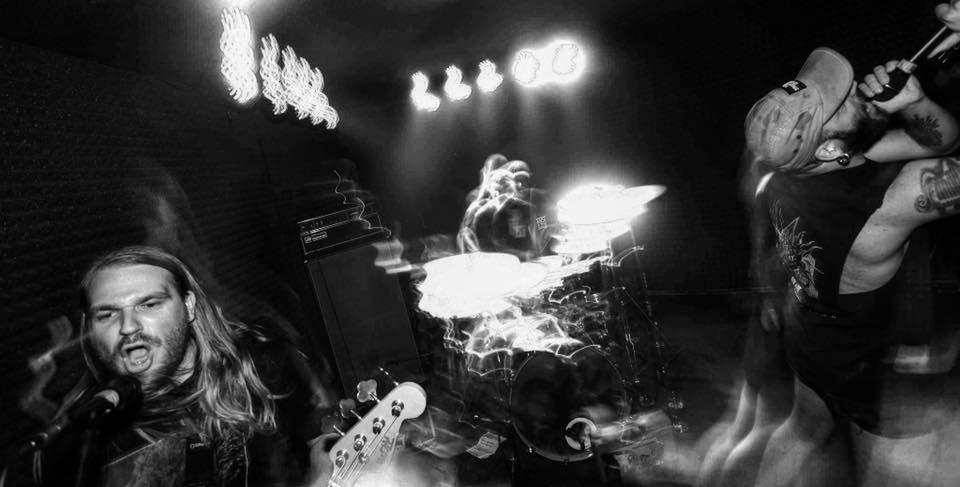 Hear the Utterly Crushing Sound of DISAVOW “See Through Me”

Punishing is the immediate word that comes to my mind when I listen to Swedish hardcore band DISAVOW blast their way through my ear...