In 1885, the Japanese woodblock artist Yoshitoshi created what would become one of the most influential early pieces of Japanese bondage art, The Lonely House on Adachi Moor. Based on a folktale about an onibaba (demon hag) who killed pregnant women to eat their fetuses, the piece is startling even today in its depiction of suspension and torture. It was instantly controversial, despite Yoshitoshi’s established reputation as an artist who explored extreme themes. Japanese authorities banned the print shortly after its release.

Illustrating the legend of the onibaba was not a new idea. Yoshitoshi’s teacher, the master woodblock artist Kuniyoshi, was also fascinated by the legend and had created his own terrifying diptych 30 years earlier – an interpretation that is arguably even more overt in its violence. But Yoshitoshi’s version endures in its unsettling simplicity. His decision to suspend the victim from the ceiling, her hair dangling over the onibaba’s fire, added an unforgettable element of shock and horror.

What inspired the artist to depict a suspended victim? Rope bondage has a long history in Japan, including its use in earlier eras as a means of restraining and binding prisoners. During the Edo period (1603-1868), suspension was an officially accepted means of torture to extract confessions from suspected criminals. Yoshitoshi, who was born in 1839, personally lived through this era and would be familiar with the practice of suspension as torture. And he had already explored rope bondage in his artwork – most notably in his notorious 1867 series, 28 Murders in Verse, which also features an image of violent inverted suspension. The success of that earlier series may have influenced his later work.

After suffering a series of mental breakdowns, Yoshitoshi died in 1892 at the age of 53. Japan modernized rapidly after opening to the West in the 1850s, and woodblock printing came to be viewed as dated and unfashionable in light of the many new styles of artwork available. Ironically, some of this new artwork would take direct inspiration from Yoshitoshi’s work, extending his influence far beyond his chosen medium.

The Lonely House on Adachi Moor continued to circulate within Japanese bondage circles for several decades. In August 1953, Ito Seiu praised the work in the Japanese fetish magazine Kitan Club. In October of the same year, the magazine published a full-color reproduction of the image in an issue that also featured other suspension artwork. 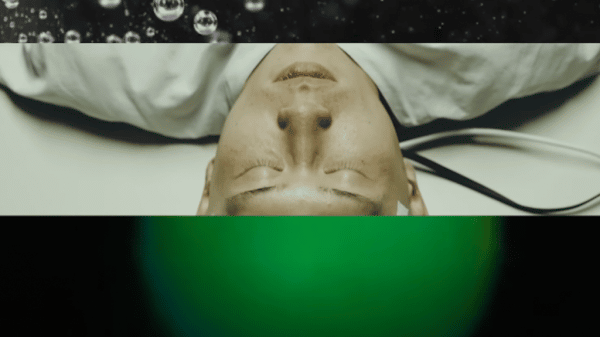