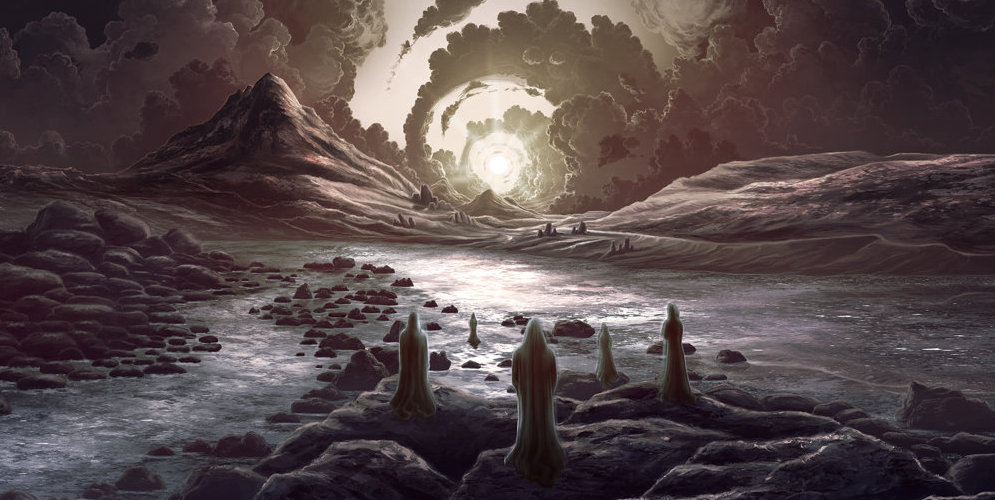 Sunnata started off their career under the awesome name Satellite Beaver. Now, I do not know how you walk away from something like that, but for whatever reason, they did, changing their name and putting out their Asteroid single and Climbing The Colossus album under the new moniker.

When it comes to stoner rock and its mixture with sludge, you do get a lot of space exploration, desert-like sceneries and drunken grooves. At least from most bands around, and even though such aspects exist in big part on Sunnata’s sophomore record, Zorya, there is always an underlying factor filled with ritualism and darkness. The spacey attitude does not lean just towards dreamlike quality alone, but also to a ceremonial-like approach, with moments such as “Long Gone” and the more peaceful parts of “New Horizon” pointing towards that direction.

However, that does not necessarily mean that the basis of their sound is extremely diverse. The heavy stoner rock setting of “Beasts of Prey” and its drunken groove introduce the intoxicating effect of the album, as do its motor-like manifestations filled with power and energy leading to breakdowns throughout the record. The heavier attitude of stoner rock comes rushing in with “Long Gone,” while the extent to which the band will travel in noise propagation is unveiled completely with “Again and Against,” as Sunnata showcase a complete disregard of what is sonically acceptable and set up the track in a sickening manner before retreating to their stoner rock tone.

As big as the stoner sound might be, when an even heavier approach is needed, Sunnata just dig up the sludge dirt laying around beneath the surface. The switches between the heavy riffs and the groove are all fed through the destructive force of sludge, as the echoing vocals craft a dystopian setting. The heavier beatdowns of “Long Gone” and the big start of “New Horizon” are instances of this heavier, more in-your-face mentality of the band.

Still, as sludge is used to showcase the extremity that Sunnata are able to produce, so are space themes used in order to enhance the explorative nature of the albums. Ranging from simply spacious parts to absolute psychedelia, Zorya travels through alien-like moments in “Beasts of Prey” to the engaging psychedelic melodies of “Long Gone” and everything that exists in between, creating an additional dimension of their sound. Stoner rock is a genre in which it is fairly easy to be pigeonholed. Most bands out there do not make the right moves in further exploring their sound. Sunnata, even though they do not seem to contain that many diverse influences, and follow faithfully the elements of stoner in the inclusion of sludge and psychedelia, are able to create an album that might be as psychedelic and heavy as any other stoner rock record out there, but is also capable of giving a darker, ritualistic tone. As catchy as stoner rock, but definitely more sombre. It will be interesting to see where they go from here.