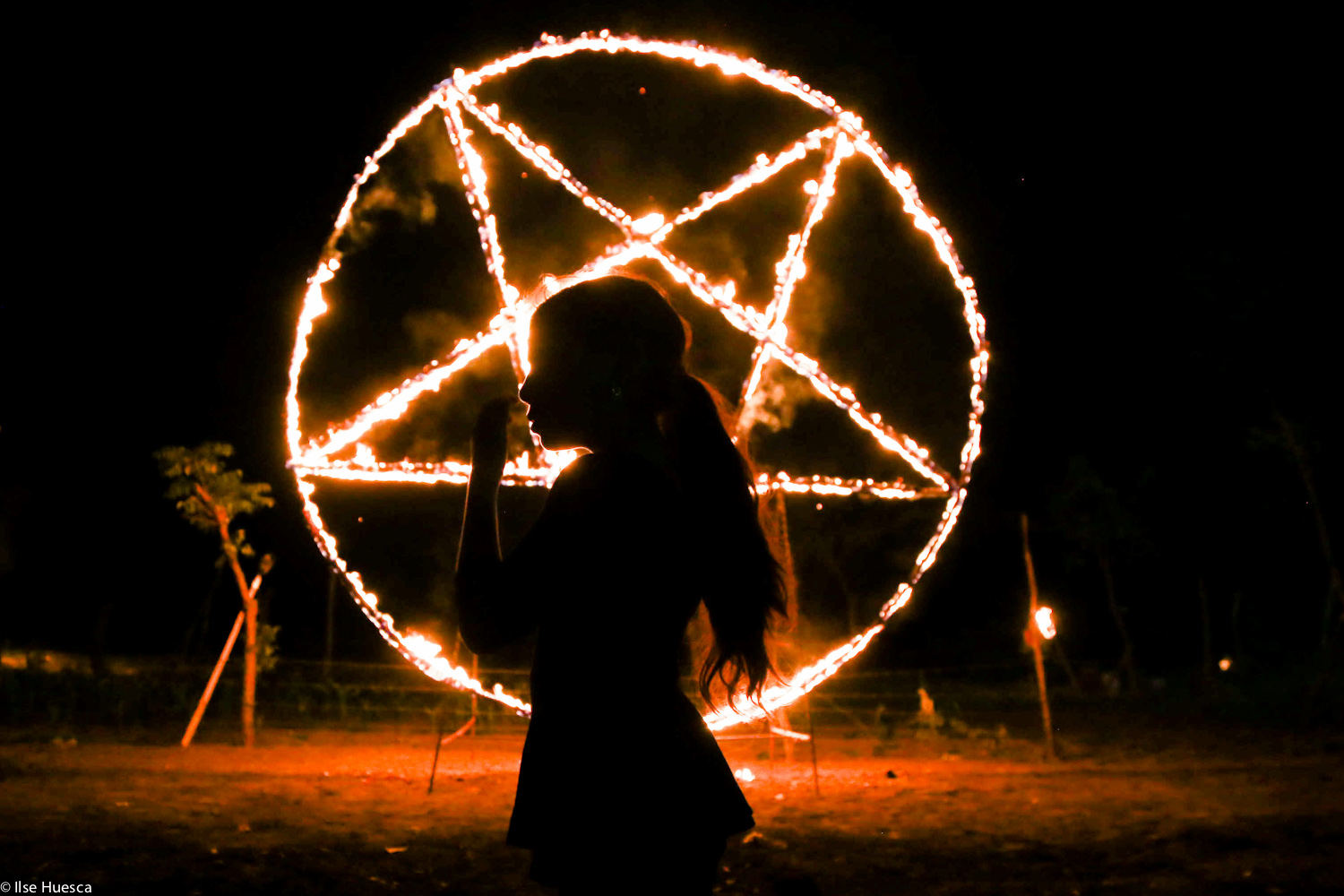 Catemaco, Mexico, is already famous for being the home of brujos and mysticism, a special, powerful place where people come to seek a magical solution to their problems and ills, but these amazing photos of a black mass conducted on the first Friday of March may bring it notoriety in another way (don’t let Trump supporters see these!). Friday, March 4th is the Dia de Brujos, and the ritual captured by photographer Ilse Huesca was meant to mark the day with a convergence of negative and positive energies, as well as animal sacrifice. This particular ritual was prepared to cure infertility, and the seven chicken and one goat were there to absorb the diseases and then be killed, the blood flecked on the attendees. The closing of the portal was done with dance and a giant, flaming pentagram. Ilse Huesca’s images are like something out of a movie, and in fact, a high priest of the Satanist Church of Mexico commented on the original post (here) claiming that this was more for sensationalism than anything Satanist. Whatever the case may be, this looks like a powerful ritual and, come on, it’s metal as fuck!