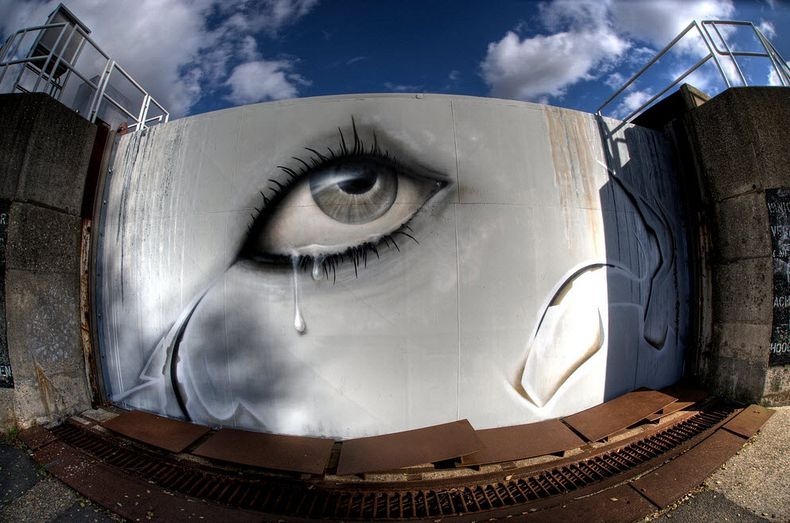 Do I love Street Art? Hell yes! While traveling all over Europe, it struck me that an art form that had started in NYC was now global. Now some of my favourite artists are from that part of the world. I came across this very interesting feature: the doomed village in Belgium called Doel that has been taken over by street artists. Check out how artists have reclaimed this village and turned it into an open air art gallery!

The history of this village, situated on the banks of the Scheldt River, lasted for more than seven centuries. However, even in our modern world, are times when historical places are doomed to disappearance. The reason for this is more than banal.

The thing is that the village Doel is too close to the port of Antwerp. More than 40 years ago, it was decided to expand the harbor of the port and in parallel to build more docks and container terminals. And Doel is the village which should be sacrificed for the ability of larger ships to enter the port. The confrontation between authorities and local residents has been going on for decades. After a couple of attempts to forcibly evict the residents, the authorities gave up for a while. But abandoned houses and the feeling like there was a war forced the residents to leave their homes. The remaining two hundred of the most persistent ones got the last warning from authorities. It is most probable that Doel will not survive. Street artists from all around the world turned the village into a living gallery of street art as a support gesture.