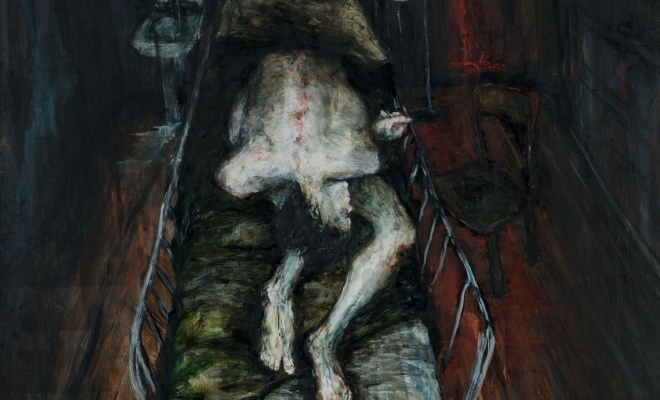 Clearly there’s something in air in Portland, Oregon that’s been breeding a city with a vibrant and healthy underground for years, especially those of the doom and sludge variety.

Stoneburner are one such band and one of the latest signees to Neurosis’ Neurot Recordings. Signing to this label immediately sets a tone, and the nod of approval from sonic titans like Neurosis carries a lot of weight for any band. Their second album Life Drawing marks the band’s true arrival into something of a wider audience. The sprawling 70 minute record of crushing sludge, doom and a peppering of hardcore make it a challenge for new listeners from the get-go, but the end result is an ultimately rewarding one. Much like how fellow Neurot band Amenra challenged listeners, Stoneburner invites you into their own dark and murky abyss.

There are healthy doses of Eyehategod to be heard in these slabs of gloom, but what sludge band hasn’t been influenced by the NOLA giants? Stoneburner, however, have chiseled out their own little identity on a canvas of expected influences, and it’s an identity that’s only likely to grow from here.

‘Some Can’ sets the tone straight away, with noisy guitars ringing out and a thick wall of bass guitars that rumble the earth beneath us at the same time. The vocals give the band a chance to flourish on their own, shifting between high, almost-BM shrieks and caustic guttural bellows.

The band’s flirtations with faster tempos keeps Life Drawing on the edge too, swaying from lethargic trudges into great barreling riffs and juddering drums that pluck a few notes from hardcore.

‘An Apology to A Friend In Need’ marks an important moment in the record too, where the tone becomes noticeably more cathartic and visceral. The clarion call that opens is soaked in emotional fervour and grit, exhibiting the crushing emotive nature of Stoneburner at the same time as deathblow riffing, the latter of which is something that infects ‘Done’ with ease, one of the “catchier” tunes of the album.

This all leads us to the coup de grace of ‘The Phoenix’, a near 18 minute jaunt that coalesces all of the record’s rich layers and unbridled power. We initially enter terrain like Sea of Bones, when at their most calm and serene, before gently but firmly swelling in intensity around the eight minute mark and blooming into the wretched beast we had been familiar with throughout the record.

Life Drawing is a rich and compelling record, one that is exhaustive but never overstays its welcome – a difficult balance for any band to master, but that’s exactly what Stoneburner have done.