We all consider the album to be a very personal release… it’s centred on a sort of inside/outside dichotomy.

Ever feel that moment in a particular song or album that makes you lose all sense of time and space? That connection you feel so deep; the outside world ceases to exist. Stockades debut effort, Open, is full of these.

This Melbourne-based outfit have been around for a while now, releasing a plethora of seven-inches and splits, but it took three solid years before they were able to creatively develop their first full length. One listen, and you will understand why.

Jess Willoughby chats with band ahead of the album’s release, with pre-orders available now via Lacklustre Records.

Pre-orders are now live for Open. Are you all excited to have your debut finally in the flesh?

NED CLARIDGE: So excited! It’s been nearly three years since we first started working on these songs and we have spent so much time trying to improve them. That’s so many hours of stressing, in the hopes of making a solid record. Hopefully that shows and people are into it.

Has this album lived up to what you wanted personally for this release?

ALLAN STACEY: It’s hard to know what to expect when going into recording. Even after we did pre-production, you hear things that didn’t sound like they did initially. We made some tweaks here and there and we think it turned out pretty well. There’s always things when listening back that you may have done differently. But it’s best to not think about it too much. I think, collectively, it has surpassed our expectations; which is a nice feeling.

Open was recorded at Black Lodge Studio in Melbourne with Joel Taylor on engineering and mixing duties. Stockades has worked with him before many times, but why was he the right person for your debut full length?

JOE STERLEY: We had worked with Joel on the split we did with Rolo Tomassi (2014) and he was just a great person to work with. He has a lot of great ideas that really improved what we were doing. We all agreed it felt right to work with him when recording an LP. We will definitely record with him again!

What were you aiming for, production-wise, considering Open is your debut LP?

ALLAN STACEY: Last time, we tracked all of the instruments live. This can be pretty limiting from a mixing perspective. This time, we tracked guitars live over drum and bass tracks to keep that live feel, but helped to get our guitars more precise. Joel (Taylor) was pretty much up for whatever we wanted, which again made it a more comfortable environment to work in. He seemed really into the recording and offered really good input that helped shape our record.

Why was Brad Boatright (Audioseige Mastering) a good fit for this album?

NED CALRIDGE: Allan’s other band, Outright, worked with Brad before and the record turned out really great. We also wanted a heavier and more raw master. Joel (Taylor) suggested that Brad would be a really good option. He has done a bunch of other records that we love too, so it wasn’t a hard decision in the end.

Did the band leave anything open to experimentation once you hit the studio?

NED CALRIDGE: The only thing that was different this time was that we had more time. We had time to do pre-production, which we’ve never done before. That gave us an idea of how everything would sound and also allowed us to change some things we weren’t happy with. There were some times when we recording guitars where Allan or I wanted to try something different and we would just try it out to see if it worked. If not, we’d work something else out.

What did you find most challenging about recording Stockades first full-length?

ALLAN STACEY: Writing the songs was by far the most challenging; not so much the recording. Aside from the standard stress and frustrations that come with trying to play your parts the best you can. Every error you make is highlighted in the studio and having to repeat parts over-and-over again until it’s on point can really psych you out.

Were there any personal highlights from the entire recording process?

ALLAN STACEY: It was just really nice to be in the studio together and finally recording a thing we have all sweated over for so long. Hearing the songs as they came together made it all feel worth it. Hanging out at Black Lodge is awesome as well. Joel (Taylor) has a projector onto a giant wall and after every session we would just smoke ciggies, drink beers and watch Gorgoroth videos.

Open is an album that gracefully unfolds. It shows how far Stockades has come—from dizzying and driving highs to those subtle, yet piercing, quieter moments. Is that what the band was aiming for?

JOE STERLEY: There was a big focus on dynamics and contrast throughout the writing process. The structuring of the songs individually, and the album as a whole, was the subject of many contentious discussions. We wanted it to be really diverse, which was one of the advantages of writing over a long period of time.

Speaking of time, this album took between two-to-three years to put together. Did you feel like the process was all-encompassing at the time, both mentally and physically?

NED CLARIDGE: We spent a lot more time ensuring the entire release was a collaborative effort; instead of just being a release that was composed entirely by one person. We aimed to ensure that every idea or suggestion was thoroughly explored in order to create songs that we were all happy with. Stockades has always sat well in the ‘post’ category. But the influences on this release—from jazz to math-rock—have been really fleshed out, including the diverse instrumentalisation. How were you able to bring it all together in a coherent way?

ALLAN STACEY: When the band started, we were all very into math-rock and post-hardcore. We always wanted to find a a way to combine those sounds to make something unique. I think, over time, the songwriting has improved and we have all developed our own personal tastes. Those influences, whether you mean it to or not, will always creep into what you write.

Was the album written in a stage of transition or stability? And how did this impact the final outcome?

ALLAN STACEY: The band started when we were all about 20. Over time, we have all grown to be different people with different interests and ideas. At the same time, Stockades is a common love that we all share. As a whole, I would say we were definitely in a transitional period more as individuals, than as a band. The only way this impacted the end result was just the length of time it took to do it.

Vocally and lyrically, Open really lays everything on the table. It’s raw and visceral; revealing some real emotional highs and lows for the band. Would you consider the album follows a consistent theme?

NED CLARIDGE: Thematically, the album is centred on a sort of inside/outside dichotomy. We all consider the album to be a very personal release. Writing the album across a three-year period was a great, but also stressful, time.

Can you delve into the backstory on what has become your favourite song on the album personally and why?

ALLAN STACEY & JOE STERLEY: I’m sure it would differ depending who you speak to, but we really like “Stray.” I think it uses all the various styles we have been known for musically. The song came together really quickly and we didn’t need to mess with it too much when it was done. The lyrics are about breaking free from a situation of oppression. It relates to the mandatory detention of refugees and other people who suffer under a system that violently denies their right to be free.

“Nuture” is a personal highlight. Can you describe the backstory behind this track?

JOE STERLEY: “Nurture” took longer to work out than other songs on the record. It’s different from our other songs; being quite a slow and stylistically diverse. The lyrics are about the process of coping with the death of a loved one. It’s the most personal song of the record. but I also hope that other people can identify with some of the ideas. The gorgeous artwork was created by Adrianna Mammimo. What originally drew the band to her style?

JOE STERLEY: Adrianna moved into Ned’s house just under a year ago and we think her artwork is amazing. She is extremely talented. We actually ended up using something that she had drawn previously. It reflects some of the ideas in the album around perspective and human connections with nature. It acts an appropriate juxtaposition with the album’s title.

We are so grateful that she let us use her work for our record. We spent a long time trying to come up with ideas for art, but her piece is just so much better than anything we could envisage.

How do you feel the title for the album reflects the recording as a whole?

JOE STERLEY: Open spaces. Open mindedness. Open access. It stemmed from different lyrical themes on the album. About how people receive information, how information is presented and what information is made openly available. And how that shapes a person’s ideas about issues that, in turn, can affect everyone. It’s also reflective of the way we think about our music and how we want to present it. it We made something that best represents us, but encourage other people to interpret it for themselves and hopefully get something from it. Stockades also chose to release your debut through Lacklustre Records. What drew the band to them?

NED CLARIDGE: Lacklustre Records just seemed to make so much sense when we began approaching labels. Jordan (Leekspin) is one of the most kindest people we know and we are all really grateful for all that he has done. The amount of incredible albums released on Lacklustre is ridiculous.

Any plans to do a full-scale Australian, or even international, tour off the back of this release?

NED CLARIDGE: Definitely. Probably won’t be until the end of the year though. We are doing a few small release shows around Melbourne and Sydney in August, but plan to organise an extensive tour in the new year. Any opportunity to head overseas would be incredible and we hope we can organise something in the future. 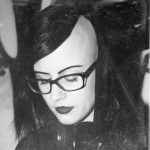