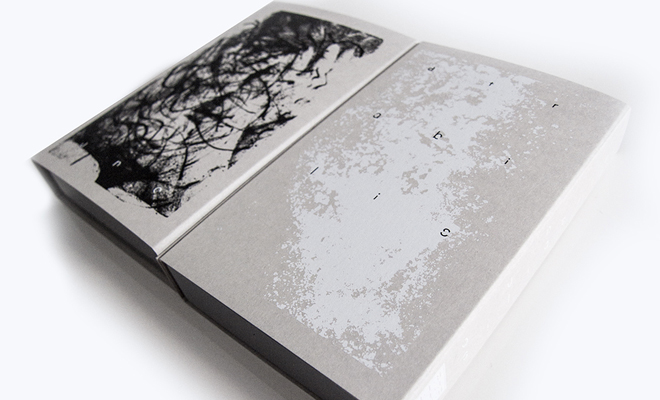 With just two songs, each yawning well past the ten-minute mark, Spanish experimental black metal outfit Atrabillis‘ newest outing Uno is a profound exploration of the murky depths other lunatics such as Utarm and Gnaw Their Tongues plumbed on their twisted, cavernous musical voyages. But while other projects styling themselves “experimental black metal” opt for a more unsettling and spine-tingling style, Atrabillis’ work, stretching back to its 2010 eponymously-titled EP, seeks to run a full gamut of emotions – from unease and sorrow to more traditional black metal anger. Both songs explore different aspects of the crossover between experimental and avant-garde. The first, innocuously titled “Undécima Parte” (‘Eleventh Part’), veers ponderously between walls of tremolo’d guitar and blast beats and a monumental ambient section that occupies the song’s middle. For nearly five minutes, all aspects of black metal are forgotten in lieu of dissonant, clambering bells that almost invisibly change tempo. It’s a change that comes suddenly – with the Weakling-inspired guitars and wailed vocals yielding to the bells smoothly, but no less abruptly. It’s this middle section of the first song that sees Atrabillis at their most experimental and bizarre, with the rest of the record featuring hypnotically bleak black metal. “Parte Duodécima” the song that follows, continues the metal onslaught but has the vocals shift from wails to more traditional shrieks. Indeed, most aspects of Atrabillis’ songwriting shift towards more orthodox black metal in the EP’s latter half – the guitars are slightly more ferocious and violent, abandoning the vulnerable introspection of “Undécima Parte”. The record’s second half, for the most part, stays within black metal’s well-established tropes, but its last few minutes see industrial hisses and pops contrast with stinging, feedback-driven ambience. Uno is Atrabillis’ finest outing yet, and while both of its tracks are dense and ingeniously sequenced, the end comes all too quickly.

Uno is now available via Bestiarie.

In this article:BLACK METAL, experimental, spain