Well, it makes complete sense that Coffin Birth hail from Australia, a continent thankfully isolated from the rest of the world due to the fact that every creature on it wants you dead. No really, this continent’s wildlife were pretty much designed through evolution to ensure that any encounter results in death, which pretty much sums up this three piece’s sound. Based in Brisbane on the north east coast of Australia, Coffin Birth have taken to the urban environment to unleash a venomous hybrid of Grind and the more groove-orientated aspect of the Death Metal sound. Their latest release, entitled Necrotic Liquefaction, is a nine song blast straight through your cranium, an unrelenting assault forged from the desolate surroundings of their country. Australia has a long history of pushing out some fantastic extreme musical acts, which are often overlooked due to their geographic isolation. Coffin Birth are no different, and upon hearing their latest offering of filth, I felt sort of ashamed that I haven’t been paying more attention to what’s going on lately in the Australian metal scene.

If you’re looking for thoughtful, thinking man’s metal, full of insightful moments into the human spirit or rallying cries against the dying light, you’re going to be sorely disappointed from this one. Choppy blast beats, high pierced screams and gurgling lows infect this rapid, musical trip down under. A sickening, solid product and sound that leaves no survivors in it’s aftermath. From the start of this onslaught, one is pushed through the door into Coffin Birth’s frantic battery of the senses, leaving you shell-shocked during it’s brief, rapidfire succession of songs. Even with it’s short duration, the album has a high replay value due to the sheer velocity of it’s content. The nine songs themselves blaze past you, which is essentially what good Grindcore is supposed to do when you boil it down. At points, Coffin Birth inject a little bit of the famous Pig Destroyer Death Metal-esque groove riffs into their sound, with songs such as “Diplomatic Immunity” and “Guild Ridden Erosion” showing an ability to not just play straight up, noise-filled Grindcore – an important, if not vital, component of making this shit interesting and re-playable. They’ve could have gone the route of just blasting along in every song, making standard-issue Grindcore. But it’s these moments that catch you unexpectedly during the album, and honestly made me hope that this band gets a little more attention once they really nail down and mature within their sound. Which, judging from this record, shouldn’t be too far off.

Necrotic Liquefaction is a pretty hefty dose of Grind regardless of it’s running time, and should be definitely checked out by fans of Discordance Axis, Nasum and Brutal Truth. It’s smaller, lesser-known projects like Coffin Birth that make reviewing albums for CVLT Nation such a pleasure for me. Being able to have a peak around the world and seeing what other locations and scenes are doing is such a refreshing thing; honestly, it’s bands like Coffin Birth that keep my hope alive that this worldwide metal scene hasn’t grown stagnant. So give some support to these young dudes; afterwards you’ll come to realize that it wasn’t the dingos who ate the baby, it was Coffin Birth all along. Advanced apologies for those who rolled their eyes after reading that last part, but it was too good not to use. Enjoy, you miscreants. 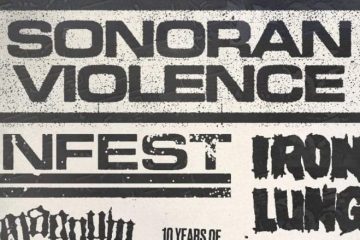 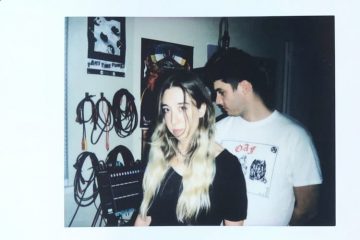 Thanks so much for including this in your “Year in Review” as I hadn’t heard it earlier. It’s SO fucking good! I listened to it four times in a row; something I rarely do. CVLT NATION is amazing! 😉

About time you guys reviewed this. One of the best from last year