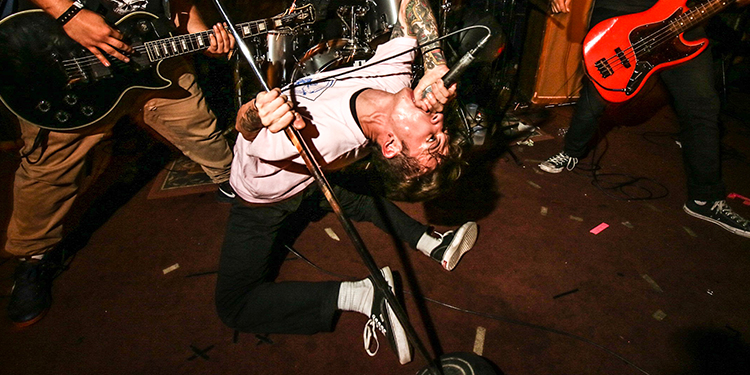 We all have events we look forward to. Birthdays, anniversaries and holidays are all temporal cushions that ease the annoyance of our day-by-day tedium. For those fortunate enough to not be tied to Christmas’s hypocritical thrall, Halloween usually is the holiday to enjoy. For the last five years, that weekend preceding Halloween has served as an extra dose of unholy delight. Think of it as Christmas before New Year’s Eve. The holiday I reference is of course Southwest Terror Fest, a four day expanse of extreme music indulgence to which deviant denizens flock annually. Each year has been special, to put it lightly, as there is no other metal and punk festival quite like this one. Each year has shared similarities with the one before, whether it be venues, familiar faces or Amigo the Devil’s bar-top serenades. Yet even in those familiar elements, there is uniqueness to each iteration of Terror Fest, whether it be the eager attendees’ faces or the free-flowing of booze; everything here is special. Of course, 2016’s fifth incarnation was no exception. A clear labor of love by showrunners David Rodgers, Larry Horvath and Dave Carroll, Terror Fest has easily been, personally, my most anticipated event to attend each fall (and all year, for the most part). I’m not alone in that sentiment. Spread across the customary four days, attendees were treated to wide selection of heavy music ranging from glacial doom to hyper-speed grindcore, with space granted for all tempos in-between. During this time, Tucson’s downtown, a veritable hub of art and subculture, is home to all manner of metalhead and misfit as they flock to the hosting venues and the surrounding local businesses. This year, 191 Toole served as the event’s centerpiece, hosting three of the four days’ main events. Stuffed nearly to bursting each night, 191 Toole’s foundations somehow withstood the onslaught of sound and foot traffic. Thursday’s sets culminated in a crushing noise and sludge duel between The Body and Full of Hell, who’ve collaborated the last couple of years touring and recording. The former has been a regular at Terror Fest, including a joint set with Thou last year and solo set in 2014 and sweetened further with a post-show set at Solar Culture next to 191 Toole. Full of Hell followed suite the following night with a vicious, grating set of grindcore peppered with tasteful noise rock. Sumac followed their collaborative set in true sludgey form, delivering the killing blow to the first night with swift but skull-imploding exactness.

For its last three incarnations, Terrorfest has prided itself in bringing rarities to this somewhat remote corner of the Southwest. Like Sleep last year and Neurosis, Goatsnake and Sunn O))) in 2014, this year brought us the elusive double-barrel blast of Pig Destroyer and Agoraphobic Nosebleed. Nearly two sides of the same powerviolence and grindcore coin, these two acts had never played Arizona until this year. What a treat it was seeing Pig Destroyer, a band I’d wanted to see since I was 16, play their choicest cuts to an enthusiastic audience. PxDx easily matched that enthusiasm, whipping the crowd into a frenzy with their near studio-quality presence. Preceding their set was the double whammy of legendary powerviolence in the form of Infest and Despise You. Infest, who I had the pleasure of seeing last year during King of the Monsters Fest, remain one of the best live bands to see with vocalist Joe Denunzio getting in the thick of the warring pit. Always a surreal experience. Agoraphobic Nosebleed fronted the third night with their cybernetic powerviolence that cut through the audience like a hot rusty knife through fresh butter, which was, like the majority of the weekend’s performances, unforgettable.

Club Congress, whose stage has hosted many of the event’s prior bills, somehow managed to say aloft during Old Man Gloom’s quaking late Friday night appearance, filling the venue’s rooms like water in lungs. Easily the event’s heaviest set. Amid all this, Amigo the Devil graced us with his signature dark serenades, playing wherever he saw fit, bugger patrons awaiting their bar-side drinks. Saturday culminated in a legendary and rare set by Tucson’s own hardcore veterans, Malignus Youth on 4th Avenue’s Flycatcher bar, with support coming from the equally legendary Final Conflict playing a sophomore set, in addition to Oxley’s Midnight Runners and local heavies Get A Grip. Sunday, per custom, ended on a down note, if only due to it being the final day, as Club Congress was shaken to the core by all manner of doom and sludge metal. Classic and near mythical, Saint Vitus treated attendees with with their lulling riffs and invasive fuzz, easily demonstrating their spry chops amid a bill filled with bands decades their junior.

As said before, the final day of Terror Fest remains bittersweet across all years. Drinks are tossed back one last time. Hugs are passed out. The bands and showrunners are given their proper, gratefully voiced dues. Like every year, I left with memories swirling in my head, cataloged fondly by year. With a roster of friends I see only here, Terror Fest is as much a reunion as it is a celebration of heavy music. It’s the camaraderie that this subculture brings that sits in the place of honor here. As with years past, Tucson becomes a mecca for all manner of metalhead or punk, with individual music tastes making the terms interchangeable or even negligible. It’s the love of this music that defines this meeting and my endless gratitude goes out to all involved with Terror Fest, however large or small their capacity, for making this event something to look forward to year in, year out.

All photos courtesy of Joshua Andrade. 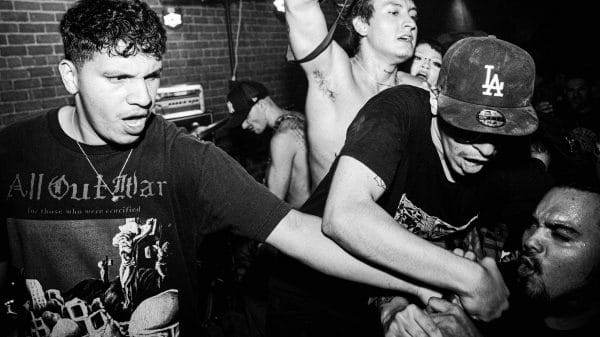