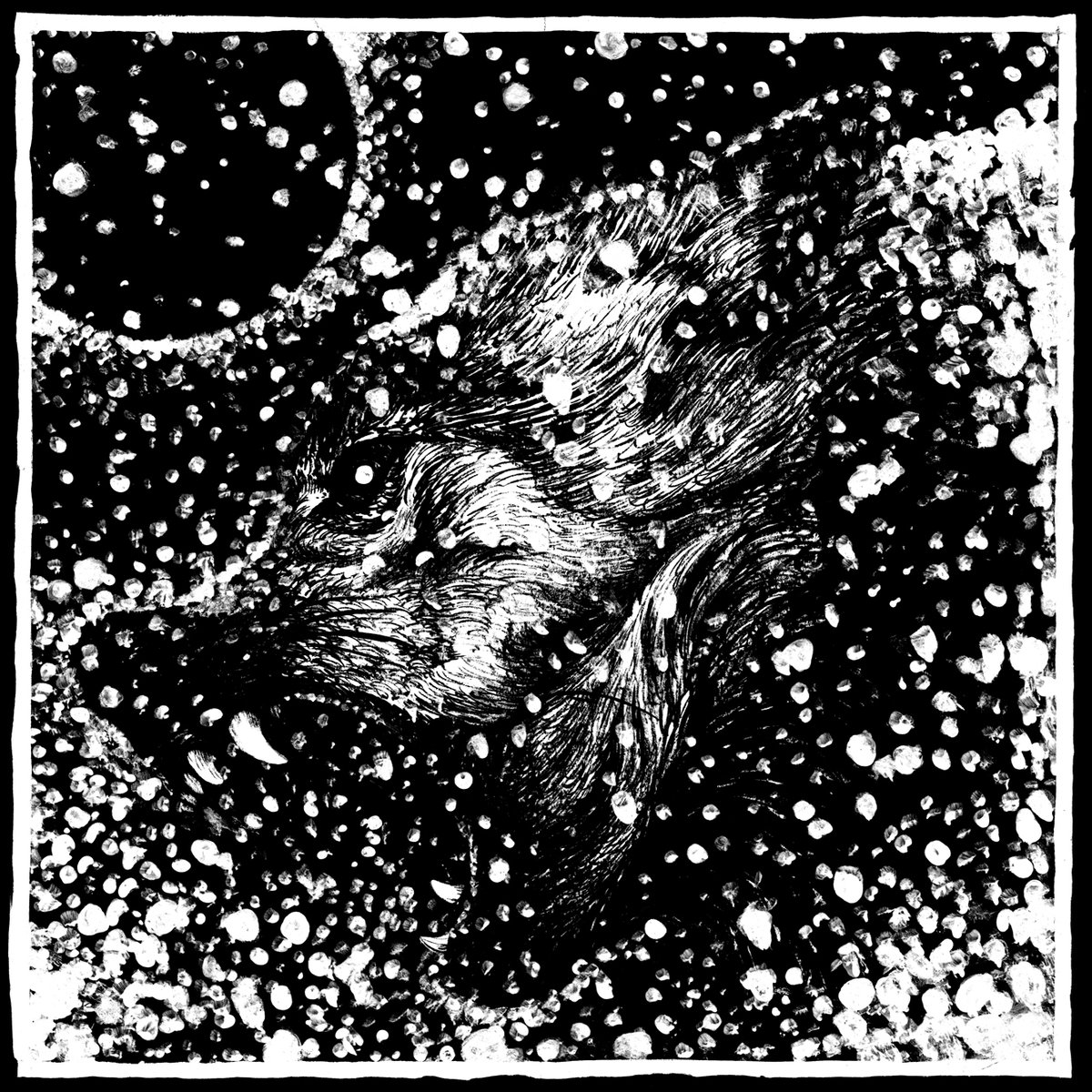 Few bands are more respected in underground black metal circles than Slidhr, after releasing their debut full-length, Deluge, in 2013 to widespread acclaim. Still, that fanbase is quite small in comparison than with most black metal bands embraced by mainstream black metal audiences. With their latest EP, Spit of the Apostate, Slidhr prove that quality still trumps quantity in the number of records they release, as they prefer to showcase only their strongest material each time. The EP picks up where the sublime Deluge leaves off, and once again, the band seems primed to tantalize core black metal audiences with the possibility of a new full-length in the works.

Joseph Deegan, Slidhr mastermind and bassist, guitarist and vocalist, also saw time in acclaimed unit Myrkyr. Quite significant for Slidhr is the continued inclusion of drummer Bjarni Einarsson, of Sinmara fame. His drumming proficiency and style continues to be an important contribution to Slidhr’s very organic sound. Slidhr did start out as a solo project, using drum programming on initial releases. Enter Einarsson, who also appears on the aforementioned full-length release, Deluge, and Slidhr’s sound has retained a vital component to their music. Deegan meanwhile, clearly showcases his talents on a higher level in Slidhr, even more so than in his other band, Haud Mundus.

Slidhr add just the right amount of dissonance to counterpoint the melodies on Spit of the Apostate. Fans of melodic black metal won’t particularly relish the juxtaposition of discordant song structure and minute catchiness on this EP. Slidhr has never particularly utilized predictable song structure and melody throughout their discography. Fans who are patient, jaded with black metal bands the likes of Watain, will find this EP, amongst Slidhr’s other releases, to be quite endearing.

Spit of the Apostate only has three tracks. Epic in length, the tracks do more than just blast and stop. The band sometimes uses slower tempos to counterplay fast tremolo riffs. The absence of mainstream staple chugga-chugga riffing is welcomed. The hi-hat patterns are impressive, and are a staple of Einarsson’s scintillating drumming style. The fill-ins don’t just break off bars of listless music. The riffs can’t sound more original. The rung notes are far from ordinary.

Spit of the Apostate is ritualesque, esoteric, and immensely enjoyable for fans of the fourth wave black metal movement. Had this been a full-length release, I would have easily voted it in the top five of my end-year list.

You won’t find mid-tempo stompers here either. Quite evolved from second-wave black metal, Slidhr utilize elements and songwriting technique far from the predictable. The EP starts off with a howling wind, and shortly after, the very original lick starts off the record in signature dissonant style. I find that when the band mixes the tempos during a song, there’s no telling what the next transition is going to sound like. The drumming to start second track, “Belief Burned As Incense,” might not be the most technically difficult, but is still quite commendable. I can’t stress enough how much I love the drumming on this EP.

I won’t delve into track play-by-play on this review, only that I encourage fans of Sinmara, Abominor and Svartidaudi to support Slidhr’s latest and greatest. Fans who are sick of the same worn-out black metal schtick are welcome to try this sublime treat to the ears. Haunting and esoteric, Spit of the Apostate is another strong hint at black metal of the superlative. For fans of the trve, there can be no more rewarding a listen than this EP. For fans of the typical, there can be no worse fate than to love the utterly mediocre.