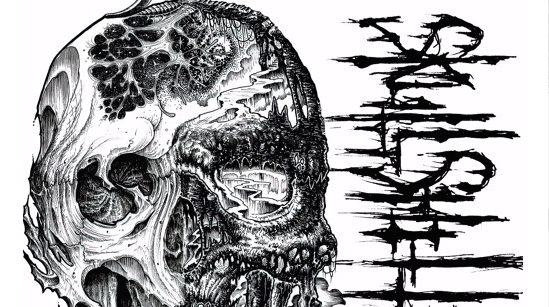 Lock up your drugs – Brooklyn-based psychotrope-enthusiasts Skullshitter are going to be pillaging their way across the States alongside the ever-pustulent Death Metal trio that is California’s Necrot. Expect this tour to be one of flowing beer and a questionable amount of aluminium foil being used for illicit activities, which will undoubtedly result in multiple assault and battery charges filed against all six members of these heathenstic projects. As both bands stoke the flames and prepare for their cannibalistic feast, CVLT Nation is proud to present a fresh offering from Skullshitter. Straight off the grime-caked streets of Brooklyn, their newest EP entitled FERAL LAWS was recorded by Nolan Voss of Black Metal titans Anicon. It’s a quick, nasty release that sees Skullshitter further spiralling down into their twisted sound. From the churning, Tampa Death Metal-era opening on “The Beast” to a Devoid of Faith-sounding barrage of fuzzed out bass and blast beats on “Dilution,” both songs showcase how many tricks this fiendish trio have up their sleeve.

For those familiar with this bestial project, you’ll no doubt be pleased with the progress they’ve made since their full length Transmission: Command was unleashed. While the first two tracks have the aforementioned Death Metal and Hardcore influence, the next splatter of songs sound like a direct continuation from their full length. “Path Ascender” pushes the sonic abuse straight through your brain, latching onto it like a blood-starved leech. And the aptly titled “Unpure” is a barrage of feedback lurking underneath a Man Is the Bastard-styled approach. And while FERAL LAWS showcases a number of different influences and directions, it’s the roots that they’ve planted so long ago during their inception that makes Skullshitter so dangerous.

Their ability to contort and writhe between styles and the heavy use of chaotic feedback creates a landscape of broken glass and barbed wire. With the final track, “Void Command,” exploding forth, Skullshitter take a smattering from every possible avenue and push across a voracious entree for all of you cannibals out there. The vocals shift back and forth between a hyena with its balls tied tightly with a rope to a guttural belch straight from the molten core of the Earth. The mid-tempo pace shifts to hyper-sonic blast beats, which keeps this song rolling across it’s two minute duration.  With “Autonomous Anxiety”‘s short duration and frantic pace, this one goes down in the books as an album you can listen to multiple times. Not only because of its content, but also for what it means for this band as well. Skullshitter have emerged from their darkened laboratory with these five twisted sonic experiments, and pushed their sound just a little bit more into uncharted waters. It’s always a pleasure to witness a band evolve and challenge themselves, a trait that Skullshitter seem to embrace in their broken arms.

As expected, these King County fiends have given us another twisted, gut-wrenching take on the Grindcore-Death metal Hybrid. A fetid stench of promise permeates FERAL LAWS. With this EP, and the fact that this upcoming tour is heightened by the bloodied, lupine sense of hunger that is the up-and coming Necrot, Skullshitter are poised to annihilate yet again. Check out the tour dates below and bring these dudes copious amounts of contraband and your first-born children for consumption. You won’t regret it. 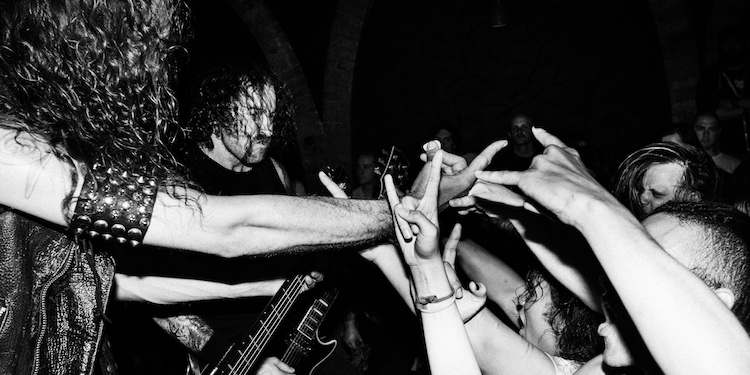 Photos: Taylor Ferguson One of the shows with the biggest buzz in Vancouver was NECROT’s vile performance at The Astoria last month for the...