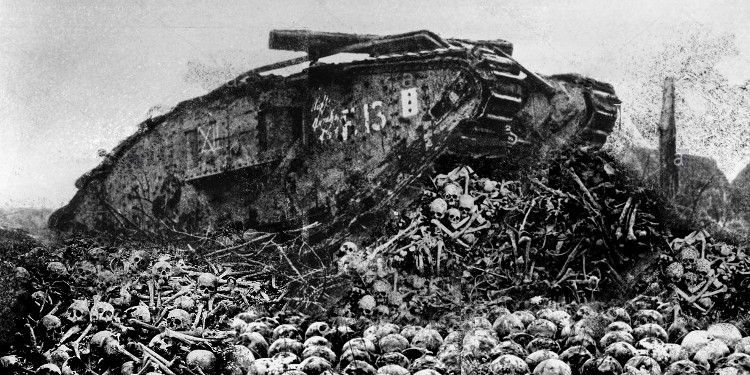 Hailing from Minsk, in Belarus, mysterious war metal duo GOAT TERROR seal their grand declaration of war toward the universe in the form of Unholy March a debut 3-track EP of absolutely unforgiving violence and hatred scum-fucked with blasphemies and perversions of all sorts. This is complete mindless Neanderthal shit gone off the rails. It’s almost like any human element has been removed and the entire feat has subdued to absurd levels of inhumanity and barbarism and where the threshold of savagery and of complete chaos has reached a realm of the incomprehensible. Behold….

Goat Terror have shared zero info on their identity and intents, but we know it’s two sociopaths, hailing from Minsk, that they’re influenced by the old vanguard of bestial black metal chaos like Blasphemy, Proclamation, and Impiety, and that not only do they hate the human race, but apparently they just hate the universe as a whole with everything alive and inanimate in it (!!!) and wanna just see it implode and disappear. Within the three tracks herein presented the level of sonic savagery reaches alarming levels, but don’t be fooled, the barrage of complete ruin and pestilence unleashed comes with a scary sense of sadistic, tormenting lucidly, almost like a sinister order is meticulously being distilled from total chaos and recombined anew to create an abominable weapon of mass destruction. You won’t hear much of the cavernous murk and unintelligible production in this EP that you often hear in most goat/war metal, but rather a very defined, deliberate and skillful display of aural terrorism that will appear instantly threatening and abominable.

Unholy March officially drops tomorrow Friday November 15 as a beautiful limited edition white 7″ vinyl with silkscreened packaging from Sentient Ruin (order HERE), and on a limited edition cassette tape from Polish extreme metal death dealers Unpure Records on cassette tape (order HERE). What else can we say? Just loose your mind to this shit and let it turn you into a brainless fucking Neanderthal, because it will bring out the worst of you and materialize in your mind the most abhorrent visions of bestial inhumanity!