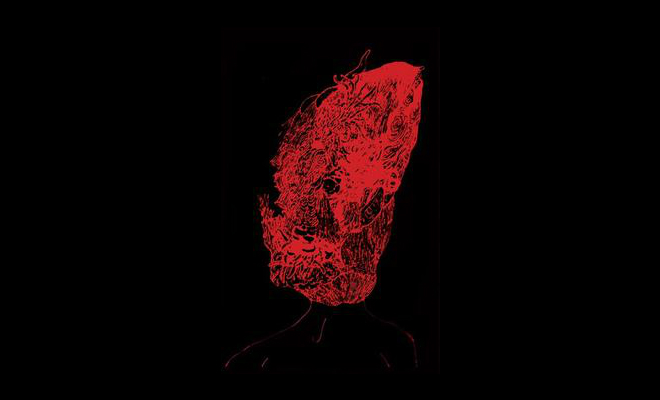 Words can be powerful things. The word used here to describe Skáphe’s music is ‘asphyxiating’, and they use it before I even get the chance to, predominantly because an invisible entity suddenly lunges at my throat and claws incessantly, preventing the flow of air through some unknown means. Is it the humidity of this stifling summer evening, or have this mysterious troupe created something so utterly overwhelming that it can inflict such an experience upon the unwary listener? This is how their music is described, and it appears to be no exaggeration. Within walls of atmosphere and bleaker-than-thou black metal do Skáphe craft their cavernous hell, using reverberation to invoke and catalyze sensations of claustrophobia and crushing despondency.

There is a deep-rooted melancholia that finds itself ingrained into the music rather than being tacked on as mere surface-level melodies. Yet the life that flows throughout is vivid and pronounced, and despite the all-encompassing wall of chaotic enslavement, the music is remarkably poignant, flowing naturally and irrefutably listenable.

But make no mistake; there is horror to be found here, a horror that manifests itself through nothing bar the complete lack of light, and being plunged into the unfathomable unknown. Skáphe take you to your darkest places, and darken them further. From that first accursed scream reveling in its own tortured existence, the band welcome you with open arms to delight in their own personal agony.

The hopelessness haunts the music like the air in a long forgotten tomb, never wavering, forever undisturbed yet undeniably palpable. The intensity threatens to overwhelm at times, but never quite falls into that trap, beckoning with unspoken horror and intrigue, the severity locking horns with deep melodic notes to create something truly mesmerizing. The thirteen minute sensory and emotional battering of “The Obelisk Gleam” weighs heavy on the soul, and it is testament to the band’s songwriting that something so inexorably morose can be so full of life.

Ending with five minutes of near-silent, haunting ambience, this debut EP is a remarkably focussed piece of music, despite its vast and seemingly boundless chaotic existence. Dense, claustrophobic and utterly overwhelming, Skáphe’s creative output is highly addictive, and proves to be an incredibly interesting, as well as formidable, listening experience.

This is yet another gem on the Fallen Empire roster, and yet another gem lurking within the US black metal underground. The horror within is watching you as you explore, but understand it wishes only to tell its story. So delve into the darkness, for the story is an emphatic one. Just remember to pack your torch.