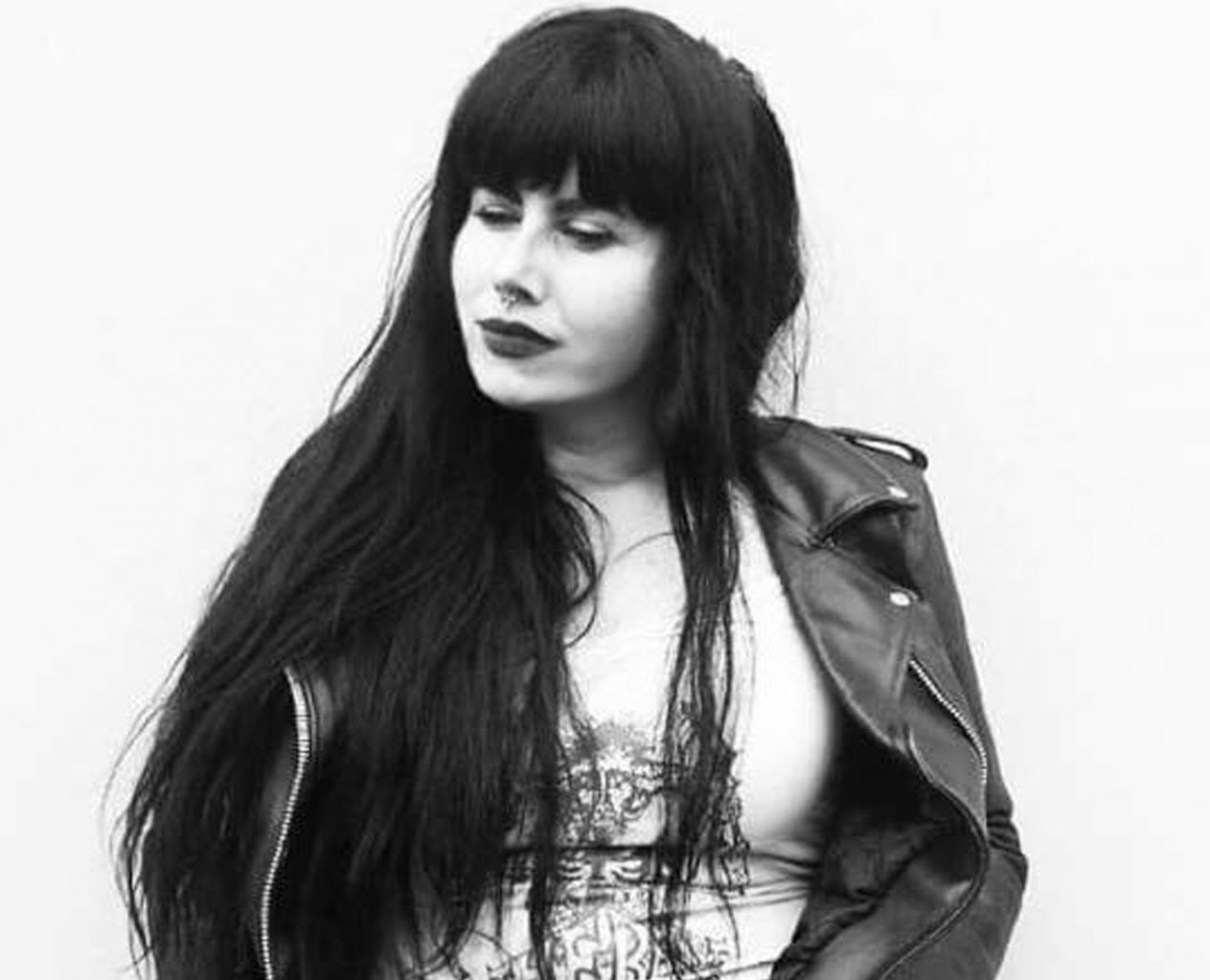 “Being a woman means facing what people expect you to be, pointing at your age or the way you live your life. Sometimes, I feel the need to hide, gather my energies, and put them into something that works as an outlet. That’s why Marthe saw the light”. Marzia is well known as the drummer/guitarist of d-beat, crust bands Kontatto, Horror Vacui, Campus Stermii, and Doxie. In 2017, the Italian musician decided to start her own path writing in a more obscure, metal and personal way.

Sisters of Darkness is the first demo by Marthe. She recorded it in her Studio Hammer in Bologna (Italy). “It carries something powerful and feminine, it was just perfect to represent a solitary entity,” Marzia says about the project. “It’s not just music, it’s a safe space, a cave, a wall to cut the world out and attempt creativity at its highest peak. Everything just came from the inside, like a stream of rage and passion that I never felt before”.

The process of creation of Sisters of Darkness took a couple of years. “Writing alone means dealing with yourself only, with no mediation from anyone else, taking care of your emotions in the sweetest way possible,” Marzia says. “Words just flow with the music, and each tune has a special credit, reference, bond with places, or statements.”

The atmospheres in the album are mostly inspired by nature. “I used to drive for hours to visit my home town. Those moments were priceless. It was just me, crossing breath-taking scenarios on the Italian Alps. The songs came from those road trips,” Marzia confesses.

“I recorded every track at home, trying to recreate that special situation. Screaming alone, in a flat, in a six-storey building, was the hardest part,” she admits. The result is a raw and primordial sound completed with a bitter and harsh voice.

Lyrics follow the music. “In Ave Mysteris, I sing about how people have to self-determinate themselves and fight for their rights,” Marzia says. “Sister of Darkness is a battle hymn, a call to arms to my fellow punk and female metal friends from all over the world,” she adds. “Married to a Grave is the lament of our fate and Awake Arise Silence is a chant on death and hope when you’re alone to front eternity.”

Marthe is a powerful project of creativity and exploration. “This is a part of my life dubbed on a tape, a homage to my inner spirit, femininity, favorite places, beloved people and lost ones, dearest emotions, and friends.”

In this article:Marthe, Sisters of Darkness