Showdown With Satanism! Bob Larsen Vs. The Setians - CVLT Nation 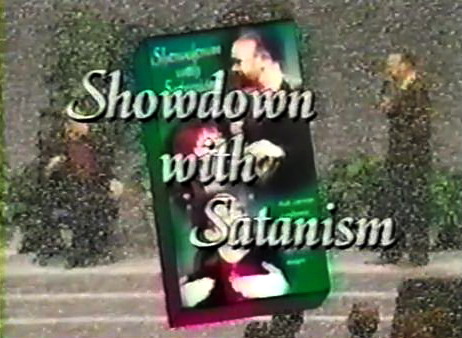 It’s God Vs. Set in a 1997 showdown between Bob Larsen and Zeena and Nikolas Schreck! Actually, it’s more like numbskull vs. intelligence, as Bob Larsen throws out idiotic statements and jokes to a cheering crowd while the Schrecks articulately explain the beliefs of the Temple of Set and their roles in it. While I don’t ascribe to any religious belief, I have to respect people who can speak intelligently to people who clearly don’t want to think critically about anything. Some highlights: Larsen offers to cast Set out of Zeena, but unfortunately she declines; Nikolas calls out Jesus for being a sorcerer – the most powerful practitioner of black magic ever. It’s an old video, with crappy sound, but it’s both cringeworthy and riveting at the same time.

In this article:bob larsen, temple of set

The author would like to thank Signal Culture, where this essay was written during a summer Researcher in Residence period, and to Drexel University’s...