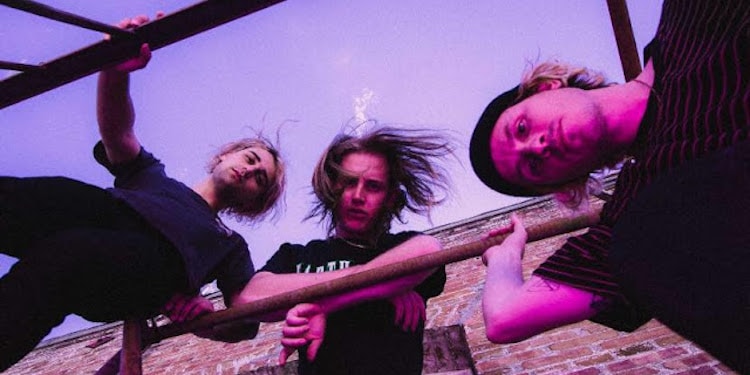 Much like post-punk, shoegaze can find itself looking backwards to preserve the sounds of yesteryear. Drinking deeply of nostalgia in order to capture said sound, songwriting can suffer. Shoegaze works off nostalgia half the time and drugs the other. For the new bands trying to pick up the torch, the temptation to hide behind the effects is strong. With post-punk, the trap is ok – now you said, like Joy Division; that’s great, I already own the Joy Division albums. With shoegaze, replace Joy Division with My Bloody Valentine – and there lies the problem. This makes Tennis System the exception, as they take the formula and twist it far enough from familiarity to create something their own.

“Alone” carries the classic wobbly guitar sound, but is offset with drums at a punk pace. The vocals, however, are not as aggressive or angry as punk. These components begin to create a formula moving through these songs. The vocals on “Esoteric” are not as repetitive, and lyrically it is more interesting. “Deserve” has a little darker tone. The mood is more somber despite the uptempo pulse. There is a really Cure-like bass line in one section. They never get tense enough to be post punk, but fans of that genre will find enough similar elements to embrace this. The drive of “Third Time” reminds me more of a band like Hum. The vocals are in a higher, reedy tenor.

“Rotting Out” is another display of their catchy songwriting skills. The bass is more dominant here. The guitar comes out from behind the effects to play a more straightforward role in the sonic of the song without taking away from their established sound. It reminds me of some of the indie rock bands that were on the periphery of the early emo scene, which, along with post-rock bands, are what kept the torch for shoegaze going. Vocals might follow the phrasing and melodies common to their genre, yet the delivery helps them stand out from the pack. They might have formula when it comes to writing their songs, but use enough nuance to keep it engaging, so their songs do not sound the same.

This band encompasses not only the spectrum of shoegaze guitar sounds from over-fuzzed to dreamy, but some more that fall on the rock side of indie rock. By indie rock, it’s not that I mean the midrange jangle of guitar, but how casually everything has room to breath in a modest manner. I would not say this album is ever heavy. Nor does it need to be. The first half of “Come Undone” has more of a lethargy draped over it, but picks up with a melodic tension. The vocals to the title track take on the more breathy tone expected from shoegaze. The song builds into one of the more aggressive moments at the chorus. What matters the most is the range all their collected sides give the big picture they paint. They put the songs first rather than a slavish dedication to being part of any bandwagon or scene. It’s the songs that keep you returning to this album. Out on Grave Face Records.