“I lived as an ordinary person most of my life. Even though I was living a parallel and increasingly sick life. Other life.” Ed Kemper was a nice guy, one who regularly had drinks with the officers from the Santa Cruz Sheriff’s Office. He was a high-IQ guy, who impressed the doctors at the Atascadero State Hospital’s criminally insane unit. In a 1984 interview he did for a documentary on serial killers, he describes himself as a “friendly nuisance” to police during his murderous years, and they considered him so harmless that when he tried to turn himself in, they didn’t believe him. Apparently, his blatant misogyny and history of murdering his grandparents didn’t set off any red flags for police.

In his own words, Kemper dreamed of “possessing the severed heads of women.” From a young age, he enjoyed decapitating his sisters’ dolls, saying it “got him off” to hear the heads pop off the little doll bodies. Magic show decapitations took on a whole other connotation when he was a kid. He stalked and threatened to murder his grade 2 teacher, hated his grandmother — his very first human murder victim — murdered his grandfather, murdered six young women, and then murdered his mother’s friend and his mother, blaming her for all of the other murders he committed. He even blames her for her own death at his hands. “I’m not gonna blame her for dying, but in the back of my mind, I was hoping she could say something, or I could say something, that would stop all of this shit.” I’m not gonna blame her for what I did to her, but… should be the motto of our so-called justice system.

I said, “It’s not going to happen to any more girls. It’s gotta stay between me and my mother.” … I said, “She’s gotta die, and I’ve gotta die, or girls are gonna die.” And that’s when I decided, “I’m going to murder my mother.” … I knew a week before she died I was going to kill her.

Kemper is still in jail, and is considered a “model prisoner.” It’s odd that someone so sick and twisted has received so much high praise from the very people who are tasked with protecting society from him. Apparently, he is routinely given assignments with female officers because prison officials have so much trust in him. Luckily, he keeps being denied parole because Santa Cruz isn’t having it.

Here’s a collection of interviews with Kemper, who loves to talk about himself. Not sure what all these cops, doctors, and prison wardens see in the guy. Even the men in the comments on these videos think he’s a “likable guy.” Ed Kemper is the poster child for why men get away with femicide and violence against women. Time for y’all to realize that men can be monsters among women and angels among men. 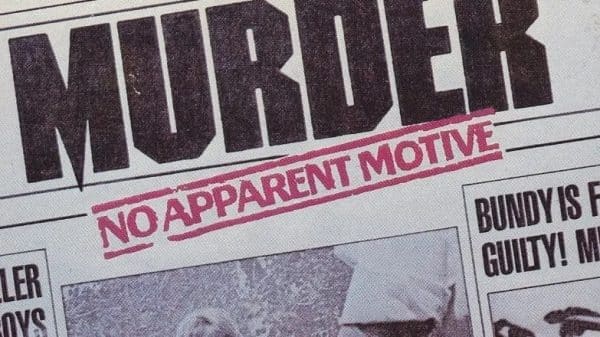