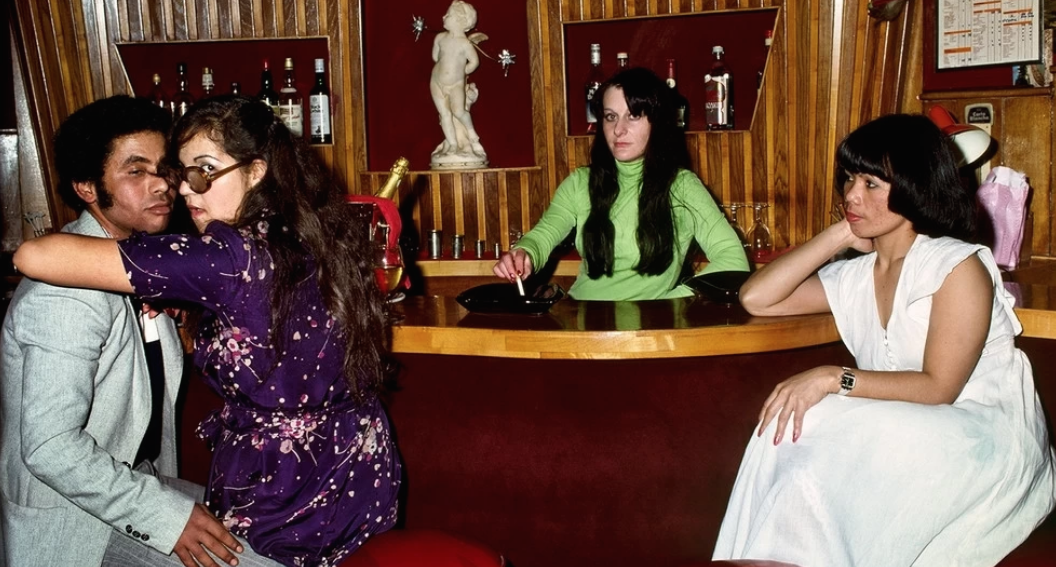 In September 1979, I shadowed Lolo Pigalle for few weeks. She was the oldest stripper in the old Parisian neighborhood of Pigalle—today she’s gone. She was an intelligent and refined woman which meant that she was very respected in the area. To me, she represented a kind of passport. Going to a club with Lolo instantly deemed you untouchable. I could get in anywhere I wanted.

Pigalle has traditionally been a place of cabarets, strip clubs, brothels, and sex shops; this is where the Moulin Rouge is located. At the same time the neighborhood has also been traditionally bourgeois, maybe because it was the home of 20th century luminaries like Andre Breton and Pablo Picasso. That combination of its raunchy past and yuppie present gives Pigalle a rather sad and shady quality.

When my parents arrived to Paris from Tunisia in the beginning of the 1970s, their first flat was in Barbès-Rochechouart, which is near Pigalle. I didn’t live with them but I visited them often and walked around the neighborhood a lot, especially up and down Montmartre.

Of course, like a true Parisian, I did visit the sex shops and maybe one or two peep shows. Today however, due to the real estate boom of the past decades, there are no more prostitutes standing in front of hotel doors in the 18th arrondissement.

When it comes to strip clubs though—I never could and still cannot afford to visit them. Working in Pigalle with Lolo that autumn, I realized that there’s a lot of men who would happily be fleeced for just a few caresses and a striptease. I never quite understood that.

What I found while documenting these places was a sinister world. A world of sexual misery and exploited women. There was maybe a more glamorous aspect to it, but I didn’t see it. I imagine that Pigalle lived its last beautiful years between the end of the 19th century and the beginning of the 20th century. I came after that.