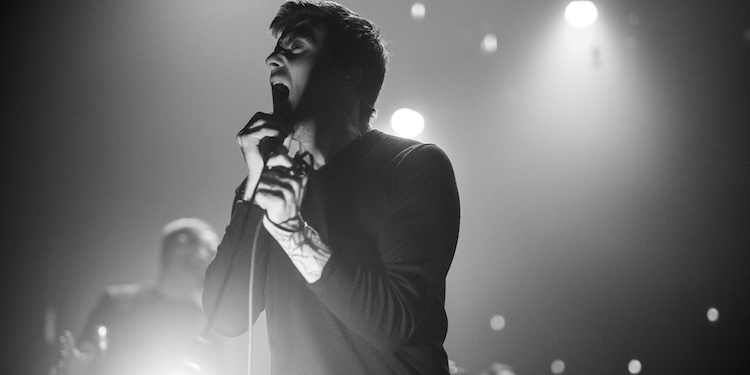 Sometimes, you just have to go to the rock and roll show at the cavernous venue on the edge of town even though you know the sound there kinda sucks and the beers are, like, ten bucks and you haven’t really heard anyone else on the bill but the one band you DO know you love like a blood brother (even if they couldn’t tell you from Abel) and so it’s worth the scratch and crowds to see them play the big time like you always knew they should.

In all your hours idling in anticipation of greatness, you might just learn something or someone new.

When I was a sophomore in high school, someone told me the dude from Fear Factory used to sing in a jazz band and I thought that was the coolest for reasons that totally escape me.

I mean, I didn’t like jazz. Hell, I don’t think I even really listened to jazz until senior year when O. and I would listen to a German recording of “How High the Moon” over and over while sipping smuggled minibar cognac trying to emulate that weird-ass raspy scat near the end.

And it’s not like after that the genre took me over as it does so many straight white men juggling delusions of intellect and cultural authenticity.

Now most clean (trained, clear, emotive and dynamic regardless of avenue) singers make my teeth itch.

They make me feel alienated, ugly, obtuse. Their ability makes it painfully clear that all my drunk arias and cradling pet songs don’t amount to more than a study of private embarrassments no one but the lady and the dogs ever need read.

There are exceptions, of course (I’m not a monster, after all), and I think we can go ahead and call Lorelei K one of them.

I’ve heard the music she makes casually referred to as pop and I suppose that’s true. There is a songbook sentimentality about her work and some of what she delivers comes off clear-cut heartbroke dreamboat but – for the most part – it’s a kind of madness.

She jumps octaves with ease, braying bass one minute and shattering pince-nez the next. She writhes and howls and shudders and twirls with pursed lips and a devilish prowl evoking the coquette as readily the tragic assassin.

And though I don’t know if her high drama beatifics are the stuff of casual rotation, her performance is totally intoxicating.

Oh, Saddest Landscape, how is it that we’ve never met before?

Surely we must have been introduced through some comp or split or tour or pit or hope against hope gang chorus back when I could learn all the words by the second verse and made it a mission to dive off the PA.

Or did our time as angry young men shouting tender desperations into the wind never quite coincide?

The early aughts were a tumultuous time for me and though there was a good chunk of my punk rawk heart still holding fast to the chaos emotive I think 2003 was about the time I learned to really lean deep into the pigfuck, the art noise and the industrial trash that would inform so much of my aesthetic careening carelessly into adulthood.

It was also about the time I got mixed up with the wrong kind of excess and missed out on so many lovely things in pursuit of the endless, awkward party which – honestly – I never should have attended let alone been invited to.

But I did and I was and all’s well that ends.

That was a while ago, though, wasn’t it?

And, unfortunately, at this time in my life, it seems my yen for the bloodthirsty earnest has waned more than a little bit which was why I was so surprised to find myself alternately slack-jawed and grinning as you crashed and careened your way through near twenty years worth of star-crossed triumphants.

I mean, shit, you guys are a really good band. You’ve got heart. You’ve got poise. You’ve got that perfect intemperate and swoonhardy noise that gets the young blood rightside up in the hopes that one day they’ll know their wild and flawed truth just like you.

Would I say Planes Mistaken for Stars is one of my favorite bands?

I would, though I will admit they have a handful of songs I find a bit turgid or just not nearly as good as the many more ragers they’ve written that make me want to make a new best friend just so he can smash a bottle over my head and steal my girl, then run off to Canada like we (she and I) always talked about but never could and then after months and months of soul-searching (but mostly excruciating rehab) I snap out of my (literally crippling) funk to make some art that’s so raw and true I don’t have to play the professional sociopath anymore and can just live my life smoking cigarettes and drinking whiskey without a shirt taking picture or writing novels or whatever the shit makes sense in what is clearly a Steven Seagal RomCom fever dream I’ve crafted  (which I’m sure would do gangbusters) and then one day (or month or year…I’m spitballing here) soon thereafter I’d stumble into some Montreal café to find them lamenting their sins. I’d play coy, sit and order a double but they’d smell my estrangement from a mile away so they’d sheepishly ask to join me. I’d accept, of course because I’d be fat on my own purpose and half in the bag already. They’d order Rose. I‘d keep up with the whiskey. Soon we’d all be kissing and rolling giddily through the City of Saints making our way back to my casually lux Air BnB where things would get a little NC-17 but in the morning (after a few Labatt’s, some aggressive espresso and a mountain of poutine so maybe afternoon?) there’d be nothing but affection and hope for the future we have yet to share together.

Except for that prick.

He’d get “lost” somewhere between the bedroom and the border and end up in whatever Canada’s version of Midnight Express is because fuck him for real.

I mean, am SERIOUSLY I the only one in the photo pit pounding his chest and screaming along to “Belly Full of Hell”? I am! Oh jeez. How very unprofessional of me.

I can’t help it, though. Planes Mistaken for Stars hits me in just the right Promethean place where all I can see is fire and as my tortured affections for humanity grows so goes my liver.

And that’s rock and roll, man.

And though it’s strange but totally awesome to see Planes play on a stage big enough to host an embittered Nick Cave as opposed to a black box of sweltering intimacy it is totally exhilarating because these boys fucking own it which is no real surprise.

Throughout their decades-long career, Planes Mistaken for Stars have always taken the stage like they’re the only band that matters. No matter the place or their slot in the lineup, they sweat and bleed and preen their axe-swinging heraldry, screaming a tortured (and secretly tuneful) homage to the dog champion in all of us.

The Sounds of Animals Fighting

Many times I’ve heard the terms “supergroup” or “musical collective” and, often, where I (as a fan or genre devotee or decent human being) might have expected some sonically transgressive apex of all cherished forms or at least something delightfully fresh from the alchemy, I’ve been met with a mess of banality that tends to err either on the side of jazz odyssey or a blunted Black Flag dick grab.

Or drugs, I guess.

Lots of times its just drugs.

Sure there are exceptions like Elephant 6 or Z-Rock Hawaii or whatever the hell Wolf Eyes has decided is Wolf Eyes these days and others who aren’t so dated or willfully strange.

Well, I guess SoAF might err on the dated side as well as it seems they been in a bit of creative hibernation for a minute and the mask thing was certainly curious but whatever with labels, man. SoAF is here tonight selling the shit out of this massive place and though I am reasonably ignorant as to who is who and what the fuck to expect the shivering joy of the crowd is enough to make me take pause from my sneer and soak it all in.

Because though I don’t know the names or faces (I think the band might chock this up to a win) I know the pedigree and whatever I might thought about RX Bandits or Circa Survive in the past, what happens on the stage for the next hour (and then some) exists in its own ludicrously fashioned universe of purposeful passion and winking obscurity which features up to four men taking lead vocals, a couple guitars, a slew of keys, bass drums and so many pretty, pretty naked bulbs.

And though there is a key frontman (he has his own orange bulb) the “face” of the band is as elastic as their sound which starts in the tried and true “I SCREAM! YOU SCREAM! WE ALL SCREAM TOGETHER AT THE OBTUSE AND OPPRESSIVE ‘THEM’!” before eddying into some manner of guitar slink nee reggae croon and then more yelling and a dance song and then there’s straight tonality and 4/4 and then odd-time posthardcore epileptics and, on paper, it’s all a bit frustrating to codify all the kids are going apeshit and, at a gig like this, I guess that’s all that really matters.

Yeah, yeah. I can tell you the music was hella adept and the stage presentation was all effective, electric tallow but nothing surmises the show so much as the Charles Atlas bro who, towards the end of the set, came stumbling out towards his friends at the back of the venue.

My man catches his breath, looks his inquisitor dead in the chin and mumbles, “I can’t even, man. That shit is insane.”

In this article:Charles Nickles, lorelei k, planes mistake for stars 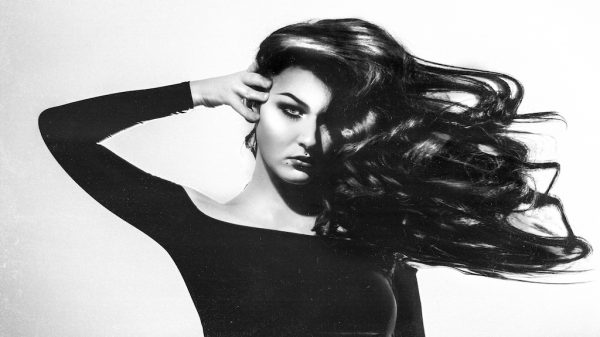 Hear the mesmerizing Darkwave of LORELEI K “Take The Blame”

LORELEI K has a voice that mesmerizes me. Her sultry tones bring to mind a pre-war jazz diva singing over dark, brooding, ethereal post-punk....

It’s been snowing all day here and I’m feeling like the next ice age is coming to crystallize us all for eternity. It’s so...