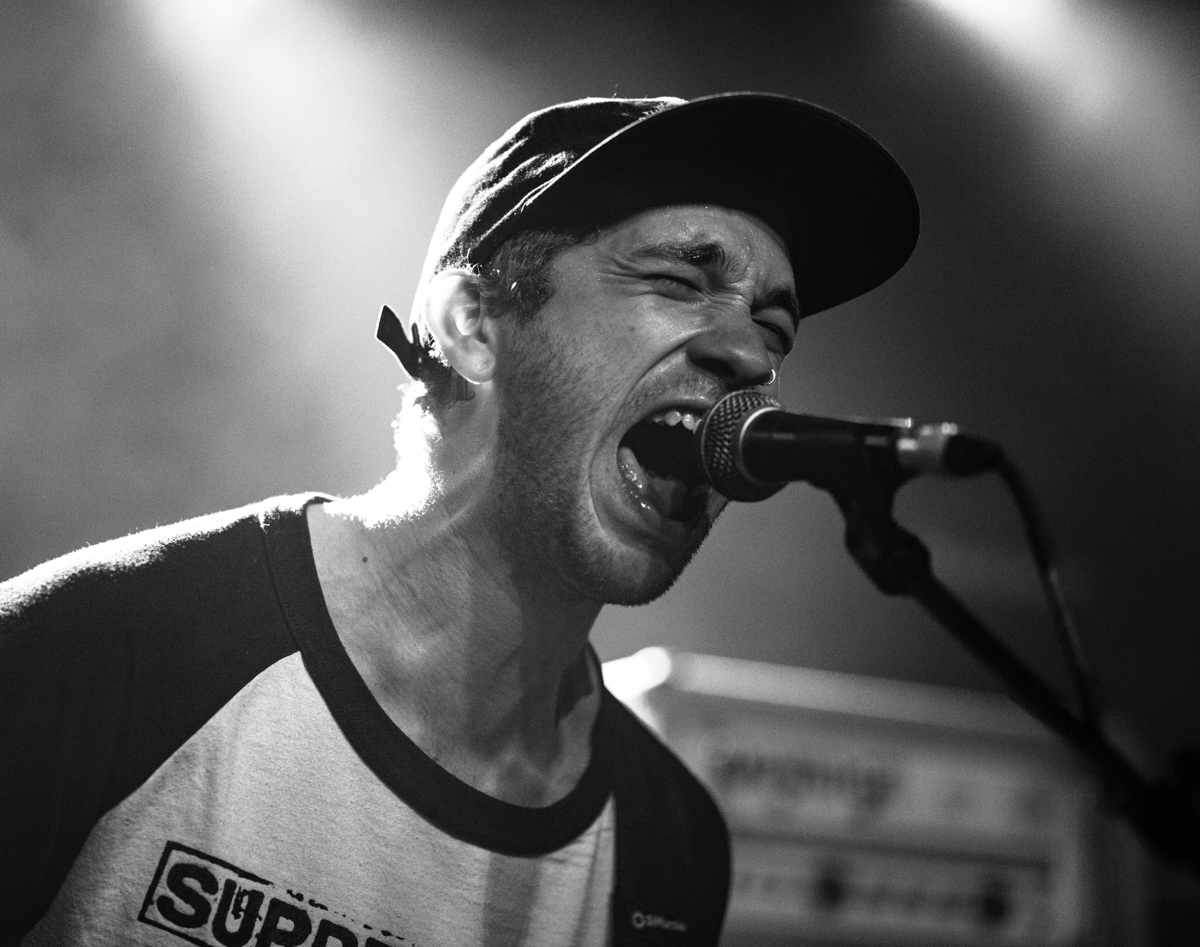 Text and Photos by Charles Nickles aka Kid Swinging

I’m pretty sure I haven’t slept in a month. My poop is weird. My hair smells funny. I think my dick’s put just up and quit but that’s cool, man.

But I’m here with beer and a fresh pair drawers so I guess, fuck the flesh now let’s party.

Something about PoG had me picturing a murky and mercurial outfit breaking bedlam in the unkempt shadows of societal violence and they may well be but tonight they present as rather regular human beings which I guess is how you can always pick the monster out of a lineup so kudos to PoG for playing it passing while still relaying a torrent of broke-tooth noise like some glue-wet amphetamized scion of Susan Lawly and the great screaming Richmond depression.

I heard these dudes say their name at least a dozen times and I still can’t get it right.

There’s something glottal in it that doesn’t easily translate to English but I read somewhere that their name roughly translates to an analog of SIDS which is pretty fucking heavy is as heavy does and could easily be taken for crass if Wiegedood’s sound weren’t so relentless in it’s pursuit of emphatic, fantastical woe.

Being proud (one supposes) members of the Church of Ra, Wiegedood trade in a manner of transcendental horror/ardor that celebrates the tender as earnestly as the death crush, creating a familiar (see Amenra, Oathbreaker, et al) series of epic elegies that sweep through the air like a scythe, offering sustenance to the stricken and scorched earth to the proud.

Postpunk haze, illuminary gloom and a spray of face tattoos. Sobriety and sons. The story of Soft Kill seems a many-endangered one that many folks have dove deep into well before I had the chance to stand and gawk at their swooning melancholy, choking smoke like carburetor queen so I won’t bother with the details of addiction, depression, criminality and shame that inform the redemption that makes Soft Kill such a delicious dish of despair.

Just know that they’re there and offer succor as a waning, wondrous sound to the gentle, broken someones digging their hearts up from the ground.

My coworkers don’t believe me when I tell them that metal’s a party.

They think the shows I attend are all violence and devil dogs and none more black and bloodletting and sometimes I like to let think that, at night, I am become death but more often than not I’ll play them a band that’s skips the terrifying polarity to just, you know, kill it.

Because Skeletonwitch is fucking fun and fucking fast and just out and out fucking rad and if I were still of an age where it was acceptable to roam the office in a self-stenciled denim vest you can bet your sweet ass these neck-snacking hash n thrash RAWK monsters would have their name writ large across that motherfucker.

Maybe I should grow a rattail again.