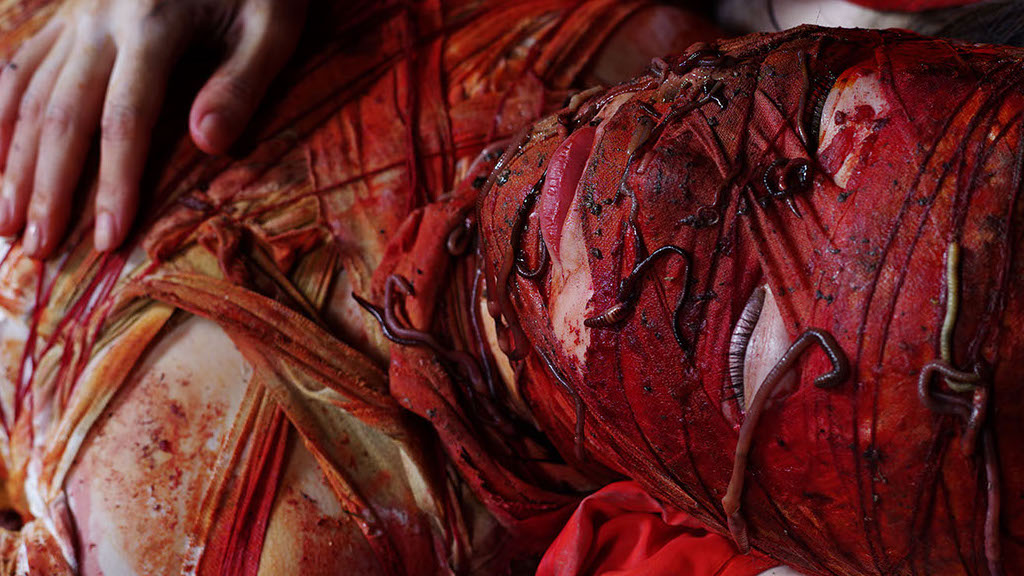 The photography of DAIKICHI AMANO, at first glance, seems to have some kind of bestiality connotation. The languid poses, the nudity, the open mouths—but as I look more deeply into these images, I feel like what I’m seeing is humanity in the animal world. And not the way we like to think of ourselves in the animal world—the roaring lion, the soaring eagle, or the slinky fox (if you’re a furry)—but the animal world as it interacts with human beings. The market brimming with scaly, slimy corpses. The butcher’s block soaked with blood and flecked with bone. Naked animal bodies piled on top of one another with no dignity or respect for the lives that once inhabited them. The insects dead and mounted. The chemical death traps. The guts sprayed underfoot. All of the creatures in Amano’s photography can be put into one category: we kill them. Kill them for food or for pleasure or to get rid of them because they’re gross. And the result is artwork that’s highly disturbing and surreal, seeing ourselves in the place that we reserve for so-called lesser creatures. Here’s a collection of Amano’s work…what do you see?

In this article:DAIKICHI AMANO, Featured