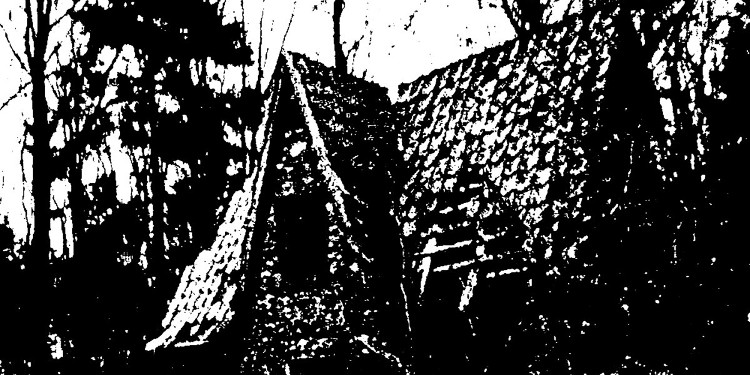 A farce of an election that ridiculizes human intelligence is coming up, and while we all brace ourselves for the millionth lesser evil that will drag us to our grave, all around us the world crumbles, cops get shittier and do shittier things, the racial divide in this country worsens, Syrian people die by the thousands a day but everyone is more stoked on the new iPhone, and overall, this world is becoming less and less fertile for positive thoughts. And people still wonder why other people make angry music, go figure. We’re all fucked, that’s why.

1. YONDER – Demo MMXVI
Imagine if Amenra played blackened crust. Well, that’s not too far from what this amazing debut Yonder demo sounds like. Somehow, this German band has managed to summon the impenetrable shadows and slow-moving darkness of Amenra and inject it with real and extremely incumbent punk angst. Yonder almost sounds like an ambient version or a doom interpretation of Iskra, and if that doesn’t sound nuts to you, then I don’t know what does. These songs are dark as fuck, tenebrous and slow-moving but unrelenting epic dark crust spasms colliding with cold black metal riffs that are as sharp as razorwire as they cut like a hot knife through butter into the listener’s flesh. 2. ZOLOA – Plata o Plomo
Can you fucking go wrong with some good old ZOLOA?? FUCK NO! Zoloa are the shit and their sepulchral and heavy as fuck crust d-beat crust punk is the best shit around. Not many words need to be  spent on this band, as their music speaks for itself first and foremost – but what you need to know as that no one plays crust that is so fucking awesome and way out there like they do. Zoloa have created something insane and unparalleled that exists nowhere else if not in the most remote corners of their own fucked up minds. Super tormented vocals drowned in tons of delay and reverb and incredibly downtuned guitars have materialized something that sounds like a black hole mass grave coming to life and galloping toward you at ramming speed. The impact will pulverize you. All hail Zoloa! 3. DEIQUISITOR – Deiquisitor
Nothing to see here but total death. If you are okay with that, then come in and embrace total annihilation. Deiquisitor are one of those death metal bands that rip your bowels inside out and reap endless havoc on your flesh. These sociopathic death metal freaks from Denmark play inhumanly heavy and brutal abstract death metal for the most deranged and morbid minds. Think Knelt Rote, Pissgrave, Portal, Antediluvian etc., but perhaps performed even more lawlessly, raw and savagely. The sonic torment summoned by these butchers is unbelievable and is shit intended to be absorbed only by the most resistant and trained minds. Embrace total human annihilation by the hands of Deiquisitor!

4. OORT CLOUD – S/t
There is a reason why people say “keep Santa Cruz weird,” and Oort Cloud are one of those Santa Cruz, CA bands that might perhaps help explain this saying. Simply put, this shit is soooooo way out there, trippy and immaterially fucked that you wonder what the fuck people down in Santa Cruz get high on. Recorded and mixed in Oakland by the world famous Greg Wilkinson at Earhammer Studios, Oort Cloud’s debut self-titled album is a lysergic head-fuck of the highest order. It’s an unmistakable document of how far into the pits of the unknown doom metal has ventured. We’re talking about incredible cosmic and psychedelic shit that takes you on a voyage you will never forget, and from which you may never return. You’ll end up on a sensorial rollercoaster that will take you through incredible organ orchestrations, massive riffs, mountains of feedback, and abysses of unclassifiable atmospheric delirium. Get ready to also hear some seriously CLASSIC as fuck and timeless proto-doom riffs, amazing space rock dirges, colossal psychedelic buildups, and some amazing Sabbath and Blue Cheer worship in here. Shit’s gonna get trippy! 5. ENDLESS DESEASE – There Is No Hope
More crust punk for the downcast, this time hailing from Texas. Endless Disease play plague-ridden, blown out, and super embittered crust punk mixed with powerviolence and grindcore, in the vein of Fukpig, Enemy Soil, Behind Enemy Lines, Hatred Surge, His Hero Is Gone etc. This band can turn your skies black and your world upside down in a fraction of a second with its incinerating formula of blasting grindcore aggression and punishing d-beat crust chaos. Once you hit play, you’ll ignite a chain reaction that can’t be stopped, so get ready to fucking suffer as you pull through this authentic plight of an EP! 6. AUTOKRATOR – The Obedience To Authority
Autokrator are also no newcomers to these pages. Their own tumefying and bludgeoning brand of industrial death metal has already been covered before on this site, and the reason is simple – everything they release is extreme aural warfare, a literal war of sound being unleashed into the listener’s mind, with everything that can possibly come with that. In other words, the amount of sound pushed through your ear canals by this band is inhuman and barely believable. You’ll get hit by a humongous wave of swarming and downtuned guitars that will come at you like a hurricane, all while blasting, mindless and unrelenting drum machines will hammer all this swarming chaos down into your hears till your ear drums rupture and your skull explodes. Imagine Godflesh, Red Harvest, or Depressor being augmented and taken to ridiculous extremes as they are slowly eaten alive by a hideous death metal metamorphosis and you will not be far from the abomination that Autokrator are. You will barely survive this shit! 7. OBED MARSH – Innsmouth
Oded Marsh are a band you need to keep a very close eye on. Their music is for the most part unclassifiable and very unique, so don’t be surprised if you keep hearing their name more and more in the coming months! Aside from being super intriguing and having incredible character, the riffs on this damn thing simply fucking SLAY. Bands can be original and different, but not everyone can be different AND crushing – and that’s exactly what Obed Marsh is. The premise of this band’s sound is a foreboding and extremely otherworldly form of blackened doom. But it doesn’t stop there. The dissonant and grim soundscapes carved by this band into sheer black matter are breathtaking, and will give you an idea of the actual depth and sheer size of this band’s songs, which are massive architectural constructions that tunnel deep into the most hidden realms of darkness. When I listen to “Innsmouth,” I hear Neurosis being dragged by the ankles into the shadows and being converted to some strange dark side of things. I hear the mountainous sonic monoliths of Yob being darkened and disfigured by immense transfigurations of negative energy and morphed into something shadow-born and extremely bleak. I could go on forever, but the truth is, there will never be an easy way to describe this amazing shit. 8. BLACKED – Visions
Hailing from Northern California, Blacked are a metallic dark hardcore punk band that have seemingly ravaged in the darkest and most tormented crevices of existence to summon their bitter, grim, and blacked out brand of dark hardcore. Think of bands like The Banner, Withdrawal, Integrity, Rot In Hell, and the whole Holy Terror “school of thought” of what making hardcore means, and you will not be far from what Blacked do. Their songs are lightning fast, sour and abrasive as fuck blasts of nervous, agitated and tremendously tense hardcore that comes at you with a force and intensity that will be impossible to withstand. 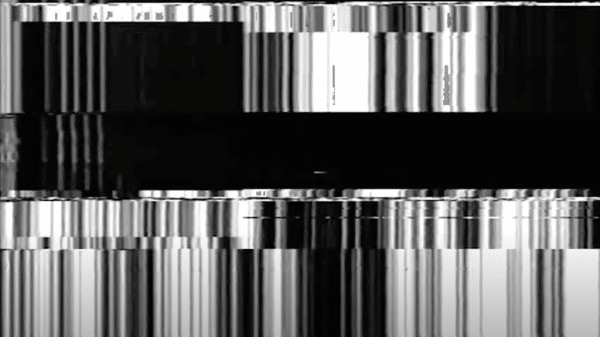