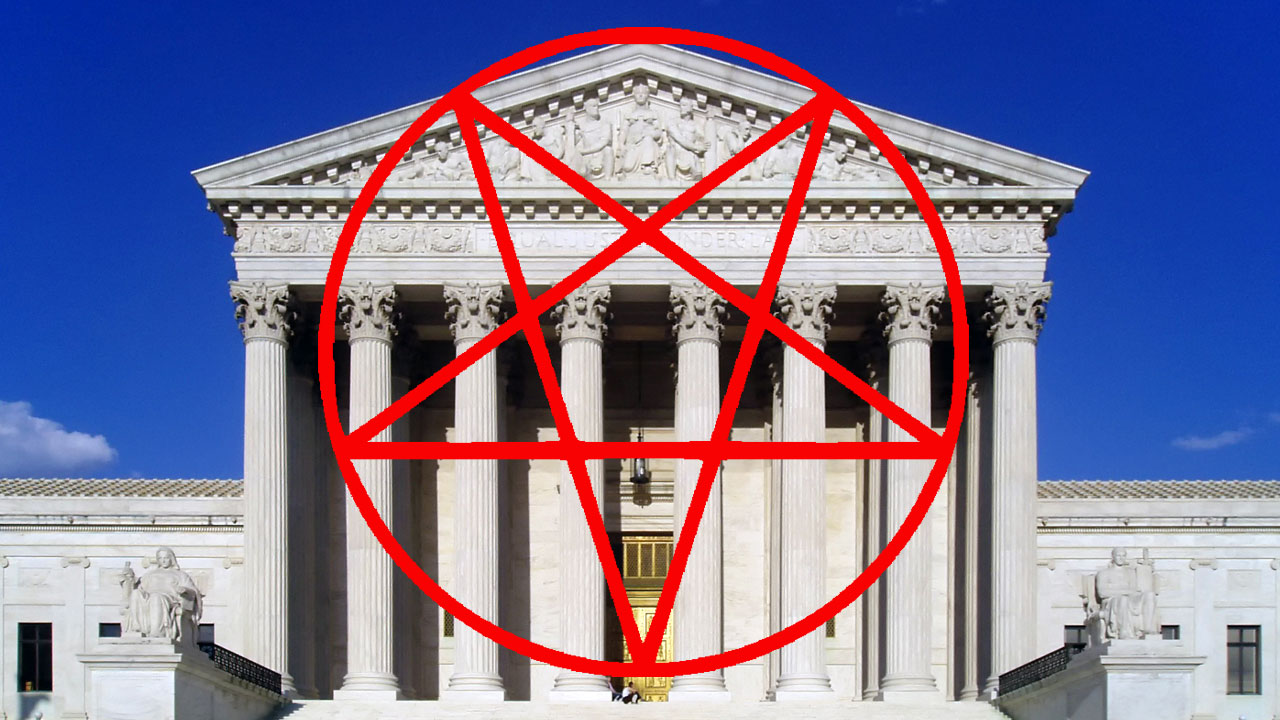 Today, TST spokesperson Lucian Greaves argued that the Hobby Lobby decision demonstrates that the Supreme Court “has decided that religious beliefs are so sacrosanct that they can even trump scientific fact.”

This was made clear when they allowed Hobby Lobby to claim certain contraceptives were abortifacients, when in fact they are not. Because of the respect the Court has given to religious beliefs, and the fact that our our beliefs are based on best available knowledge, we expect that our belief in the illegitimacy of state­ mandated ‘informational’ material is enough to exempt us, and those who hold our beliefs, from having to receive them.

Currently, 35 states mandate counseling for women seeking abortions, and in South Dakota this includes telling patients that abortion can lead to an “increased risk of suicide ideation and suicide,” and will “terminate the life of a whole, separate, unique living human being.”

The Satantic Temple has written their own script for patients to hand to their doctors if they wish to be exempted from mandatory counseling. It reads:

Wikipedia notes that Satanism “is not based on a specific doctrine and exists in many forms.” There are both theistic and atheist Satanists — those who believe Satan is an actual deity and those who see him as symbolic of human traits. The mission TST is to “encourage benevolence and empathy among all people” and “embrace practical common sense and justice.”