When you hear someone mention “The Satanic Panic”, your mind is probably flooded with all sorts of images, like vintage Iron Maiden tees with Eddie prominently displayed in some nightmarish incarnation. Or Dungeons & Dragons and a twelve-sided die. Or perhaps Anton LaVey, sporting his signature Fu Manchu moustache, and his Church of Satan. Maybe even some pentagrams or the number 666 crudely spraypainted under an overpass. These are the places my mind might initially wander.

To be fair, I was young when the Satanic Panic swept across the States, too young to know who Geraldo Rivera was, let alone watch his 1987 TV special warning parents across America that we, the impressionable youth of yesteryear’s tomorrow, were devil-worshipping ne’er-do-wells being sucked into the bottomless pit of the occult. But even I remember hearing stories from older kids that I went to grammar school with; don’t go too far into Forest Park, there are devil worshippers in there, they’d say. Burnt and hollow candles and wax drips and the bones of the animals they sacrificed, and all these demonic symbols carved into the surrounding oak, hickory and Dogwood trees were practically stacked three feet high in the deeper, more secluded areas of the woods, where the cult members were never more than 6 feet behind you, watching and ensuring you didn’t get too close to their altar.

But the actual Satanic Panic of the 1980’s and early 1990’s was far more real and dealt with far more serious issues than metal bands and board games. The first wave of what is now known as “The Satanic Panic” seemed to dawn around the end of the flower child era. The Manson murders in the summer of 1969 certainly kicked off the seventies with a much more guarded, lock-your-doors type of feeling. The realization that violence was never that far from your front steps, coupled with the rise in occult-related themes in pop culture (The Exorcist, Rosemary’s Baby, Ouija boards, and serial killers like David “the Son of Sam” Berkowitz and The Zodiac Killer) all played into the country getting incredibly jumpy; not just about the Soviets, but about their own next door neighbors.

The paranoia bubbling beneath the surface of the normally placid suburban sprawl really boiled over in 1983, when this looming idea of “the occult” became more than just an oddity left to the realm of make believe. When news broke that satanic ritual abuse was taking place at California’s McMartin Preschool, the panic was no longer just lurking outside in the dark – it walked right through the front door and took a dump on the glass coffee table. “On the Dow, winners beat the losers today, with markets closing up 4.6%. And now, how Heavy Metal and black dungarees are making your kids into uncontrollable killing machines who’s only interest is Satan.”

The initial allegations regarding the ensuing scandal were made by a woman named Judy Johnson. She claimed that her ex-husband and one of the teachers at the school, Ray Buckey (who was the grandson of the founder of the school and son of the school administrator), were sexually abusing her child, which led to police involvement and a form letter being sent to parents of current and past students. (I should note here that Judy Johnson was hospitalized for schizophrenia shortly after her initial accusations were made, and that she died of complications stemming from severe alcoholism before the case actually went to trial).

As the investigation moved forward, and the total number of allegedly abused children ballooned to 360, the owners and faculty at McMartin were brought under more scrutiny, especially as the children who had corroborated the allegations of abuse began to share details of the horrors they claimed to have been subjected to. Things such as: rape, sodomy, orgies at car washes, a toilet that would suck the preschoolers into a special room where they would be sexually assaulted, hidden subterranean tunnels that linked the school to other areas where abuse took place, as well as seeing teachers fly, and being made to drink the blood of a just-sacrificed infant. Also, at least one of the children who was testifying informed the court that Chuck Norris was one of his abusers. No, there is no cheesy Chuck Norris joke to punctuate that sentence – it’s just a bizarre fact from the testimony.

There was a confluence of factors leading to this case devolving the way it did; the children were led on by the investigators, having not been asked open-ended questions, but almost forced to read from a script. In addition to the poor form of questioning taken by the officials tasked with interrogating the children, there was then, of course, the possibility of false memory syndrome, where events that did not actually happen are suggested to a point where the person absorbs and absolutely believes these confabulations (*A bizarre example of which I will touch upon briefly in a paragraph or so).

Once all had been said and done, 208 counts of child abuse charges had been brought against 8 McMartin faculty members. As the case wore on, charges against many of the parties were dropped, as the prosecution began to realize just how weak the evidence they were presenting was. The last two defendants, Peggy McMartin Buckey, and her son Ray Buckey, were eventually acquitted and charges dismissed after a hung jury trial. All said and done, the trial took roughly 7 years and cost taxpayers somewhere between $13-$15 million dollars. Years later, some of the original children who came forward claiming to have been abused, now adults, recanted the statements made during the trial.

To many, the McMartin Preschool abuse case was probably the match that lit the fuse to the Satanic Panic epidemic that enveloped the 80’s and 90’s. It brought to the forefront, into your living room, the horror and uncertainty and fear that put North America into a headlock for nearly two decades.

I mean, who knows now, right? Maybe Judas Priest actually had somehow masked their command to “do it. do it. do it.” so that the subliminal message was there to be obeyed whenever a teen listened to “Better by You, Better by Me.” Maybe Procter & Gamble really was run by Satanists; the number of the beast is visible right there in the moon man’s beard, and if you are familiar with the Book of Revelation, you might think the P&G logos that contained 13 stars is a slap in the face of God. Yes, you could be brushing your teeth with the saliva of the Mephistopheles, the very marrow of Beelzebub! One had to be wary then, because your friendly neighborhood ice cream man may be pulling double duty; selling Firecracker Popsicles and malted milk shakes to adolescents, as well as sizing them up for next month’s ritualistic sacrifice to the Prince of Darkness.

In closing, what once was something of somewhat of a peculiar fascination, or a macabre-but-passing fancy, became, for back of a better description, visual litmus test that was used to single out and label young people; many of whom that wanted nothing more than to just be left alone and carry about their daily life as inconspicuously as possible. But now, everyone knew their dirty secrets. Those skateboarders? They worship the devil. Those metalheads in the parking lot? They kill dogs and cats and even babies in order to drink their blood during satanic rituals. That quiet kid with the dyed jet black hair who works at Dairy Queen is a child molester and a blasphemer for Lucifer. My little brother, who only wears black nowadays, and walks around the house, Walkman on, headphones blaring either gangsta rap or heavy metal? His door is always closed, and sometimes I’m almost positive he’s smoking pot in there; there’s got to be something wrong with him. He’s not being normal. Because now all of these youths who were a little out of step with the world, or against the grain, or simply did not care were being closely watched and scrutinized like the Academy Awards during McCarthyism. The Satanic Panic was how the oligarchy that was in place 25 years ago culled its herd. Its message wasn’t stated outright, but the subtext was there: Either you act right and sit down, or you will be put down. *A prime example of false memory syndrome is the case of Michelle Smith, subject of the book Michelle Remembers, which was written in 1980 by her and her psychiatrist, Lawrence Pazder (Pazder and she later married, which I find one, totally unethical, and two, pretty sketchy, bro). After 600 hours of hypnosis therapy with Pazder, she claimed to remember satanic ritual abuse she suffered through when she was five years old at the hands of her mother and many other members of the cult that her mother was a part of.

One of the most far-fetched parts of the book talks about an 81-day ritual that Smith was subjected to in a small, residential cemetery in her hometown of Victoria, British Columbia. Along with the torture she stated she endured during this nearly three month, nonstop ritual, Lucifer, the man, the myth, the legend himself, showed up in the cemetery, no doubt to do further damage to Michelle. However, luck was on her side, and she remembers that Jesus himself, as well as Michael the Archangel, interceded and put an end to the hellish ceremony, as well as burying these memories into her deep subconscious.

Michelle Remembers was a financial success, but was immediately met with skepticism, with many different sources refuting the claims in the book or debunking the possibility of these atrocities ever having taken place. However, in a way of linking this whole story back in, after publishing and promoting and doing what needed to be done in pursuit of the almighty dollar, Lawrence Pazder was considered an expert in satanic ritual abuse and false memory syndrome. He even consulted on the McMartin preschool trial, as well as countless other cases that were stirred up by the Satanic Panic. 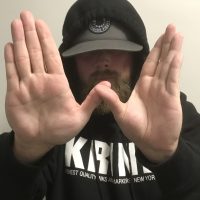 Born & Raised in NYC. Sold My Soul to The Man and Served a Dime on Wall Street; Still Paying the Price. 80’s Pagan Baby. A Man of The People. Aspiring Thespian, Current Graffiti Writer, Grateful Penman. Have Fun - Will Travel. Be Easy and Free When You’re Drinking With Me, I’m A Man You Don’t Meet Everyday. WU-TANG!