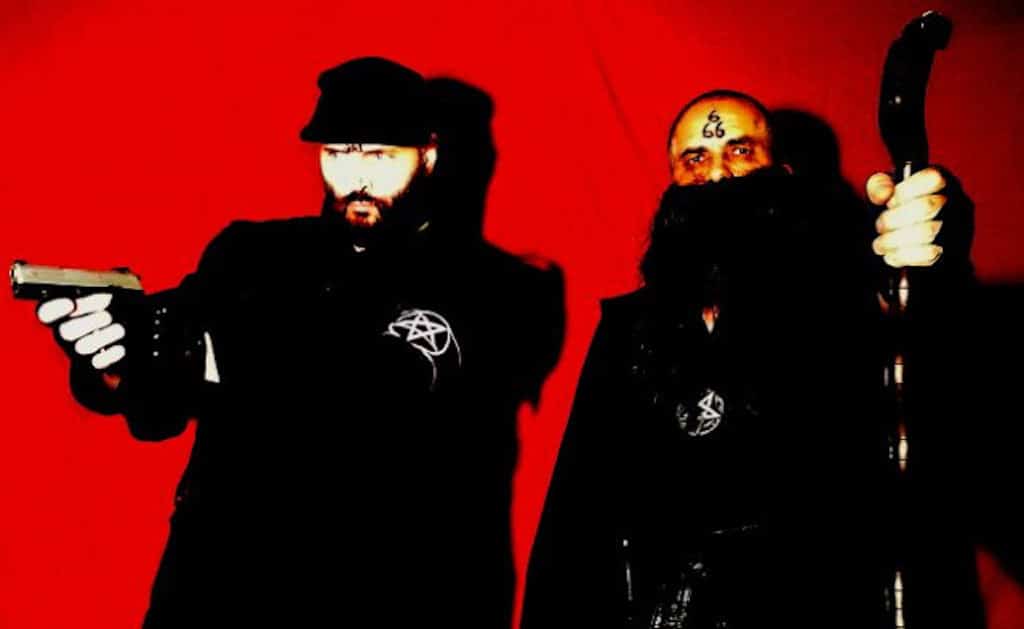 Continuing on with our look at Satanism in 2020, I came across this organization while digging into the darkness of the inner webs. Impressed by their earnest passion for their beliefs, I wanted to offer their perspective on theistic Satanism before presenting the next instalment of that series where I explore it from different angles. While I do share a great many of these gentlemen’s values and beliefs, I also have differing opinions and thoughts on them as well. But I believe in celebrating the differences of others and learning from our common ground. It was an honor to catch up with Nhoj and NaRgol and gain more insight into the Temple of Satan.

What inspired the inception of the Temple of Satan?

We (Gatekeepers Nhoj and NaRgol) built a temple on our property in 2014 called the “Black Temple”, inspired by a dark force that we had been feeling for several years. By 2015 we started to identify this force strongly with Diabolus or the Devil. We had a vision of Baphomet in the nearby forest and had a number of other strange experiences. We became rather obsessed and wrote the book “The Devil’s Disciples” in short order. We found the “Vi Diaboli” (“Devil Force”) more powerful than anything we had previously experienced, and decided to declare ourselves the founders and “Gatekeepers” of the Temple of Satan. We also obtained the domain name templeofsatan.com just as it became available. Everything seemed to fall into place, as if we were called to do this.

How do you define devil worship?

Paying tribute to the Devil by engaging in rituals and pacts to invoke His power, living the Diabolical Way, expanding the Satanic Empire, and receiving boons in return such as power, pleasure, wealth, vitality and knowledge.

Many modern “Satanists” defend their atheism with the absurd theory that saying you believe in the Devil makes you a christian, so can you tell us how you seek to deprogram or negate the imagery or ties to slave religions?

The Devil is a word for a force or entity that is as old as the world, or older. We could use another name, but it’s the name He is most known by due to the influence of Christianity. We play on Christian ideas of the Devil because it still has power over many people’s minds, but we aren’t limited to them.

Arguing with “atheistic Satanists” who don’t believe in metaphysical entities is like trying to discuss music with deaf people. True Satanism is a gnosis; a magickal experience, not a rational philosophy. We prefer the term “Diabolism” to “Satanism” to distinguish what we do from the subverted Satanism of LaVey and others, which is almost the polar opposite of true Diabolism.

It seems blasphemy for the sake of blasphemy to make a social statement is of little to no importance to your order, is this correct?

We are not particularly interested in blaspheming or trolling Christianity or other religions. What’s the point? Diabolism is a relationship with the Lord of this World; a quest for experience, knowledge and power. Why do we care if it shocks or violates someone else’s religion? We have our own projects and interests; we have better things to do.

One of your goals is the unification of infernal names under the banner of a mono-theistic dark lord, is it correct to assume that their is not animosity towards other names cultures have used, such as Set, Kali and Tiamat, but unified so they are not used to convey other things?

Yes we call it “monodiabolism”: the idea that there is one Dark Lord who has had many faces down through history in different cultures, such as Set, Ahriman, Kali, Tezcatlipoca, etc. We embrace all these names and traditions and see them as sects of the larger religion of Diabolism. We felt called to incorporate all these sects, not just the Judaic-Christian Satan, when we established the Temple.

Does your Order view the social Darwinism / “might is right ” element of Lavey’s teaching to be something that aligns with your own beliefs?

We are fine with Social Darwinism and believe that “might is right” is just reality on Satan’s black earth. That is one aspect of LaVeyan Satanism that we do agree with. Our Satanism celebrates pagan vitality, power and winning the struggle for life. We reject slave religious fairy tales like “all men are created equal”, “social justice” and “the meek shall inherit the earth”.

Despite having borrowed liberally from Aleister Crowley, Lavey derided his celebrations of excess, and dismissed him as having little worth aside from being a poet, what influence would you say Crowley or Hermetic magick has on what you practice?

We haven’t consciously been very influenced by Crowley or Hermetic magick, but we’ve probably picked it up second hand from other sources. We are making this up as we go according to our own inspiration and results; we don’t follow any existing systems or gurus.

Satanic fictional literature and the media descended from it seems to be inspirational for your order, what music do you find to be Satanically inspired?

I (Nhoj) don’t actually listen to music any more. I grew up listening to a lot of heavy metal so I’m sure that had an influence. But movies and books have had a much bigger influence. When we were writing our first book a lot of our ideas came very easily because they were already implanted in our minds by the culture. We believe this is by design; that the Devil works His will via creators of culture.

One of your mission statements is readying the world for the Antichrist, how do you feel the current climate of fear and chaos in the world helps to serve that purpose?

The Antichrist will thrive on fear and chaos, so these developments are surely helping. When there is widespread fear and chaos, people will look for a new leader and a new regime to establish order. We expect an age of wars, collapses, all kinds of chaos to accompany the rise of the Antichrist. We could be watching the onset of that age right now.

How does this theory of a satanic bloodline play into this harkening of the Anti-christ?

In our book we talk about a “line of Cain”: those who rebelled against Yahweh and slave religion down through the ages. It is a bloodline of the spirit, and possibly also of genetics. One of our visions is the “Progenitor” program to breed a new Satanic race—which could be interpreted magickally, genetically, culturally or technologically. It is a generational program to transform humanity, not a passing cultural fad. The Antichrist will be the culmination of this program, but this entity can be understood in many ways, not just as a flesh and blood human, but as an egregore, ideology, system, or technology. Who knows, maybe the Antichrist will be a corporation or an Artificial Intelligence. The Devil knows best.

What steps should one take if they are interested in joining your Order?

The best thing to do is read our book Temple of Satan: The Devil’s Disciples for an introduction to our vision and ideology. There is a self-initiation described in that book that includes making a diabolical pact and sending it to the Temple. More information is also available at templeofsatan.com. We are looking for people who want to be “Satanic Templars”—the priesthood of the Temple. This is all still in the formative stages and is a work in progress. We follow our diabolical inspiration and don’t have any fixed program. We are not seeking popularity and media approval like LaVey or the so-called “Satanic Temple”, which neither believes in Satan nor has a temple. This is a project to establish a real diabolical religion for the ages, with real temples and traditions. If others feel similarly inspired and wish to help build the Temple, then that is what it shall become—if the Devil wills it.

In this article:Featured, Satan, satanism, Temple of Satan, The Satanic Temple, theistic satanism