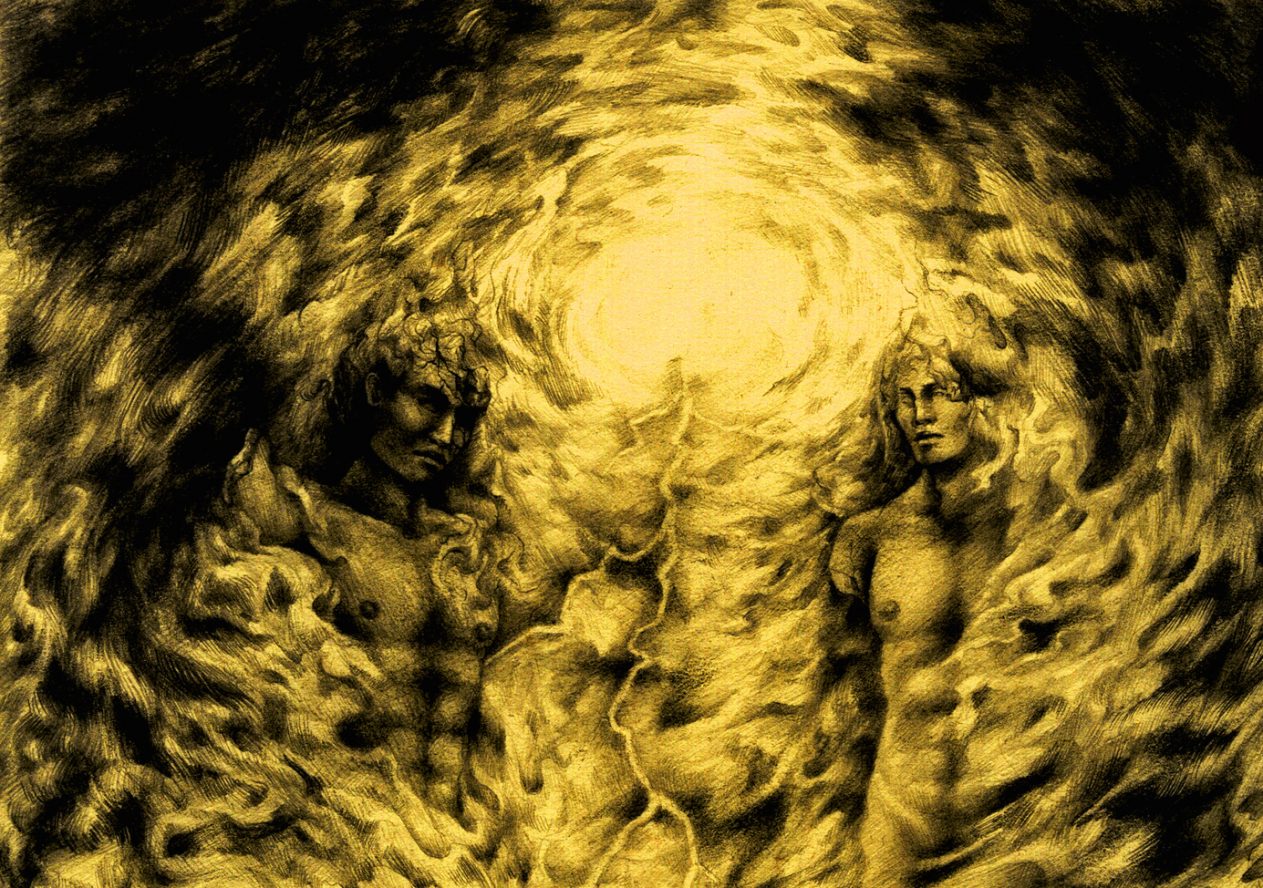 Sanguine Eagle are collective composed of members of multiple Brooklyn based black metal projects including Yellow Eyes, Vord, and Imperial Trumpet (NOT to be mistaken with Imperial Triumphant). All members heavily contribute to what I call “Brooklyn based black metal”. Each project encompassing a whirlwind of layering tremolo’s towering above a howling vocal performance (check out Krallice for a direct example).

Both of these releases hinge on the term patience. They are not a quick easy listen. They require attention and take time, building layer after layer of rhythm to get to a final crescendo.

Storm Mysticism begins with an icy synth passage an, ode to classic black metal slowly fading into an acoustic piece that continues to build atmosphere, and lead the listener into the the frigid storm.

“Bride of the Blizzard” begins with an absolute wall of screeching tremolo guitars and howls that lurk within the shards of ice. At first listen this song embodies absolute chaos, but after sitting in the eye of the storm things begin to become comfortably rhythmic. A classic black metal groove finally slithers into the mix making the journey worth it. “Twin Flame” continues with a layer of feedback as the guitars creep into the foreground. Unlike it’s predecessor the song is less chaotic, becoming again a familiar sound of black metals past. “Exile” closes the album as a murky blend of trouncing through snow, and the crackles of a hot fire swirling atop a loop of synths. Sanguine Eagle achieve their first goal, bringing influence and blending it with the absolutely epileptic sound emanating from the Brooklyn scene.

Shores of Avarice was designed to elevate the bands sound. The album begins again with the creation of atmosphere, using a reverb, delayed almost shoegaze intro to dissolve into a path of mayhem. After about 2 minutes into the album a slight pause occurs only to be followed by an echoed tremolo creating a building anticipation until “By the Breath of Victory” takes hold bringing the path to an abrupt screeching end. A chasm of layered tremolo’s and thundering blast beats consume everything. Howl’s emanate from the chasm. The sound again becomes clearer as rhythm floods the chasm only to leave a sliver of room to prevent suffocation. Finally, the closing title track slows the chaos. The waves of rhythm forming a vortex ending in an abrupt oblivion