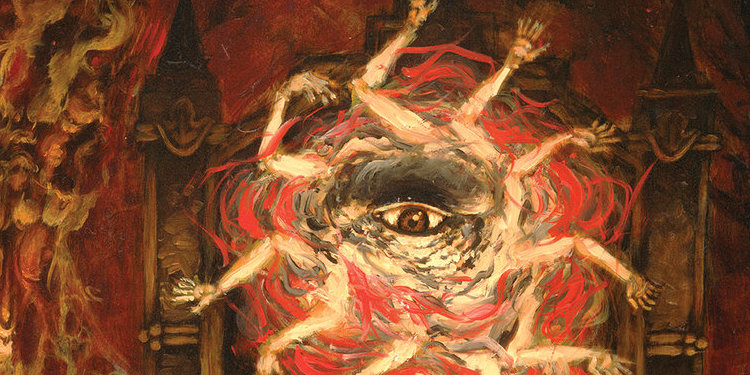 Ritual Necromancy shouldn’t be an unknown entity to many CVLT Nation readers. The band has been a strong entity signed to esteemed underground metal label, Dark Descent Records, and their brand of dark death metal/blackened death metal is as alluring as it is punishing to listen to. Their latest care of Dark Descent Records this 2018 is entitled Disinterred Horror, and this title is ferociously portrayed by the likes of the new music.

Ritual Necromancy play extreme metal without holding out on intensity. The frantic arrangements are complementary to the heavy, burgeoning rhythm section and are anchored by downtuned tremolo riffs and sporadic chugging. When they play the tremolo riffs to slower drumming, they bring to mind ferocious flood water breaking through levees. When they do chugging riffs to blistering double bass pedal abuse, they send monoliths cascading down mountains. The vocals are deep bellows of great consternation and violence, like the gods before us aim to eradicate us all.

The band’s previous efforts offer the same passionate pursuits to extreme metal aesthetics, not merely blasting end to end or offering callous, boring blast and stop segments. While both approaches can be popular to some extent in the metal underground, Ritual Necromancy’s Disinterred Horror shows an attempt to experiment with the transitions and main riffs so many segments aren’t without variation.

There’s rarely a hiccup in the absolute juggernaut of blackened death doom riffery, the likes of which is fairly extreme for most mainstream metal fans to take lightly. Indeed, Ritual Necromancy’s conceptualized use of varying ideology will draw praise from fans and critics who love content to go together with the music. The album cover even suggests this and adds to the album’s appeal overall.

Tracks one to five are essential listens for the album, as the band waste no opportunity to flatten the human species with utmost brutality, in lieu of ambient intros and outros, most of which is done by a great plethora of bands in the underground who don’t do them well enough, to begin with.  Fans can continue to follow the best of what Ritual Necromancy have to offer fans of extreme metal, be it the band’s blackened death metal aesthetics or slower brutal death metal-inspired segments. This album is a plus for the band and label and is most notably a win-win proposition for underground extreme metal fans. 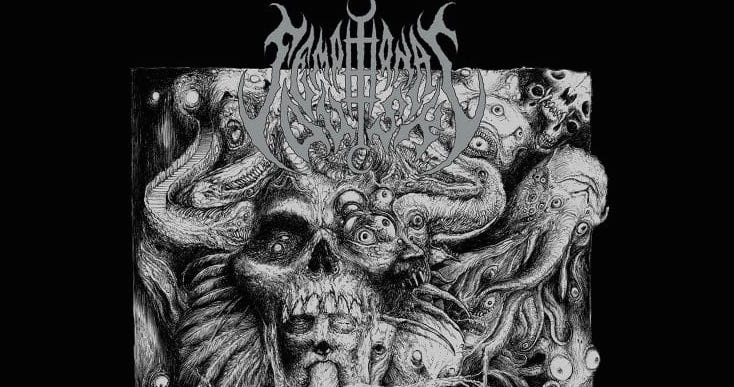