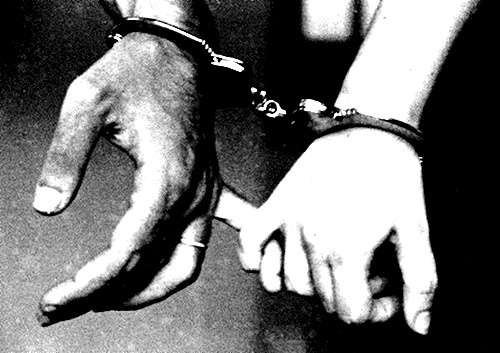 There isn’t much to say about Dowrr on a personal level. Dowrr is a Los Angeles hardcore punk band with very little social media presence. I’ve yet to see them post about shows or anything other than the two posts on their Facebook timeline about this release. But that’s alright, because, if anything, this demo tape they released does all the talking for them. It’s a four song embodiment of heathen culture. Ridden with guilt, depression, anger, anxiety and hopelessness, the demo has that exact amount of self-loathing that gets you through the day in a haze of hating everything. It’s truly wonderful.

“Dust” is a traditional hardcore song. The rebellious feeling, the hearty guitar work, beefy bass tones, and crisp drum work that is so great to hear in a sea of sloppy drummers. The vocals are that of any suffering spirit and the words are spit so hard that the anger of not being able to control your emotions is really conveyed in such an honest and ruthless way that I can feel myself wanting to learn the words and scream along with them over and over again. The lyrics in this song specifically get to me, hitting with slightly blurred-together enunciation in the verses and working as a compliment to the instruments rather than trying to climb over them. Everything is balanced and even as the chant of “lay me down, down, down to sleep” vibrates through my spinal cord, and “the emptiness of self-loathing” closes my mind down as I’m being sent into a mosh pit limbo.

Up next comes “Misfortune,” my favorite song on this release. The punk influence this band has really shines through with a speedy approach and very direct lyrical delivery. Such a bossy bass tone and clean guitars that I can see the spinning of the track into the sadness that so many people suffer through. Quick and vicious, five verses in two minutes and twelve seconds – everything is a blur and you definitely feel the burn.

The small rest in between tracks brings upon the next song, “Truth,” where almost thrash metal instrumentals have the associated bell cymbal hits and very, very hasty vocals. Covering every end of the misery spectrum, including setting fire to your eyes, cutting off your own skin in an anxiety attack, fatigue, and sleeping too much to try and conquer the restlessness within your mind. “The same routine: sleep, hurt, sleep.” Everything hurts and no sleep can conquer this pain. This track has the slowed down hardcore breakdown that everyone loves to crowdkill to, and while I personally am not a violent person, you can bet your sorry ass I’d be in that pit. It’s the longest song on the tape at just shy of four minutes and it is probably the best, though not my favorite. It’s got variety and a very distinct flavor that makes it more enjoyable than the typical garb you’d find on merch swap groups across the world, as this break down sweeps us all off our feet.

“Patience” is the closing track for Dowrr’s very good demo. This song has extremely strong, blunt instrumental work, with passionate lyrics that almost every black-donning teenager that hates their parents can relate to. Whether your depression is a side effect of too much internet self-diagnosis, or has been analyzed by psychiatric help state to state, there’s no denying that this album is a good release that can make you forget about your pain while simultaneously giving you the harshest reminder that it exists. ”You’ll never know the feeling, of the hell that is thee.” Scream it at your enemies as this draws to what seems to be too soon of a close on that very sudden and cut feedback swell. Abrupt ending and all, the production on this album is great. There’s so much muddy production out there, not only in hardcore but inside of every genre’s demos. Dowrr, luckily, struck gold and have some very fine-tuned levels and an equalization that is impressive for a first release. I’ve gotten so sick of hardcore, but this band is definitely one of the better ones I’ve enjoyed and this demo excites me for what they can do with a little development, experimentation, and improvement. This cliffhanger ending makes me think that they aren’t finished with this release and are trying to bait people into patience for their next activity.

While most hardcore bands struggle to find a way to make their music diverse, I feel that Dowrr isn’t trying to be different, but rather the little bits of poison and acid that drips from the fangs of each song sets them apart, because their saliva isn’t just flying in your direction, it actually connects with your skin and burns you. It’s the type that you laugh at until your throat starts burning, and the more you listen to this release the more you begin to feel its difference, confidence and diversity. There isn’t much bark, but there sure is a bite for this wolf in sheep’s clothing, and I’m stoked on it. I have absolutely no trouble believing that this band will be discovered and put onto all the same hype trains as other heavyweights Blistered, Forced Order, King Nine, Axis, and many others.

See what Dowrr will get themselves into on their uprising (and hopeful trip to Florida) at the following:
Bandcamp (Cop a free download while you’re there)
Facebook 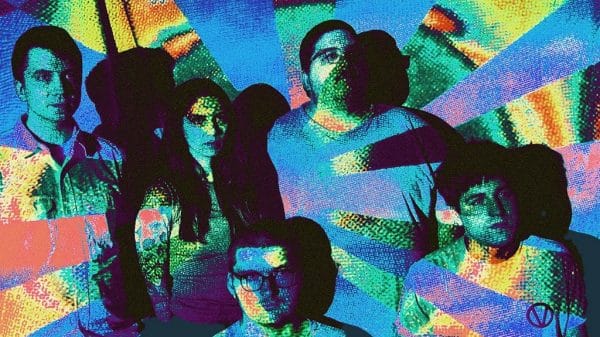