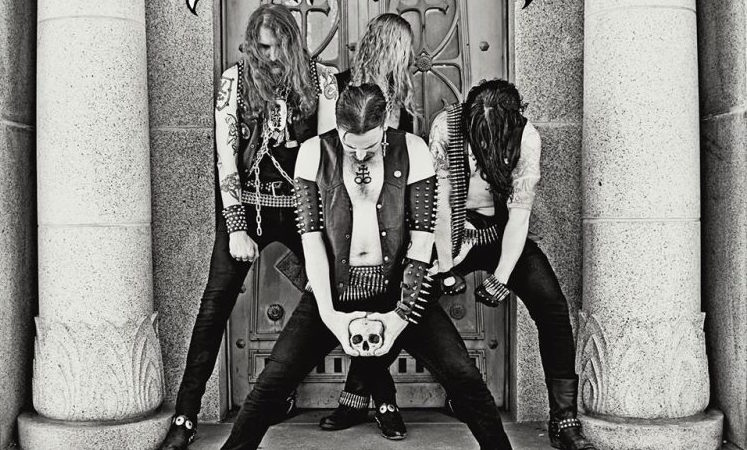 Reversed – Widow Recluse: A Journey into Terror and Pustulant Horror

There is a sound a fingernail makes when it scrapes at a particularly rough scab: harsh, rasping, and as the itch gets worse and the panic and need for relief grows, the scratching gets more frenetic. That’s kind of the sound of this album by Canadian band Reversed. There’s an underlying sense of morbidity coupled with the lust to see your own blood ooze from a wound you’ve reopened.

To be sure, this is some fierce, blackened Metal. It rumbles with Death and Black in an overall framework of galloping Thrash. There is nothing clean about it, however. This is all clanks and crust and flying flecks of rust. Putrid comes to mind. Unforgiving is another great word. Songs like the title track “Widow Recluse” is a prime example of just how epic they can sound, while at the same time also sounding like they’re trapped in a tight, confined dungeon. How do they simultaneously make you feel like you’re standing on the high steppes, desert wind blowing in your face, while at the same time feeling like you’re shackled to a dank wall, awaiting the torturer? I don’t know, but they do it. Decrepit art. The songs weave together to create this impression of a powerful train gone out of control, just barely keeping on the tracks as the crazed engineer throws more coal on the fire, speeding the hulk up, sending it on a crash course with a looming mountain. All the while, he laughs with maniacal glee.

What you’ve got here are five songs birthed from the world of Celtic Frost, with a generous ladling from Slayer and second wave Black Metal. There’s a punk ethos as well, a grimy, dirty layer of fuck the world. The playing is professional but sloppy in all the right ways, clear notes and flourishes ringing out in concert with muddier tones. It all combines to introduce a new, formidable power on the scene. Enter if you dare, but beware of the bite!