The man was dubbed Mr. Brown. An unassuming, if not droll, name. Unfortunately, Mr. Brown may have lived in banality, but his final actions decried anything mundane. His fingers worked most days, pointing out figures in his biology class at South Yorkshire grammar school in England, due east of Manchester and centered in the UK. The moniker Mr. Brown was given to him by Dr. Alan Usher. Usher used Brown for a piece in the British forensic journal. Unfortunately, Mr. Brown had created a vivid and grotesque scene rife with material for the ill-named Usher in November 1966 when Brown murdered his wife, son (6) and daughter (10).

Brown spent numerous days sculpting anatomical models for the school, as a means of supplemental income. Brown spent hours forming replica organs, meticulously focused on the innards of humans. Usher noted, “(These) three-dimensional models of human anatomy were…sold as teaching aids to schools, educational institutes, etc, all over the country. These models were each some twenty-five inches high, realistically painted and superbly constructed in such a way that all the organs could be lifted out separately.” Brown, utilizing his knowledge, skill, and apparent objectivity, was storing and sorting these images in his mind. The calculating and manipulating of inanimate materials to replicate the human body must have chipped away at his boundary to reality.

The headmaster reported Brown leaving school one day in November; citing “intense nervous strain.” The headmaster took action two days later when Brown had not returned to school. Noting the house’s lights on, the headmaster resorted to breaking into the residence of Brown. The headmaster discovered Brown’s body “in a relaxed position” on a love seat sized bench in the home’s rear room. Usher relays the macabre scene, as Brown’s “forearms and hands (were) spotted in blood” and still boasting a cigarette between his fingers. In the kitchen, a bottle of barbiturates was found.

Upstairs is where the family’s cadavers lay; mother in one room, siblings in another. Brown had severely bludgeoned his family repeated times on the head. Additionally, for insurance, Brown had cut each of their throats. The victim suffering the worse was his son. As if now handling a live model of his, Brown approached his son, rendering the boy with “a stab wound in the upper abdomen, through which his bowels were protruding and which an autopsy proved to have resulted from a knife being partially withdrawn and thrust in again several times – causing multiple wounds in the liver stomach, and diaphragm.” Investigators noted the bloodstained knife on the boy’s bed and a bloodstained wooden mallet upon the parents’ bed. By this description, one can see Brown moving the knife in and out of his own son, with a distant curiosity. One pictures the removed complaisance of a real-life masked Michael Myers; cold and robotic. Police also discovered two days of newspapers on the stoop, indicating that Brown had killed the night he went home. Along with the papers, police found a letter. It was from a psychotherapist who, upon inquiring, police learned Brown had been seeing for a few years and Brown indeed expressed his desire to kill his own family. Police also learned of Brown’s father having a troubled history. Usher writes, “Brown’s father had been a manic depressive who, at his own request, was roped to his bed at their home in order to prevent him doing damage and who spent his last twenty years in a mental hospital. Brown himself had spent at least two periods in mental hospitals, the last one in 1962.” The oddest of all discoveries though were paintings which Brown created in the final hospital stay. Brown’s paintings were a psychedelic, demonic vison mixing Dali, Bosch, and Captain Kangaroo. The scenes were violent and disturbing with representations of disemboweled women and a Satanic monster. Seeing this, it would seem the models were not simply a hobby or a financial venture, but a way to allay the horrifying urges which Brown had knocking in his mind for decades. Idle hands, I suppose. And yet, two stays at an institution, a few years of therapy and close peers all rendered moot by one night of treacherous venting. 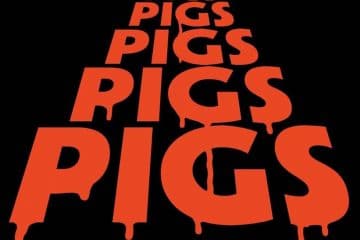 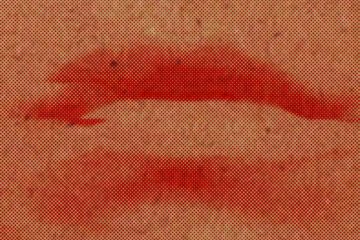 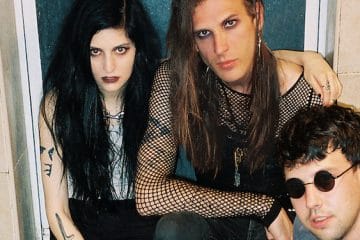