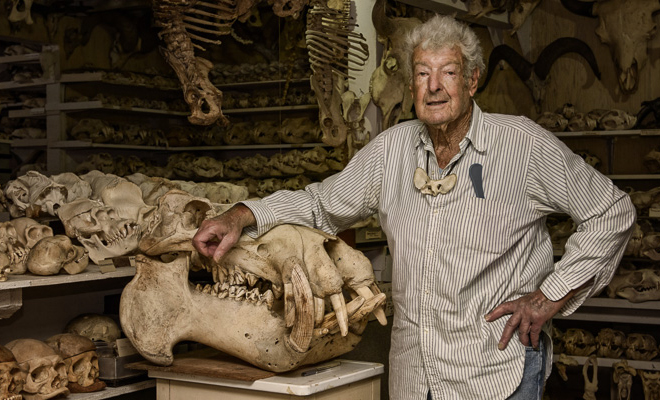 Recently, our meager collection of skulls increased four-fold when my uncle brought us a huge bag of bones back from Cranbrook, BC, that he and my cousin collected from the side of the highway. I spent the last month or so soaking, scrubbing, rinsing and drying the skulls, and now they decorate my walls and surfaces. It was a lot of work, and very time-consuming – and these were bones that had already been mostly cleaned of flesh by time and animals. This experience has given me a healthy respect for the work that has gone into the 7,000 piece skull collection of Dr. Bones, aka Ray Bandar, a San Francisco based collector of animal skulls and bones, who has been collecting animal remains since the 1940s. He has many of his skulls displayed at the California Academy of Sciences, and a massive “Bone Palace” in his basement. His bone palace is now on display at the California Academy of Sciences, and features the skulls of land and sea animals from all over the world. The gnarliest part about his collecting is that oftentimes, he will extract the skull from a recently dead animal, like a seal that has washed ashore, and is bloated and stinking with decay. Old, dried flesh is gross enough to take off a skull, I can’t imagine what cleaning gooey, rancid, stinking flesh is like! Check out this short documentary about his life below, A Life With Skulls, plus photos of his insane, massive collection! Deep, Deep, Deep in the Death Doom underground, two new bands are lurking, about to spread their stench-laden sounds! The names of these filthy...

From the very first time that I heard the One Man Death Doom Killing Machine called GATEWAY  I have been a FIEND!!! Last year,... 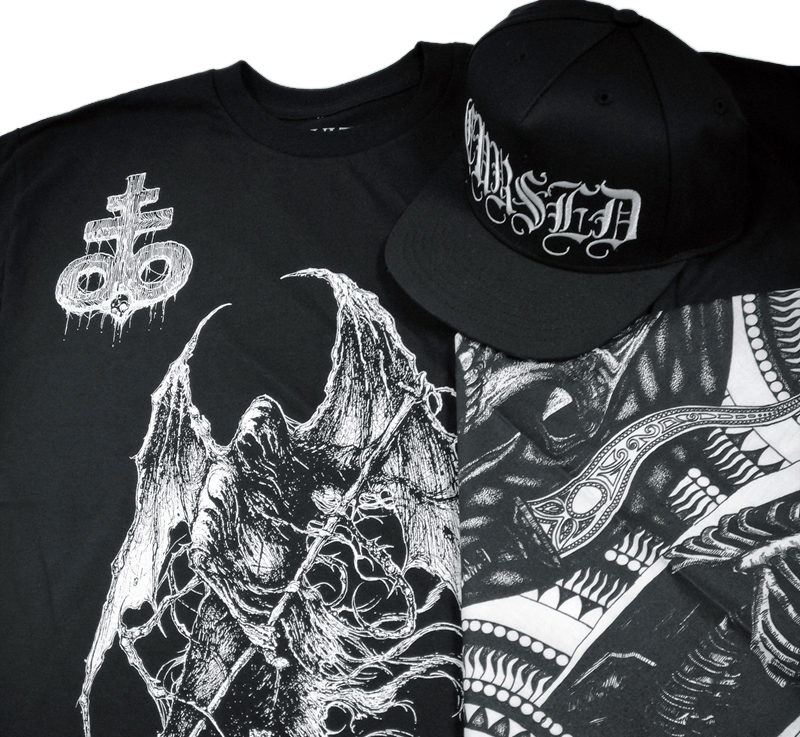 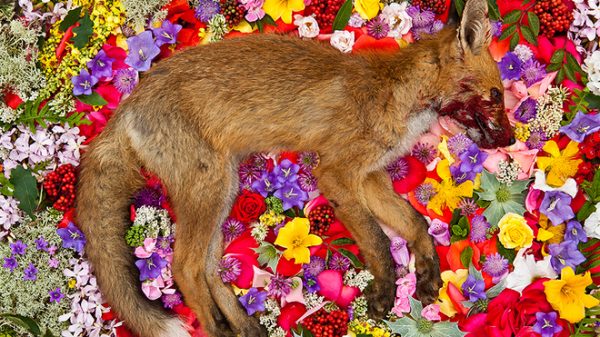 I had a thing for dead animals as a kid. Not in a serial killer way – I never took any lives myself –...