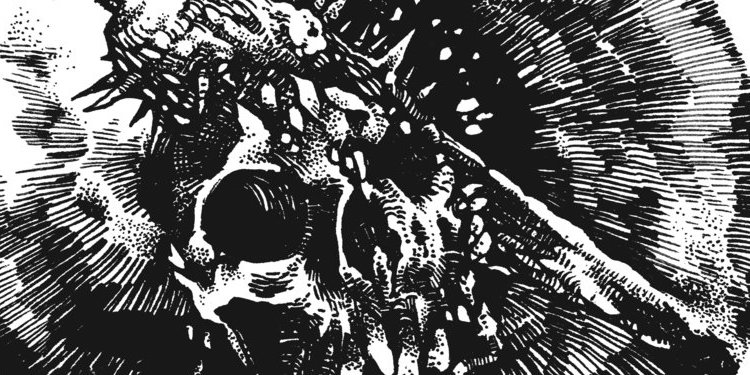 Putrid death metal/grindcore often sounds like hyperspeed punk rock, and while Skullsmasher’s demo, Cranial Emulsification, is noteworthy for grind aficionados who mourn the decline of the sub-genre since the days Napalm Death and Repulsion were at the apex of the scene, fans will only have a short but sweet burst of oozing, rotten death/grind to salivate over on this release. Still, fans into the less-polished death/grind acts will appreciate the band’s raw, primitive sound.

No particular track will stand out to fans, as the five short bursts of creativity here are all worthwhile. This record just whets the appetites of death/grinders out there, having only five tracks to smash skulls in convincing fashion. Fans should take note of track three, entitled “Bonehammer,” for quite a literal parallelism between the band’s name and approach. Also, the band has an obvious Impetigo fascination, as explained by the band’s cover of the Impetigo track “Bloody Pit of Horror” to end proceedings with a bang. The riffs and arrangements are far from complex. They are simple but enjoyable; the songs are easy to headbang to, and the tempo never slows down too long. Death/grind done well is a premium these days due to the shortage of acts.  The fast punk three-chord riffs pace the attack, and the occasional divebomb solo brings nuance.

The band is no novelty act, but they do pay tribute to influences commendably. In particular, amongst the instrumentation on-tap, the guitars hurtle by during the chord transitions at a million miles an hour.  Getting a live drummer that the band uses in the studio here will be a tall task, as the drumming on Cranial Emulsification presents not only a level of precision on the fill-ins, but the drummer does so in a brutal, all-out display of disaffection for the drumkit. The vocals alternate from screams to growls in the guise of early Macabre material and at times transition into vocal vomits. The production does capture the rough grit on the guitars nicely and the snare drum sounds more pronounced, fortunately without the bass drum getting buried in the mix.

With five enjoyable death/grind tracks, underground metal fans may want first dibs into this band’s promising material. While fans of more polished melodic acts may not love Skullsmasher the way fans of raw extreme metal might, fans who look forward to falling face-first into the pit during a live show will want to check out the band’s demo and see what the band might have in store for future recordings.

Get the Cassette here.

In this article:Cranial Emulsification, Skullsmasher