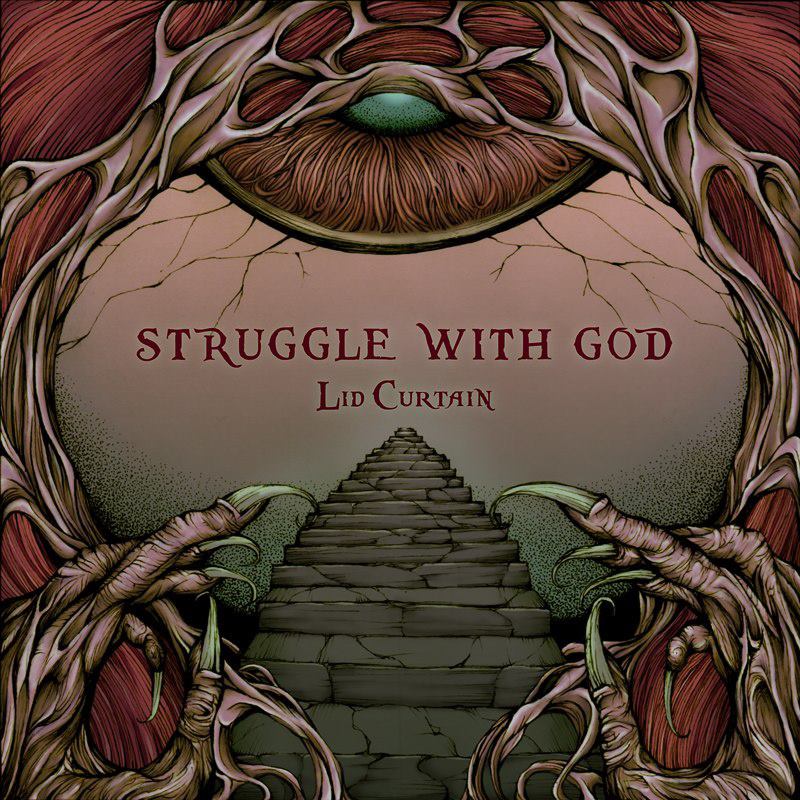 Polish heavy music has received a lot of media attention during the the past fifteen years or so, but mostly because of the wrong bands (yeah I said it, wut). As with any music scene, the age old truth is still rings: the best bands are hidden amid the ones without any means to get themselves discovered. Thankfully, because of the wonderful invention that is CVLT Nation, you can now hear Struggle With God, a volatile mix of groove metal influences put on a stoner rock/doom canvas. The band comes from Pomerania (like the doggie!), but sets itself far apart from the Pomeranian trend, if you know what I’m saying. There’s a lot of influences to be heard in Struggle With God’smusic, and they’re of the Swedish and American varieties. You can tell by listening to how the melodies were built that these guys are certainly fans of Spiritual Beggars, Pentagram and even some…Pantera! Intricate guitar work enthusiasts will be very satisfied with the long, progressive solos on the EP, which are constructed true to the rising tension formula and sound very nice on top of everything else that’s on this record.

There’s a certain amount of pride in this record, and you can hear that from the intro track to the very last note. These guys are saying, we’re here, this is what we do, and you deal with it any fucking way you want. A lot of honesty and admirable work ethic coming from this one. Somebody even put in the time and effort to have a Japanese artist, Yosuke Shiina, design the cover and booklet artwork, which is pretty damn amazing, all things considered. These guys are definitely worth checking out, and spending the $5 on Lid Curtain. Hey, how often do you get to hear a Polish doom band? How often do you get to hear a doom band that’s this good?

In this article:struggle with god