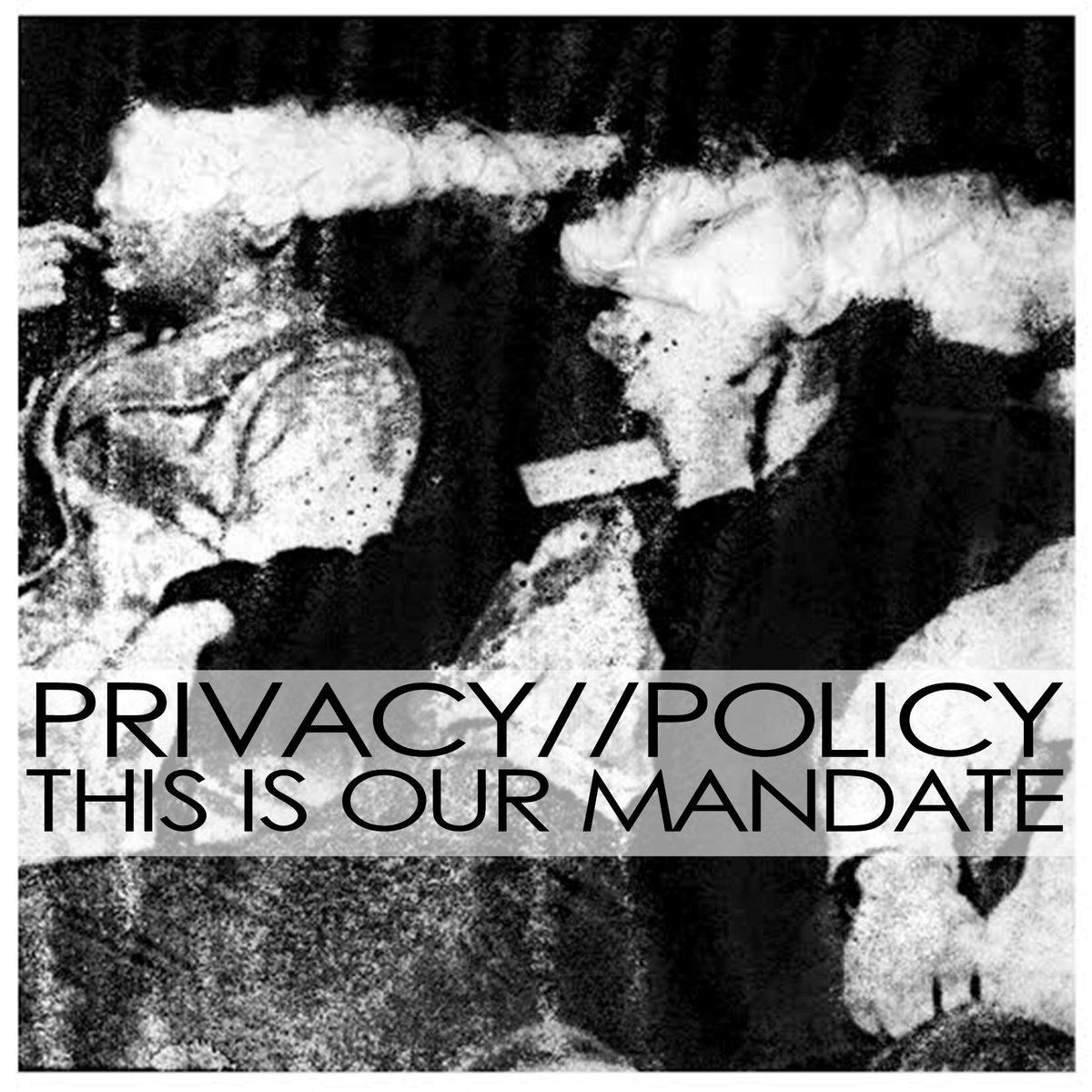 Breaking away from the safer post-punk archetypes, Cleveland’s Privacy//Policy is not devoid of the cold noise made famous by Ian and the boys. However, they also dabble in other elements from the 80’s. “This is Our Mandate” sneaked in under the radar back in June. Sonically the album is one of the more solid releases under post-punk revival banner this year. The album sounds great, with no one trying to hide in the depths of Bat Cave re-verb. The production is concise yet dirty, often slapping it’s thick bass in your face. The vocal performance comes across as highly nuanced and emotive.

There are some smarts invested in these simplistic punk compositions, as the hooks and punches hit the vein like a junkie from West Hollywood. The rock ‘n roll elements on songs like “Time” don’t set these guys too far from a band like the Estranged. They blend a myriad of styles, ranging from surf rock to a more Love and Rockets post-new wave creep. You always have a sense of the band’s identity within these stylistic shifts, so it’s never a question of them not knowing who they are or musically not feeling comfortable in their own skin. It does raise the question of, is this a punk rock band that is growing colder and more new wave, or a cold wave band that began drinking and is losing the restraint to keep their inner rock gods at bay? As the album progresses, it shifts into more of an 80’s pop feel, before taking sharp left into into straight-up rock. Heavily effected guitar keeps a melancholy ambiance to even the more Sunset Strip moments. A few listens proves that even in some of the more foot-on-the-monitor moments, the band still blends their influences to create something familiar, but not borrowed. At one point on the song “Whole,” they come really close to the melody from Modern English’s “I’d Stop the World to Melt With You”, but those pin the tail on the riff moments are more of a freak occurrence. 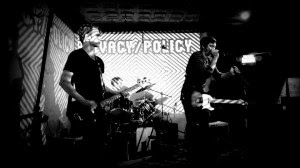 When the rock god temptations go up to 11, the band flirts with a Billy-Idol-meets-the-Cult take on writing almost strip club anthems. It’s an interesting inclusion of the 80’s sound that you never hear the flux of revivalists dipping their head stocks into. Before you throw the disco ball at their glass house, it’s still a few power chords short of the Velveeta from bands like Dead or Alive or Sigue Sigue Sputnik, both of which most goths have been guilty of “washing the windows” to at 80’s night.

Their bassist drops the four strings in favor of an organ on “Rtul.” The organ’s drone is hypnotically pounded into place. They do hit a brief moment of Ian Curtis worship on “In the City” that comes across like a more punk rock version of Jane’s Addiction’s “Mountain Song”. But even here, it’s balanced out with a few Stooges-like screams thrown in for good measure. If you are looking for a good, fun album for those quick trips to the liquor store, then this is worth your time for sure, even with it’s tendencies to head to the dance floor.