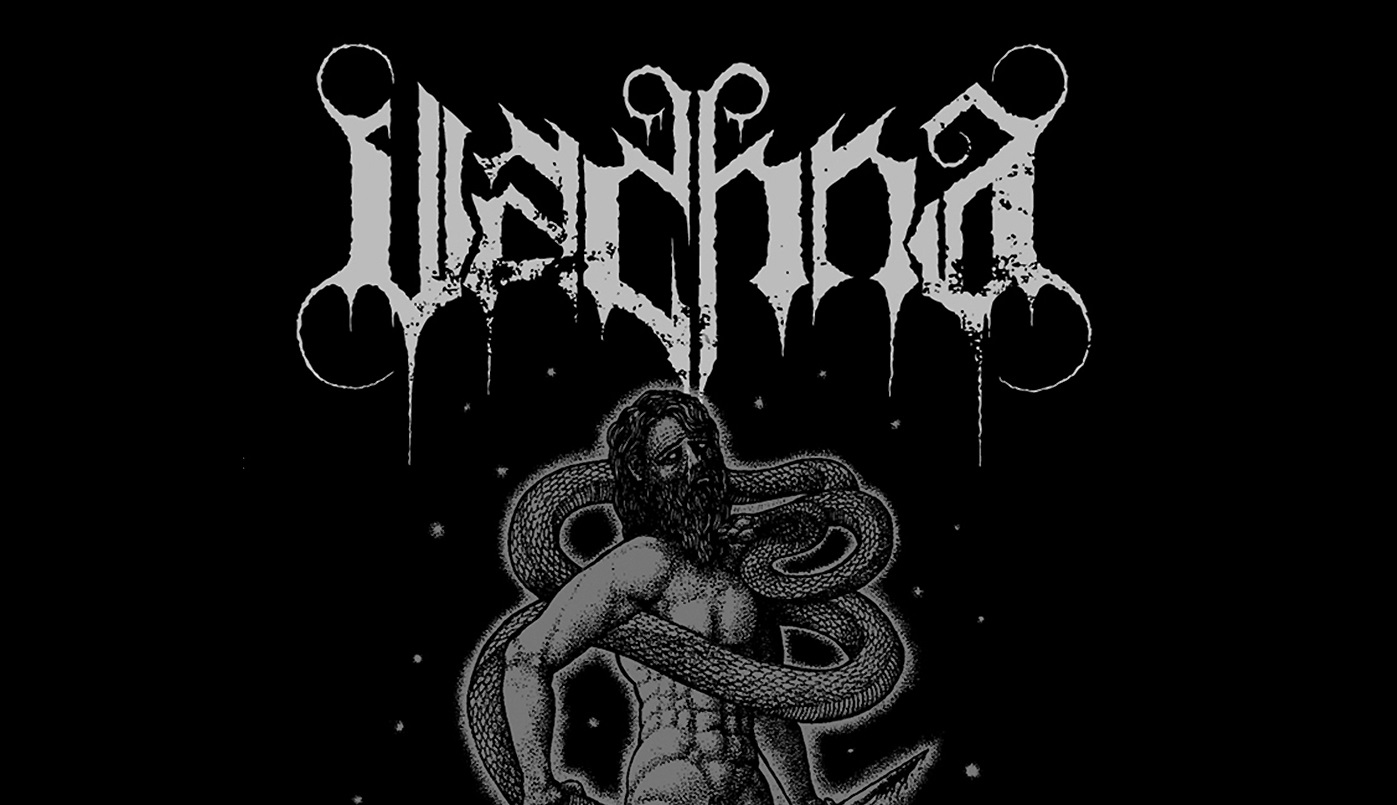 Hailing from the depths of Italy is black/death metal machine VASHNA – a project headed by sole member and contributor Vlkstra. Influenced heavily by the barren lands in the province of Verona which Vlkstra calls home, VASHNA blends visceral dissonance with unwavering brutality on it’s latest release, Know the Way to Embrace the Darkness, 3 tracks of nightmarish, blackened death metal.

Soon to be released as a limited cassette through Eternal Death records, Know the Way… taps in to the same style as bands such as PORTAL and Impetuous Ritual, using straightforward ferocity and dissonance to create an extremely raw listening experience. Murky, low end riffs fester and swirl around the never ending barrage of blast beats and dual vocals (Vlkstra combines highs and lows together, sometimes out of sync, creating an effect of bewilderment and confusion, as if several forces are participating in the ritual). Opening track “Elpmet Tsrif” (“First Temple” spelled backwards) explodes through the gate, tearing and blasting away with unparalleled barbarity, bludgeoning and pounding through thick, discordant riffs and skittering blast beats. Second track “Elpmet Dnoces” (“Second Temple”) continues to scold, battering and beating its way across landscapes of darkness and hatred. There is a break towards the middle of the composition, and an unsettling, distant droning sound enters, adding to the caustic and claustrophobic environment. “Elpmet Driht” (“Third Temple”) opens slowly, showcasing Vlkstra’s ability to tread into doom metal territory. However, after a few minutes, the violent barrage of blast beats returns, berating and pummeling with inharmonious cruelty, closing the album in the same way that it opened – a barrage of blackened death metal savagery. Know the Way… is an alarming and unnerving experience from beginning to end. It is unbalanced and discomforting, but unabashed in it’s brazen defiance of harmony.

Encapsulating and interpreting the albums raw and abysmal tone onto album artwork is STRX – both the album art, as well as VASHNA’s logo were created by the Italian illustrator, who also hails from dismal depths of Verona. Being the first and only release belonging to VASHNA, the 3 tracks on this release are a bold statement that prove Vlkstra is just beginning to carve out a niche for himself. While Know the Way… isn’t aimed at redefining a style of music, it does contribute stylistically to a specific aesthetic of extreme metal, creating a deadly release that shows promise for an artist who obviously has a lot to offer.

Know the Way to Embrace the Darkness is available to pre-order here through Eternal Death records. It is available digitally, as well as a limited edition cassette with only 100 copies being produced. There is also a pre-order bundle available that includes an exclusive shirt. Know the Way… will officially be released in early October.