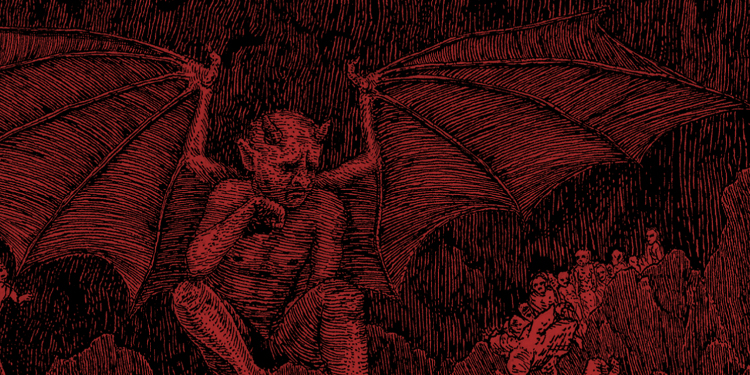 It has come to my attention that my own local act, HELL, a fucking evil sounding solo doom project ran out of  “sleepy Salem” Oregon by the elusive and private man known as MSW, is set to put out their first new full length release out on cassette (disregarding a few splits) since 2012, that will be named… Hell; no Roman numerals this time.

This is an especially big deal since the band has since then toured Europe and played Roadburn in 2016, so their fanbase has been expanding far beyond the locals and the niche groups elsewhere. The band has been active since 2008, and has kept very busy since, with at least one release almost every single year since inception.  As their popularity has grown, the music has stayed just as evil and worth its namesake – hellacious as we could expect.

MSW has stayed low key despite the rise in popularity, but he was willing to release a teaser sample for the soon-to-be-released cassette. From what we have of the new song (titled “Wandering Soul”) we can hear the same tortuous shrieks and slow heavy distortion that has always marked the band, but with more of a forward force than usual that makes it feel more in-your-face with heavy riffage than previous records with a more brooding mood. Both are sinister as fuck, and we will have to wait and see more when the full length comes out soon.