After exhausting Ötzi’s self titled demo and Gong Show EP to death over the last year, I’m pleased to announce this badass Oakland deathrock band is finally releasing their first LP, Ghosts! I get chills (pun intended) when I listen to “Winter.” It has that early 80s spooky/shoegaze/postpunk Cure sound to it, but their haunting vocals are what really does it for me. Akiko and Gina’s voices are distinctive from each other in such a way that forms a perfect balance and frankly, I can’t get enough of it. I first learned about this badass Oakland band through Dave Cantrell’s Songs From Under the Floorboard, and had the honor of watching them play Out From The Shadows III Festival earlier this year. Get excited if you aren’t already, because there’s a reason I love them so much – the interview below is very revealing…

What is Ötzi’s origin story? How did you guys first meet and get started as a band?
Gina Marie: The band started 3 years ago after Akiko and I ran into each other at a show shortly after we both moved back to Oakland. We first met in the late 90’s in the Bay Area at the tail end of Riot Grrrl. We had crossed paths again in Brooklyn in the 2000’s when our bands at the time played together.
It was cool to run into her again after nearly 10 years and neither of us had a music project set up here. We were both feeling inspired to play dark music and clicked really well.
Where is the name Ötzi taken from?
Gina Marie: We get asked this question a lot! Ha!
Ötzi is the name of the ice mummy that was found in the Ötztal Alps in 1991. We thought it was creepy, and cool. There’s even talk of a “curse”. Hopefully we’ll get to see him at the museum in Bolzano, Italy, when we tour Europe in September.
Akiko: Our former keyboard player Lindsay, who played on our demo tape, was the person who suggested the name while brainstorming with Gina at her shop. How did you guys come to the decision to both sing? Is it easy to decide who sings which parts?
Gina Marie: We both have always sang in our previous bands, so it was just natural. We usually just trade off or if one has a melody first go from there. The vibe of the song can also determine who might sing lead on that one too. When writing the LP, I took a step back from singing to work on my drumming parts, and was happy to do more backing vocals.
Akiko: Yeah, we just both started singing immediately and never questioned it. As we’re writing, because playing drums and singing is more complicated, I’ll check to see if Gina has a drum part where she’s also comfortable to sing and if not I’ll put my own vocals in that place.
Who writes the lyrics?
Gina Marie: We both write our own lyrics, generally. When we start writing a song we’ll discuss a topic or theme that is inspiring us and go from there. Akiko usually sends me her draft first (she’s good and quick) and we’ll work together on mine if I’m feeling stuck. Who and what inspires your music?
Akiko: I don’t know! Bats. Wind. Fake magic. Whatever the world’s inputs are. When I have concepts in my head that can’t be expressed in a linear fashion, those ideas will often become Ötzi songs.
On a daily basis I’m most inspired the activists that I know, but that’s not my strong suit. I think what I appreciate most about music is its ability to create this sonic forcefield where nothing really matters except what you’re hearing. So what inspires me to play music is the ability we somehow have as musicians to create these temporary intentional zones where we can hold space for our friends and audience and try to ensure that people feel safe and respected there and feel like their experience matters. Which is essentially a long way of saying I love a good party.
As far as creating music goes, I think the main driving force behind all the music I make is probably a need to release a lot of long-held anger and sadness and to elevate that into something more positive. I think being born biracial into a white supremacist family and growing up as a girl in rape culture made a lasting impression on me that I can never shake. And being a constant witness to capitalism and fascism and racism and all the ways our societies need to evolve but choose not to. Those sentiments are what drove me towards goth and punk subcultures when I was a teenager, and they continue to infect the music that I put out. So I just try to harness what some call “negative emotions” into my own impetus to create change, and into creating art that feels true to me, art that hopefully others can connect with as well.
Gina Marie: To be honest, I’m very inspired by Oakland right now. The community here is very strong and supportive. The fighting that everyone is doing on a daily basis to keep their “affordable” homes, to keep safe spaces safe, to be inclusive and diverse motivates me to be more active and to express myself. Several songs on the LP feel very horror-oriented, are you guys into horror films?
Akiko: It’s funny that you get that out of it! I didn’t mean for it to come off like that in these songs, but I guess I can’t help it. It’s definitely my fault, I’m a horror director. Most recently I’ve been working on a horror short series called Flesh Trade, about a community of queer sex workers that battles an interdimensional god-demon that only they can see. But lately we’ve been pretty busy with Ötzi, so as I take time away from film directing I’ve become more conscious of incorporating a late 60’s occult vibe into our music videos.
How long did it take you guys to write the new LP?
Gina Marie: We started writing it fall 2016 with some breaks here and there. About 6 months total, not including the 3 older tracks we re-recorded to include.
What was the recording experience like compared to your EP?
Akiko: The experiences were completely different but both were fulfilling in different ways. It was important to me that the Ghosts LP be recorded analog, which is why we first went to Stan Wright at Buzz or Howl. In Portland at Buzz or Howl we had this moody, misty weather and the assistant engineer, Derek Leisy, is maybe the chillest guy in the whole world. And we had this gorgeous-sounding console and a clam-shaped recording room, which was a totally new experience for us. Stan’s philosophy seemed to be one where he prioritized the flow and the feeling of the songs over everything else, and that looseness allowed us to relax and let the music be whatever it was meant to be.
For our Gong Show EP, Nicholas Taplin at Post-Consumer Studios in Oakland is also extremely talented, but is much more of a details person and is very technically-minded. He has a digital studio is in a tall converted storefront with in East Oakland. Nicholas was focused on creating crisp, perfect sounds, which I think suited the songs we recorded there well. While Buzz or Howl and Post-Consumer sit on almost opposite ends of the indie recording spectrum, we were very happy with the results of both projects and developed lasting friendships with both Nicholas and Stan. Stan is even co-releasing Ghosts with us! We were lucky to catch him as he was just starting his new label, Last Hour. I understand you guys are taking on a European tour this year! Where else have you toured?
Gina Marie: Yes, we’re playing 13 dates in Europe from September 13th to 26th. Previously we’ve done two tours around Mexico. We loved it so much the first time we went back 7 months later.
Last summer we toured to Texas for San La Muerte fest and our last tour was in the Spring to record our LP and play Out from the Shadows Fest in Portland.
Do you have any regular venues and/or sister bands you tend to perform with in California?
Akiko: In the Bay Area, we always love playing with V.E.X. (Voltage Empath Xanaxax), False Figure and Mystic Priestess, although there are so many great dark bands in Oakland that it’s impossible to list them all. As far as Los Angeles bands, we’re looking forward to playing with Terminal A again at Near Dark Fest in August, which Gina is organizing. For venues, that’s unfortunately been a struggle in the Bay Area over the past year. There are lots of underground venues that are integral to the incredible music and art culture in Oakland and who are appreciated immensely, but since the city’s been cracking down on them, their venue names have to be protected. But if you come visit, we’ll tell you where to go!
Gina Marie: The Hanging Garden and Cider Up shows have treated us well. We’ve been lucky to play with so many rad bands (local and touring) at their nights.
In this article:california, california deathrock, DEATHROCK, GOTH, interview, oakland, Otzi, postpunk, shoegaze, stream 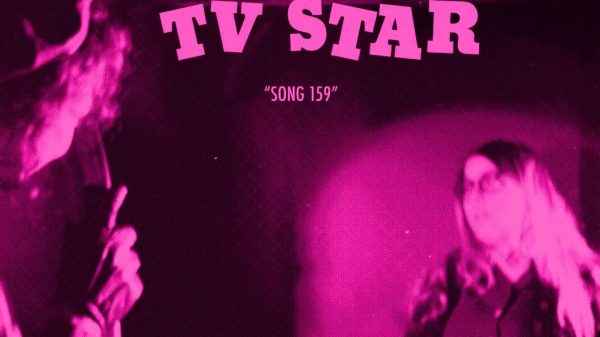