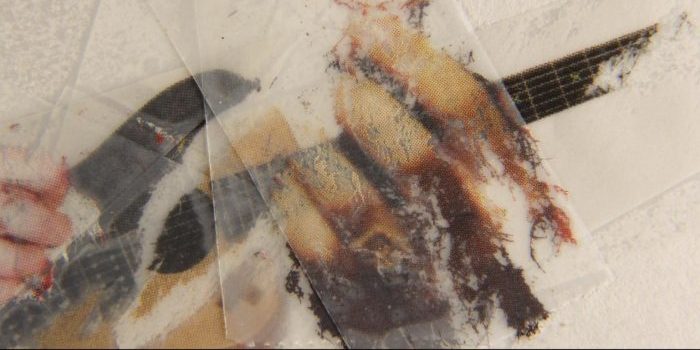 In case you missed it, Philadelphia based post-punk trio Tulipomania released their new single last month, “Off The Map”! This was released on Sursumcorda Records via maxi-single and also includes the song “On The Outside” remixed by London band Spinello.

While Tulipomania is often compared to Talk Talk and other early 80s post-punk bands, these particular tracks are difficult to compare to that of any other band’s work. “Off The Map” is definitely on the dark side of post-punk, but it has a bit of a jangly blues sound that hangs off the rest of the song like a layer of grittiness. In that sense I’m almost reminded of Nick Cave and the Bad Seeds, but why compare? The song pulls you into its own world.

“On The Outside (Spinello Remix)” could not sound further from “Off The Map”. It still fits under the post-punk umbrella, but it’s dub and electronica based. Honestly it doesn’t even sound like the same band! It puts you in a completely different trance.  This maxi-single includes an instrumental version of the song as well.