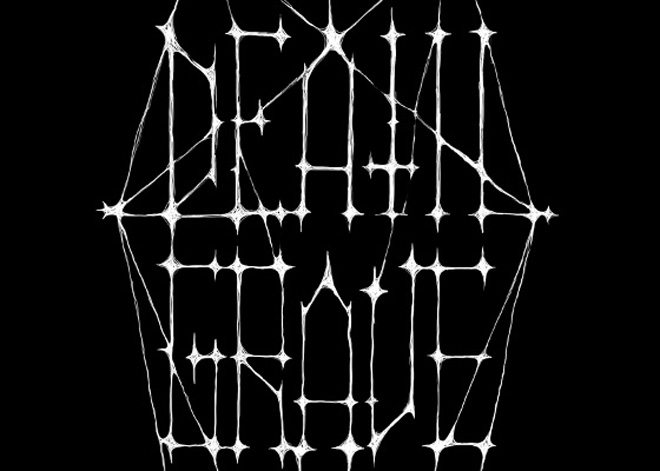 Grind, Powerviolence, punk, metal, fast and brutal shit…. call-it-what-you-will, we don’t really know what to call this crazy release aside from fucking awesome! What you can stream herein is the debut offering by the Bay Area’s newest spine-splitters, DeathgraVe! Based out of San Jose and Oakland, members of DeathgraVe are: Matt on drums, Fern on bass (also Amber Asylum, ex member of Bird, ex member of Ringwurm), Andre on vocals (also of San Jose death metal bruisers Cyanic, ex member of Bird, ex member of Casket Blaster) and Greg Wilkinson on guitar (Brainoil, ex member of Laudanum, ex member of I will Kill You Fucker, super-renowned all-things-heavy sound engineer and too many other bands to mention!). Their debut self-titled Demo is everything you would want to hear as the soundtrack to an insane and hysterical poser-killing rampage!

What we have here are seven blistering and rabid tracks of insane and ultra-violent rock and roll, all of which barely make it over the one minute mark, but which are all just fucking incredibly brutal and ripping. This insanely awesome demo is hard to classify. It’s grind but it’s not, although you can here some Nasum influences in here along with other elements coming from Anal Cunt, Void, Assuck, Extreme Noise Terror and even Excruciating Terror. As you listen, you hear some weird powerviolence hints too, but then again, it really isn’t powerviolence. You get the insane speed and crazy energy of Charles Bronson, and some insane Infest-styled moments that sounds like the band is shooting its riffs out of a fucking Gatling gun instead of through their amps and instruments, the sheer speed and force of them is so over top. Some doomy-sludge moments and some other more straight up punk/rock and roll moments stir shit up even more, making the affair even crazier and harder to pin down. But overall, we just wanna call this an insanely brutal and awesomely heavy extreme-punk album, one that will greatly please any fan of over the top and uber-intense grind, hardcore, powerviolence and the such. Just get into this awesome demo, and let it rip through your fucking face like a chainsaw!