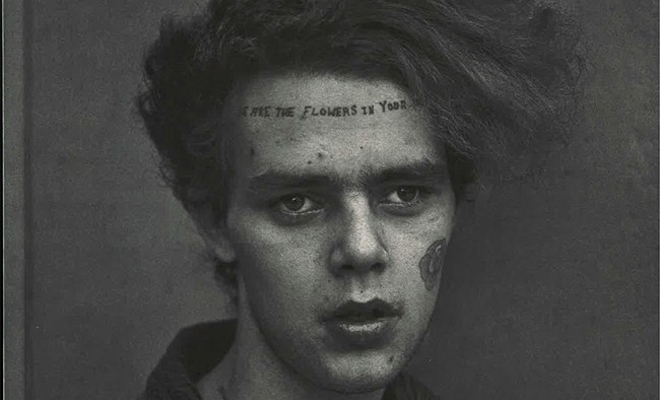 On Jan. 13, 1973, Derek Ridgers remembers pushing his way through the crowd at Eric Clapton’s Rainbow Concert, climbing over the fence and joining the press to photograph the rock legend. At the time, Ridgers worked in advertising and was surprised how easy it was to fake being a press photographer. He quickly realized a camera could help him approach his heroes and idols; he has been photographing famous bands and musicians ever since.

Ridgers, however, didn’t focus his camera solely on the stage. In 1976, he turned his attention toward another group of people: a loud and energetic crowd of punks. “What could be more photogenic then punks in clubs?” he asked. His new book, 78-87 London Youth, full of portraits of painted faces, colored hair, tattoos, and eccentric clothing, proves his point.

From 1978 to 1987, Ridgers would go out up to three times a week to Billy’s, Blitz, Taboo, Electric Ballroom, or other iconic clubs based in East or North London. Often, he hitchhiked back to his home in West London, returning in the early morning, just hours before having to start his day job. Although the photographs make him seem as though he was in the heart of the punk scene, Ridgers hardly drank, didn’t touch drugs, and was alone observing from the sidelines. He stood quietly in the shadows of the clubs with a notebook and camera, sometimes waiting hours before taking a shot. He only wanted to photograph people he was drawn to and would make sure to position him self strategically next to an interesting backdrop or hallway. “During the ’70s and ’80s, 90 percent of the crowd would say yes when I asked to photograph them, and the rest would ignore me or say no. … It’s not quite the same today. It’s probably 30 percent who say yes,” said Ridgers. It was an era where people would dress up and push their looks to the extreme in order to break away from the mundane backdrop of London in recession. Artist and director John Maybury wrote in the book’s preface, “[T]o walk into the Blitz, Taboo or any of the other clubs was to enter a kaleidoscope world of like-minded hedonists.” This was perfect for Ridgers, who said, “I liked to photograph people who came out especially to be looked [at].” He also asked each of his subjects before taking their photograph in order for them to honestly present themselves, aside the loud music, drinks, and drugs, and have them be as aware as possible.

Although Ridgers’ book spans 10 years, that wasn’t the end of his longing to capture the punk scene. He still goes out to photograph clubs today with no intention to stop. “I’ve documented clubs for five decades. I’ve got a 240-page book in the making (about that period titled The Dark Carnival). You could say I don’t need any more photos, so I’ll stop when I get a publisher for the next book,” he said.