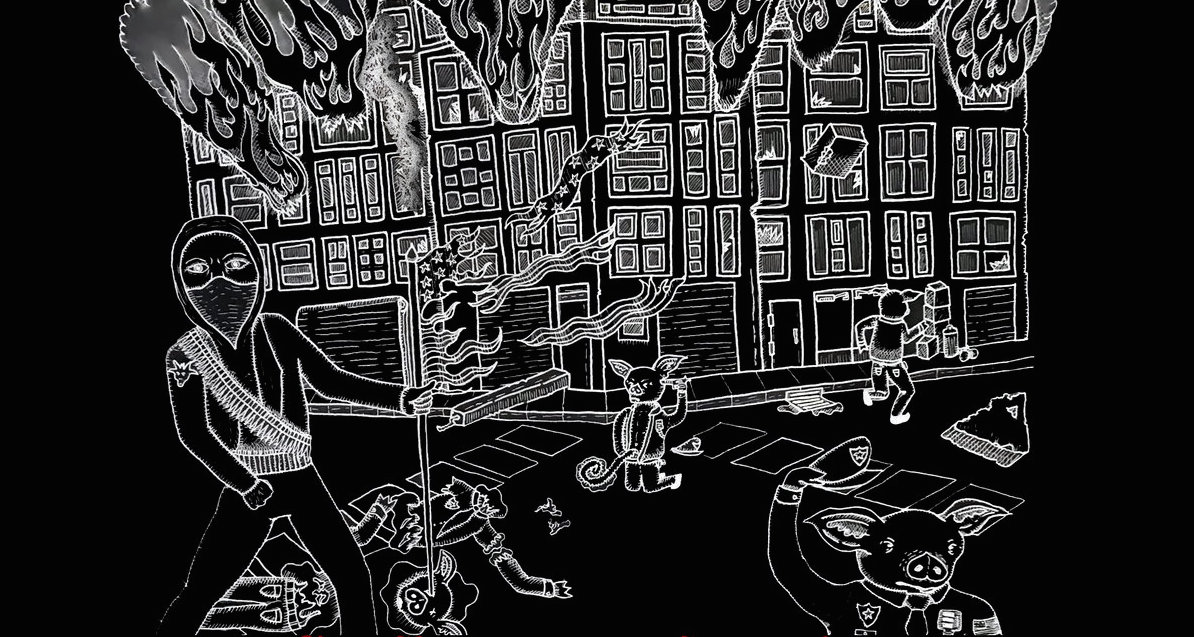 How many metal heads are willing to fight the real WAR – the war against Police Brutality and White Supremacy? From what I can see of today’s War Metal scene, not too many, because I see a lot of LARPing posers in bullet belts that don’t stand for shit! War Metal shouldn’t be about some fantasy land of state-sanctioned violence that puts more money and power into fewer hands, the real war is fighting the capitalism and imperialism that are fucking up the world. That’s why Denver’s Poisonous Wind has released one of the most important War Metal records of 2020 in Conflagration of the Sty. With songs like “To Serve Is to Be Enslaved” or “Intoxicated by the Illusion of Dominance,” this band is aiming to be a part of the solution. Don’t get it twisted – what I love about this release more than anything is that it’s brutal AF but still has an addictive, sinister groove. There’s seriously not one whack song or weak moment on this record! Listening to songs like “Savage Ignorance,” I wish more bands were fighting the real war instead of hiding out on underground metal forums whining about the people who are actually standing up to this bullshit system. Respect due to Poisonous Wind not for their on-point politics, but mostly because Conflagration of the Sty shits on most War Metal coming out today. I can’t get enough of this record – all I want is for it to be released on tape so I can blast it on our system! War is in the wind and Poisonous Wind is armed and ready to take out all posers!!!