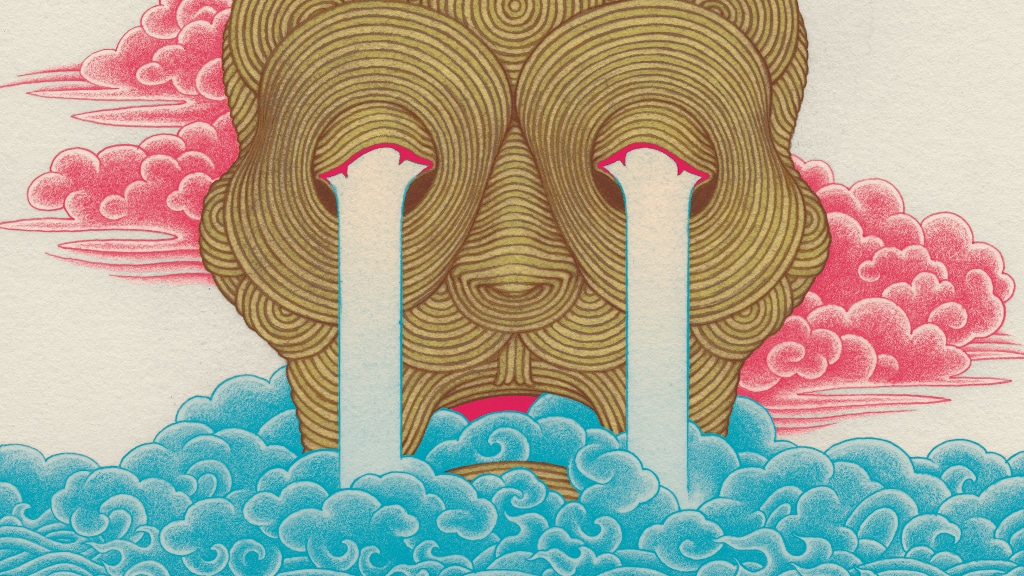 PLAGUE ORGAN are a new avant-garde extreme metal hallucination from the Netherlands formed by Rene Aquarius of Cryptae, Dead Neanderthals, Imperial Cult etc. on drums, vocals and synths, and by sound engineer Marlon Wolterink on bass, synths, and vocals, debuting with their first album “Orphan”, a hideous experiment of psychological aural horrors aimed straight at the listeners pineal gland to unleash a feeding frenzy of aural hallucinations that will devour the mind. It’s anyone’s guess where this band got its delirious, absurd and diseased sound, as it’s truly something completely unheard of and nearly impossible to categorize, but it draws its parasitic life from across an enormous spectrum of influences, as within the single guitar-less forty-minute sonic deformity that composes the album you will hear elements of drone metal, ritualistic black and death metal, industrial, dark ambient and surreal psychedelia being blended into a lysergic aural hallucination that will corrode your neurons.

The single behemoth track develops around errant and pulsing bass lines, formless and claustrophobic synth patterns and hideous spectral death metal grunts, remaining locked into a demented blast beat for forty minutes, the singular backbone of the piece, while all around it the demented duo weave a suffocating instrumental ambient fractal of decaying sonic malformations and diseased incantations, which as their label Sentient Ruin states, brings to mind the most fringe experimenters of the extreme metal world like Ride for Revenge, Sleepwalker, Sunn O))), Chaos Echoes, Antediluvian, Oksennus and Sect Pig. While all of this seems to be true, all the aforementioned references remain rooted in a somewhat conventional compositional and executional framework, while Plague Organ just derail off any discernible track, taking a life unto their own and resulting in one of the most cryptic, hideous, and surreal extreme metal experiments to have ever been conceived by a “human” mind. “Orphan” is released by Sentient Ruin on August 28 2020, you can grab the release digitally and on cassette tape from the label HERE. And don’t miss out on Stefan Thanneur‘s masterful artwork for the release, just another marvelous piace that goes to form this astonishing and formidable puzzle.