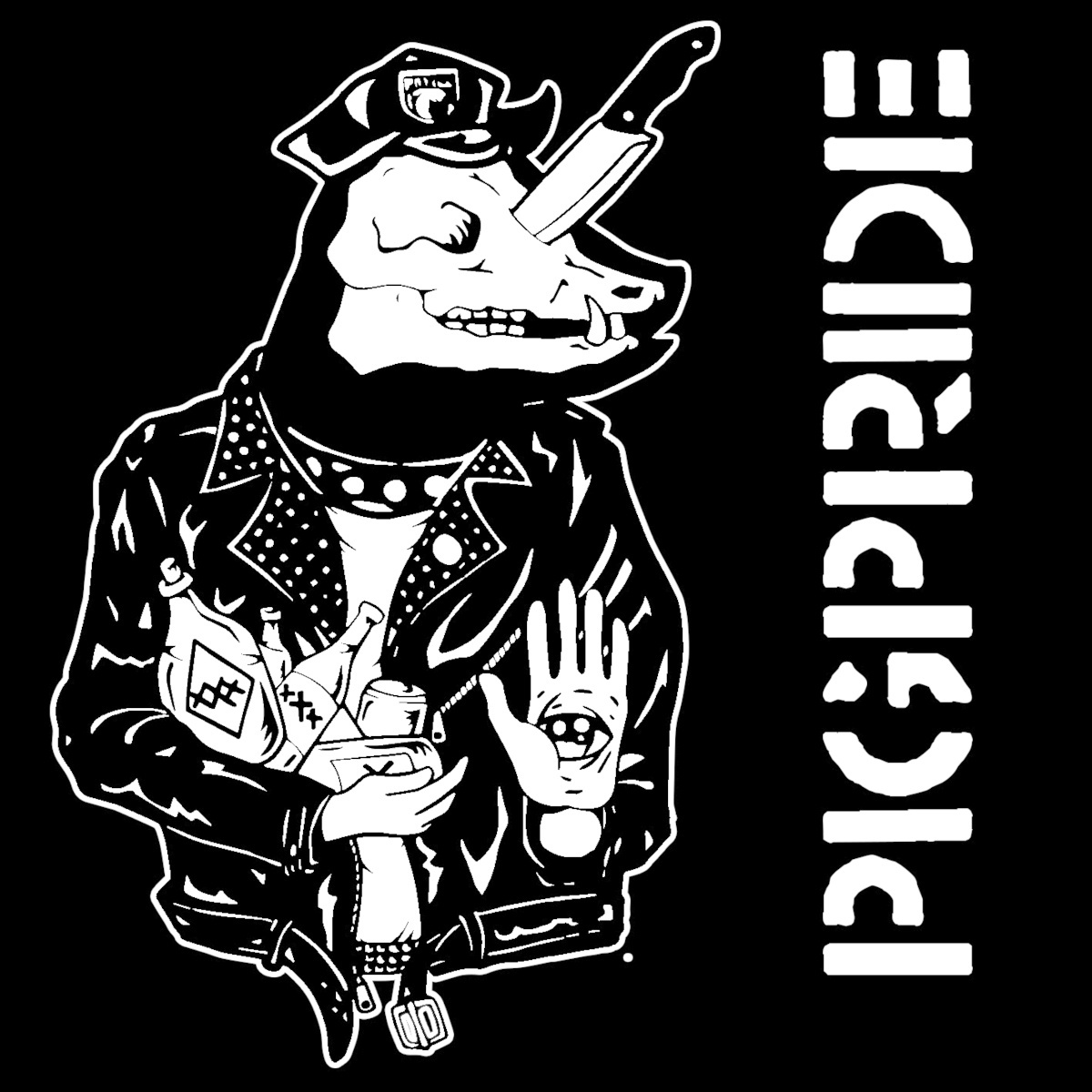 This certainly isn’t a new phenomenon, but in the era with ever-present police brutality, it’s certainly a topical one.

It’s 2014 and no one knows exactly what to do. Protests, revenge attacks, FBI investigations, graffiti; it’s confusion and chaos and the future is uncertain – unwritten maybe.

Well, hey. Punks have always hated the police. It’s only natural and it leads to great tunes, right? Police Story! Police on my back! Fuck authority!

With their first demo, Pig Pride have captured that. With a tinny five-minute mess of raw, black-metal inflected punk, they’ve got youthful exuberance on tap.

Opener “Csinovnyk” is a street-level blast of hate, managing to be cold and mountainous like black metal and somehow relatable and stirring.

The third track, “Nyomor,” moves at a doomy crawl not unlike the second half of Black Flag’s “My War,” before rocketing into a street-punk-by-way-of-a-smashed-jugular jam. These guys aren’t just guttersnipes with trashed equipment, they can actually play.

The whole record screams wheatpaste, diy and beer, and I love it. I bought the tape and I wouldn’t mind a patch.

These are all great songs, and they make me want to flip a cop car, or maybe walk jauntily down the street. I shouldn’t though, either one could get me shot.