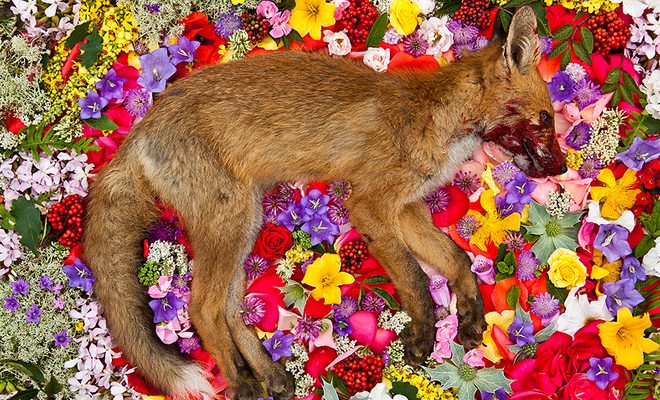 I had a thing for dead animals as a kid. Not in a serial killer way – I never took any lives myself – but in a mournful, respectful kind of way. Whenever I spied roadkill near my house, whether a squirrel, a cat or a mouse, I would dutifully walk home to fetch a shovel, and then carry its bloody, broken body home. The same would be done for the beheaded rodents and birds my cat brought home – I would scrape their entrails off the front porch and collect all the pieces I could after his crazed bloodbath. In my backyard, I would perform funeral services for these murdered creatures, fashioning little crosses to mark their spots. Later, when my parents overhauled their garden, they found countless little skeletons at the back of the yard, some in little boxes and others just becoming the earth they were entombed in. Russian artist Maria Ionova Gribina shared my passion for memorializing animals as a child, and has created a series called Natura Morta in remembrance. She creates a pyre of flowers on which she lays their cold, furry bodies, and then photographs them. The result is a memorial more beautiful than any I’ve seen or created in my lifetime. Check out Natura Morta below…

I found these dead animals during bicycle rides to the sea in the summer. I wanted to find a way to save them for world of art. They were so unprotected… One or two days more and they would be eaten by worms.

I remembered my childhood. When I with my brother found a dead mole, bird or bug we buried them on the border of a forest. And we decorated the grave with flowers and stones. Why we did it that way? Probably it was a children’s curiosity, our first studies of mortality.

In this project I work with my childhood memories and with the subject of life and death. All animals died naturally or after accidents with cars. The flowers were gathered near dead animals and in my garden. 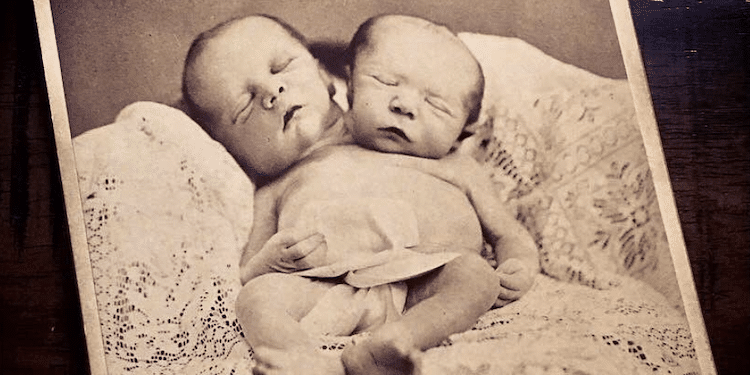 Some of the earliest posts I did for CVLT Nation were my Creepiest Photo Albums, and they have been some of the most popular...